Remember when they called it “Global warming?” After all those Al Gore predictions failed to come true, it was rebranded to “Climate Change,” but the argument was still the same: Give us money and stop allowing poor people to use capitalism to better their lives!

In the new National Security Strategy from Trump’s White House there are some interesting new developments, including the possibility of allowing federal protections for private enterprises looking to explore space, supporting new research against the threat of biological weapons and to enhance the vetting of prospective immigrants to “keep dangerous people out of the United States,” but the bit about climate change is what we’re looking at here. 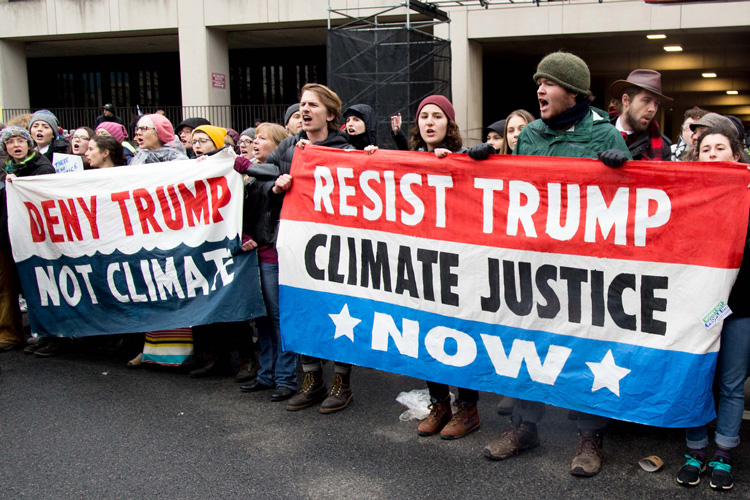 “Given future global energy demand, much of the developing world will require fossil fuels, as well as other forms of energy, to power their economies and lift their people out of poverty.”

Instead of tackling “climate change,” the Trump administration is looking to discuss climate policies because they recognize that they will “continue to shape the global energy system” and that:

“U.S. leadership is indispensable to countering an anti-growth energy agenda that is detrimental to U.S. economic and energy security interests.”

That’s to say, previous admissions of guilt and the money that went with it was detrimental to the whole world. A poor person, whether in the States or overseas, needs to be able to use fossil fuels to lift themselves out of that poverty, whether it be through the use of transit to get to work, or to deliver goods, or through other electrical demands. Here, we can see that the Administration is confirming that their policy is climbing out of poverty is good and that oppressive demands from the climate change crowd is bad.

Lord Christopher Monckton, a former Margaret Thatcher adviser, is one man who has been bandying on about the personal impact of climate change and global responsibility from a conservative standpoint. One of his relevant points is that the evils that contribute to poverty such as disease and a hungry population can be alleviated if the people in these situations are able to rise out of their poverty. Richer families tend to have fewer children and the only way to create wealth is to allow capitalism to flourish. Capitalism, with its stereotypical chugging factories, is considered evil by leftist climate change protesters who believe that humans are a mark on the world and that the environment should never be secondary to human life.

Obama’s speech on climate change was scary. It will lower our standard of living and raise costs of fuel & food for everyone.

Trump has been signalling his anti-climate change beliefs since he was on the campaign trail, despite Barack Obama’s recent assertion that he personally was responsible for the current uptick in economic growth specifically due to his policies that championed fixing the climate[5] and lowering the tides. Remember that stupid speech from 2008, where Obama said that “this was the moment when the rise of the oceans began to slow and our planet began to heal?” Well, his policies apparently didn’t work. And instead of continuing on with that madness, Trump is looking instead at the wild idea of allowing people to do what they want in order to really make a better life for them and their own.