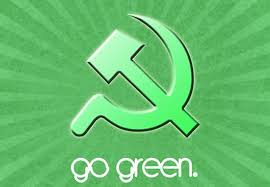 Crazy George Monbiot attempts to couch this in “environmental” terms as a placeholder for his real Belief in anthropogenic climate change, and, he does have a few points regarding over-consumption, let’s be honest, but, at the end, it’s all about changing the whole system

Too right it’s Black Friday: our relentless consumption is trashing the planet[2]

Everyone wants everything – how is that going to work? The promise of economic growth is that the poor can live like the rich and the rich can live like the oligarchs. But already we are bursting through the physical limits of the planet that sustains us. Climate breakdown, soil loss, the collapse of habitats and species, the sea of plastic, insectageddon: all are driven by rising consumption. The promise of private luxury for everyone cannot be met: neither the physical nor the ecological space exists. (snip)

With every generation, the baseline of normalised consumption shifts. Thirty years ago, it was ridiculous to buy bottled water, where tap water is clean and abundant. Today, worldwide, we use a million plastic bottles a minute.

Every Friday is a Black Friday, every Christmas a more garish festival of destruction. Among the snow saunas, portable watermelon coolers and smartphones for dogs with which we are urged to fill our lives, my #extremecivilisation prize now goes to the PancakeBot: a 3D batter printer that allows you to eat the Mona Lisa, the Taj Mahal, or your dog’s bottom every morning. In practice, it will clog up your kitchen for a week until you decide you don’t have room for it. For junk like this, we’re trashing the living planet, and our own prospects of survival. Everything must go.

He kinda has a point, right? Interestingly, his Warmists brethren are pretty bad at practicing what they preach

The ancillary promise is that, through green consumerism, we can reconcile perpetual growth with planetary survival. But a series of research papers reveal there is no significant difference between the ecological footprints of people who care and people who don’t. One recent article, published in the journal Environment and Behaviour, says those who identify themselves as conscious consumers use more energy and carbon than those who do not.

Well, now, that’s a heck of thing, isn’t it? That “green” consumers are hypocrites. Regardless, Monbiot attempts to go to blame “the Rich”, whom he apparently believes are middle class and up, if we read on. They’re bad, because they recycle and stuff, then take fossil fueled flights for vacations. What he recommends is decoupling, which, in practical terms, means killing off growth

A global growth rate of 3% means that the size of the world economy doubles every 24 years. This is why environmental crises are accelerating at such a rate. Yet the plan is to ensure that it doubles and doubles again, and keeps doubling in perpetuity. In seeking to defend the living world from the maelstrom of destruction, we might believe we are fighting corporations and governments and the general foolishness of humankind. But they are all proxies for the real issue: perpetual growth on a planet that is not growing.

It’s always interesting when Warmists trot down the road to doing away with any form of capitalism for their cult, even as they beat around the bush to say it.

Green consumerism, material decoupling, sustainable growth: all are illusions, designed to justify an economic model that is driving us to catastrophe. The current system, based on private luxury and public squalor, will immiserate us all: under this model, luxury and deprivation are one beast with two heads.

We need a different system, rooted not in economic abstractions but in physical realities, that establish the parameters by which we judge its health. We need to build a world in which growth is unnecessary, a world of private sufficiency and public luxury. And we must do it before catastrophe forces our hand.

If you read that last link, it is all about government being in charge. They build the swimming pools and such for the public to use. There would be no private ones. But, oh, they would all be controlled by “communities”. Basically, this is all an outshoot of Marxist theory. They do not care about the environment nor ‘climate change’: they’re merely excuses to initiate a far left economic system with government control.