Will “Climate Change” Push Ikea To REMOVE Its Famous Meatballs From The Menu?!!

The unmitigated stupidity of the Church Of Climate Change strikes once again. Try to get your head around this fresh pile of leftism[1]… 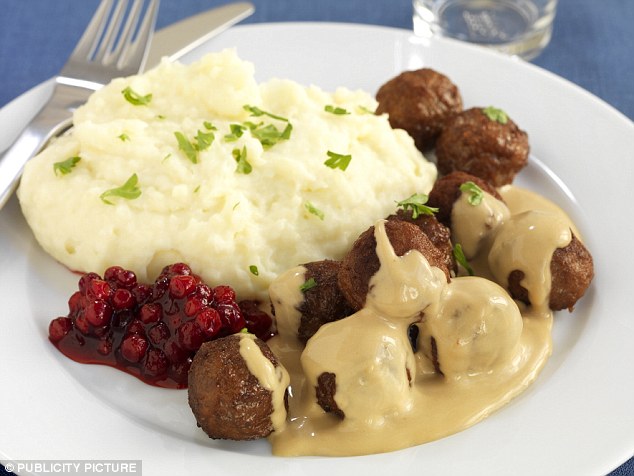 If you’re a fan of Ikea’s meatballs, prepare for a shock.

The chain is considering sacrificing its famous dish … because of fears over global warming.

Its researchers have come up with alternative recipes to help reduce consumption of meat, which is blamed for fuelling climate change.

The Swedish chain is already developing a vegan version of its meatball.

Its experts suggest other possibilities could include a ‘crispy bug ball’ made from insect protein; a ‘lean green algae ball’ and a ‘nutty ball’ made from grains and vegetables.

Other options include using food waste or printing the balls from artificial ingredients and nutrients using a 3D printer.

For those who demand meat, the company’s research lab, Space10, suggests it could be grown in a laboratory, rather than using real animals.

Methane emissions from cattle, mainly their burps, are responsible for a huge amount of the globe’s global warming problems.

Naturally, this dopetastic idea comes from the pop culture and the intellectual rot it offers…

Just this week, the actor and former governor of California, Arnold Schwarzenegger, suggested people will have to cut down on eating meet as part of a reduction in the need to rear so many cattle.

The current Ikea meatball, called Kottbullar by the chain, are a simple but tasty mix of pork and beef, breadcrumbs with a little potato, egg, onion and seasoning.

The decision to offer a vegan version, which is still in development, was made following pressure from anti-meat eating groups and animal welfare campaigners.

These included PETA – People for the Ethical Treatment of Animals – which complained ‘The meat industry is a major producer of the greenhouse-gas emissions that cause climate change.’

Space10 has published a report titled Tomorrow’s Meatball, which investigates the various alternatives to meat.

It warns: ‘Like it or not, meat-eating and our increasing demand for food is becoming a problem for everyone on the planet.

OK, OK. We’ll stop. Besides, we’re hungry. We’re thinking a nice, juicy steak for dinner would be a good idea.