100 Years Of Electoral Maps: The Country Can Change Faster Than You Think

In 2004, we were hearing talk about how Republicans had realigned the map and Democrats were DOOMED FOREVER. Now, just 8 years later, after Mitt Romney lost an election he should have won, we’re hearing the same thing from Republicans.

The fact that an easy win for Obama in 2008 was followed by the GOP’s best year in half a century in 2010 should alert people that the political winds can shift faster than most people realize. But, if that doesn’t do it, then take a look at these: two maps[2]. 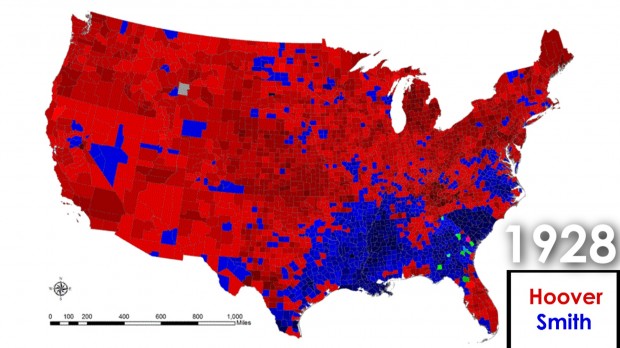 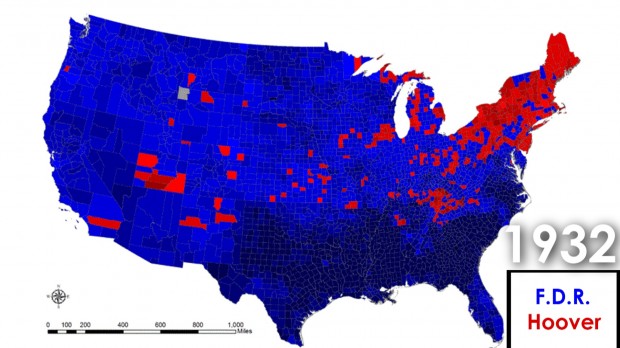 There’s a simple message there for people with a sense of history and that message is, “Don’t panic.”
Endnotes: