20) “I want us to be super careful when we use the language ‘hard worker,’ because I actually keep an image of folks working in cotton fields on my office wall, because it is a reminder about what hard work looks like. So, I feel you that he’s a hard worker, I do, but in the context of relative privilege.” — Melissa Harris-Perry[1]

19) “It’s unfortunate that the entire country is a racist country….just generally speaking…we’re a bunch of racists.” — Danny Devito[2]

18) “I could stand in the middle of Fifth Avenue and shoot people and I wouldn’t lose voters, okay. It’s, like, incredible.” — Donald Trump[3] 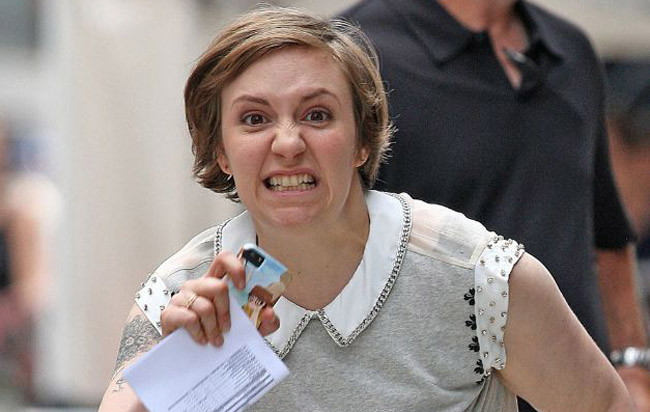 14) “So while [Melania] Trump appeared flawless on the Cleveland stage Monday night, whether she intended it or not, her all-white ensemble displayed the kind of foreignness that is accepted by her husband’s political party. To many, that outfit could be another reminder that in the G.O.P. white is always right.” — Philadelphia Inquirer fashion writer Elizabeth Wellington[8]

13) “You people (who support Trump) reflect the evil character of your god. You should be ashamed, but you have no shame left. …You all deserve to be defeated and annihilated. You disgust me in cheering him on. He disgusts me. Donald Trump can go to hell and perhaps you will do the rest of us a favor and follow him there. Shame on you all. Shame on you.”– Erick Erickson[9]

On November 9th, if Trump loses, I’m grabbing my musket.

10) “(Ted Cruz’s) father was with Lee Harvey Oswald prior to Oswald’s being – you know, shot. I mean, the whole thing is ridiculous. What is this, right prior to his being shot, and nobody even brings it up. They don’t even talk about that. That was reported, and nobody talks about it.” — Donald Trump[12]

9) “To just be grossly generalistic, you can put half of Trump supporters into what I call the basket of deplorables,” Clinton said. “Right? Racist, sexist, homophobic, xenophobic, Islamaphobic, you name it.” — Hillary Clinton[13]

8) “’Lyin’ Ted Cruz just used a picture of Melania from a shoot in his ad. Be careful, Lyin’ Ted, or I will spill the beans on your wife!” – Donald Trump[14] threatened Ted Cruz’s wife after falsely claiming Cruz used a picture of Trump’s wife in an ad

7) “I would like to apologize to those tramps that have slept with my husband. Maybe she could have said that.” — Joy Behar[15] on the women Bill Clinton raped and sexually assaulted.

5) “Yeah, that’s her. With the gold. I better use some Tic Tacs just in case I start kissing her. You know I’m automatically attracted to beautiful — I just start kissing them. It’s like a magnet. Just kiss. I don’t even wait. And when you’re a star they let you do it. You can do anything….Grab them by the pussy. You can do anything.” — Donald Trump’s[17] comments from 2005 were revealed during the 2016 campaign

4) “Sarah Palin needs to have her hair shaved off to a buzz cut, get headf*cked by a big veiny, ashy, black d*ck then be locked in a cupboard.” — Azealia Banks[18] advocates raping Sarah Palin over a fake news story

3) “His life will never be the one that he dreamed about and worked so hard to achieve. That is a steep price to pay for 20 minutes of action out of his 20 plus years of life.” — Dan Turner[19], letter to judge prior to sentencing of his son, Brock Turner, after Brock’s conviction for sexual assault of an unconscious woman, June.

2) “Killing American soldiers isn’t per se wrong. One has to show why it is.” — Adam Johnson, Alternet[20]

1) “We could use a President who was, like, ‘OK. Everybody turn in all your guns tomorrow by 5 p.m. After that, if I catch you with a gun then I’m sending SEAL Team Six to your house with a recent Facebook picture of you and those tanks that shoot fire that we haven’t used since Waco — Ummm — I mean since World War II. ‘– W. Kamau Bell[21]