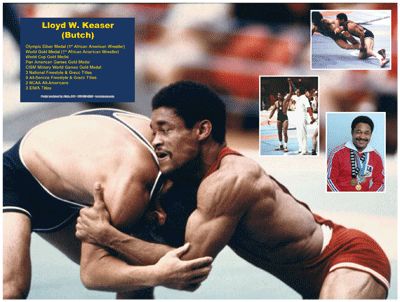 [1]Black former middle schoolmate Jackie Felton recently came to mind. In the seventh grade, we were among a bus load of black students from the neighboring black community of Pumphrey, Maryland, integrating Brooklyn Park Jr/Sr High School into the early 60s. I still remember the day our school bus pulled into the high school parking lot to a sea of white faces. Having never interacted much with whites and not sure if we would be accepted, it was pretty scary for us.

Black students Brutus McClure and Harold Pinkney were both six foot something and became instant stars on the basketball and football teams. Aldona Griffin and Sandra Pinkney were really smart and stood out academically. Before discovering my talents as an artist, I pretty much felt invisible.

Folks, before there was an Eddie Murphy, there was Jackie Felton. Our school held auditions for the talent show. Anyone could watch and the audience in the auditorium was fairly large. Towards the end, Jackie Felton decided to audition as a stand up comic.

Oh my gosh, Jackie brought down the house; bold, confident and very funny. I was blown away by the way Jackie owned the stage in the auditorium with the predominately white audience. I admired him greatly.

Jackie was athletically gifted as well playing baseball, soccer and lacrosse which was rare for a black kid. He was a born trailblazer. I assisted Jackie when he coached our community little league baseball team. I really liked and looked up to Jackie.

Larry Avery was named the Spartans’ Most Outstanding Wrestler in 1975. Larry was a finalist in the United States Olympic heavyweight trials in 1976. That year, he won a silver medal at the Tbilisi Tournament in Russia.

After high school, Jackie gradually began changing, ultimately taking on the look of a homeless person; wandering around Pumphrey. I learned that Jackie had become addicted to drugs. I felt very bad for him. Then, it happened. Jackie died of a drug overdose.

It was shocking and disappointing that someone who so inspired me could fall so low and succumb to such a tragic end.

It was not white America’s fault. I say this with love in my heart for him, it was Jackie’s fault.