The 40 Iron Laws of Politics in America

2) That person in politics being compared to Hitler is really not very much like Hitler at all. 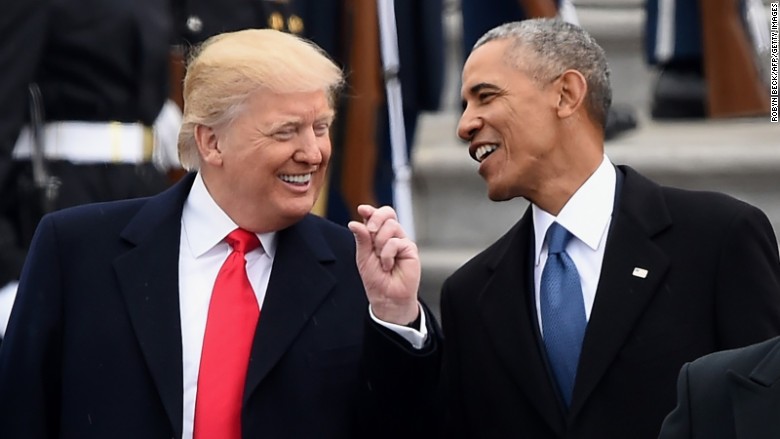 3) The bigger government gets, the worse it serves the people.

4) While they are in office, all Republican Presidents will be portrayed by the Left as either evil, crazy, racist, stupid or some combination thereof.

5) For every actual racist act and comment in politics, there are 500 people being falsely called bigots because Democrats believe it benefits them politically.

6) The first concern of politicians is always keeping their job and making the country a better place is not even a close second.

7) The richest, most powerful people in society will ALWAYS find ways to corrupt politicians. That means the best way to limit the power of those people over government is to keep the government small and limited in scope. The bigger and more powerful the government becomes, the more power ends up being given to people with the money to pay politicians to further their interests.

8) The liberal mainstream media covers every story differently based on whether it benefits Republicans or Democrats.

9) The more partisan a district or state, the less responsive the representatives will be to their constituents and the more responsive they will be to special interest groups that can potentially organize and finance a strong primary challenger.

10) You don’t win competitive elections by becoming more pure; you win by securing your base and convincing people on the fence to come over to your side.

11) Government is a necessary evil and anyone who views it as a force for good is not someone you should want in power.

12) Any politician who offers to take away part of your personal freedom in exchange for more security is not your friend.

13) Whether it’s a conspiracy theory, needlessly offensive posturing or an unbelievably stupid idea, if there’s money or an audience to be gained by promoting it, there are people who will do exactly that.

15) Typically in politics, apologies are treated by your opponents as admissions you did something wrong and need to be punished.

16) Politicians will always gather as much power in their own hands as the people will allow, no matter what the Constitution, customs or laws say about it.

18) The more loyal a block of voters in politics, the more they get screwed by the politicians representing them.

19) The highest priority of any politician in the spotlight is always covering his own behind.

20) The goal of the mainstream media is not to report the news; it’s to further liberalism while reporting the news.

21) Inevitably when politicians try to push new legislation through quickly, it’s not because of timetables or emergencies; it’s because they know it won’t be passed if people find out what’s in it.

22) The more money the government takes, the less money there is left for the people to use as they see fit.

24) There will always be poor Americans.

25) The highest IQ, best education and most thorough research does not enable someone in D.C. to have a better idea of how you should be spending your money than you do.

26) Liberals are incessantly competing with each other in the realm of sensitivity. He who is most offended by the most trivial thing wins.

27) There is almost nothing a liberal can do to a conservative that will draw the scorn of other liberals except making liberalism look bad in the eyes of the public.

28) If you want to understand why something is happening in politics, try to figure out who’s making money off of it.

29) The most likable candidate usually wins.

30) In politics, there will always be people who hate you for no good reason.

31) Subtle appeals to self-interest beat suggestions that people should do what’s right for the country every time.

32) If it damages America, large numbers of liberals will either subtly try to help it along or support it outright.

33) The party that’s out of power in American politics becomes angry, energized and often a little bit crazy.

34) “Moderate” does not actually mean reasonable, consistent or even being in the middle between two positions.

35) Every seemingly radical change in politics was built with many small steps in the same direction that came before it.

37) As often as not, the “victims” in politics are the real bullies.

40) The most “privileged” groups in America are actually the ones you have to be careful about criticizing, not the groups that are mocked, smeared and attacked as “privileged” at every opportunity.