My latest Townhall column is called, 5 Reasons Barack Obama Will Be Viewed As One Of The Worst Presidents of All Time[1]. Here’s an excerpt from the column. 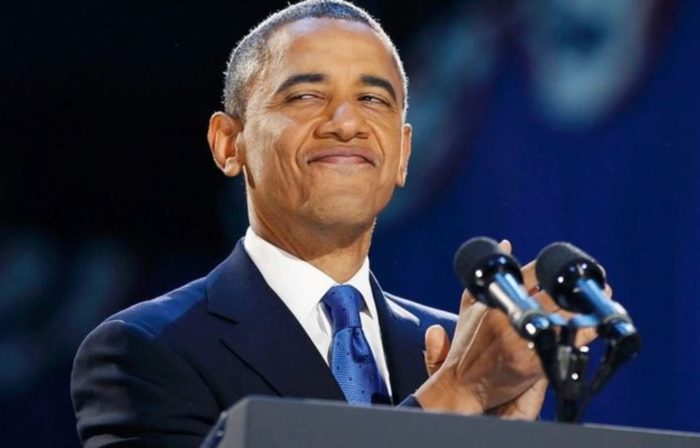 Compiling a list of reasons why Barack Obama is a terrible president seems like a project for a book rather than a column. However, when we start looking at the catastrophic mistakes he’s made that may reverberate for years to come, it’s clear that he’s been a disaster for America on a scale that few other Presidents can match. Just look at his record.

1) Nearly Doubling The National Debt: Let’s see, what was it that Barack Obama said about our debt back in 2008[3] when he was trying to convince Americans to vote him into office?

The problem is, is that the way Bush has done it over the last eight years is to take out a credit card from the Bank of China in the name of our children, driving up our national debt from 5 trillion dollars for the first 42 presidents — number 43 added 4 trillion dollars by his lonesome, so that we now have over 9 trillion dollars of debt that we are going to have to pay back — $30,000 for every man, woman and child. That’s irresponsible. It’s unpatriotic.

Meanwhile, once he got into office, Obama added more debt than all previous presidents combined (which even the liberals at Politifact admit is true[4]). Before Obama, it would have taken some real work to stave off a debt-driven economic collapse down the road, but because of the amount of debt he added on, it’s now probably unavoidable. This country survived the Brits burning the White House in the War of 1812, Pearl Harbor, and 9/11, but all of those horrors combined will pale to the long-term damage to this country Obama will cause with his reckless spending.

2) Unleashing The Genie From The Nuclear Weapons Bottle In The Middle East: Preventing the spread of nuclear weapons has been a high priority since those weapons came into being. It was obviously worrisome when nations that are not friendly to America acquired nuclear weapons capable of reducing our greatest cities to ash in a moment, but there were important considerations that kept those countries from ever acting. You nuke us, we nuke you. Okay, we have a stalemate because no functional state wants mutually assured destruction.

Of course, that kind of stalemate doesn’t work with basket-case nations run by totalitarian dictators or religious fanatics… which brings us to the Iran Deal Obama signed that will end with that monstrous nation acquiring nuclear weapons. Inevitably, if Iran develops nukes, various other countries across the Middle East will also develop nuclear weapons to protect themselves. Israel may already have nukes, but it’s also not going to try to subjugate nations like Saudi Arabia and Egypt. The same can’t be said of Iran.

In other words, Obama’s Iran Deal marks the beginning of a nuclear arms race in an area largely run by religious fanatics and anti-American dictators. The chances of a nuclear war or even more importantly, a nuke going off on American soil, have increased astronomically because of Obama’s foolishness.

3) Facilitating Illegal Immigration: The federal government has never put the amount of money and resources needed into shutting down illegal immigration. Unfortunately, crooked businesses that benefit from the practice have always paid off enough politicians to keep that from happening.

However, the Obama Administration’s practice of actually encouraging illegal immigration was a new low in our nation’s history. Obama illegally tried to give millions of illegal aliens the ability to stay here without fear of deportation; states and localities that enforced immigration law were harassed by the DOJ; he blocked the border patrol from doing its job and increased the number of refugees being imported. By doing so, Obama destroyed the rule of law, created a protected criminal class and imported poverty into the country because he thought it would benefit him politically even if it hurt the country in the process.

4) Encouraging Racial Polarization: No president ever had a better opportunity to encourage racial reconciliation than Obama. Instead, America’s first black president went in exactly the opposite direction and tried to create as much racial polarization as possible because he thought it benefited him politically. Unlike Jesse Jackson or Al Sharpton, Obama is subtler. His administration encouraged hatred of police, turned a blind eye to race riots and did nothing to slow down the incessant cries of “racism” from his supporters that greeted every disagreement with Obama’s policies. During Obama’s presidency, the Left openly used race as a political weapon and it created a level of racial strife in America that we haven’t seen since the sixties.

5) Losing A War We Had Already Won In Iraq: Today in 2016, people tend to forget that Bush had largely pacified Iraq with the surge before he left office. By 2010, things had gotten so stable that the Obama Administration was trying to take credit for Iraq. Here’s Joe Biden[5],

Despite the fact that our generals wanted him to work out a status of forces agreement with the Iraqi government so we could leave troops there[6], Obama wanted political credit for getting all our troops out of the country and he didn’t much care what happened afterwards.

So we pulled out of Iraq rather than leaving a residual force there as we have in nations like Germany, Japan and South Korea. Predictably, the whole country then fell apart. Worse yet, because of Obama’s incompetence, ISIS was able to take large swathes of territory in Iraq and it became a major player on the world stage. All the blood and treasure we spent in that nation was squandered because an incompetent politician cared more about getting a minor political advantage than winning a war.