“If you want a happy ending, that depends, of course, on where you stop your story.” – Orson Welles

“Life is pain, Highness. Anyone who says differently is selling something.” – The Princess Bride

Life is full of possibility and opportunity, but it’s also harsh and unforgiving. Yes, you can make a great life for yourself, but life is not a fairy tale; it’s not user friendly and if you’re not careful, it will remorselessly roll over you like a 10 ton steamroller.

Many of us, myself included, preach optimism, positive thinking and looking at the glass half full. However, there’s a difference between that and being a Pollyanna who looks at the world through rose colored glasses. Too many people smash their heads against the wall over and over because they refuse to acknowledge reality and then sadly, they finally just give up. Once you accept the uglier parts of life for what they are instead of sugar coating them, you’ll go farther than you ever could have otherwise.

1) The average person cares more about what he eats for lunch than whether you live or die: Rob Bailey and the Hustle Standard’s song “Go Forever” starts out like so,

Don’t be a b*tch, work as hard as you can

And no one gives a f*ck if…

you don’t have enough money

nobody gives a f*ck if you’re hungry

nobody gives a f*ck if you’re tired

you’re the only one that can fix that

Other than your close family and maybe a handful of close friends, that’s true and even the people who care the most will typically stay out of your business if they can. What about all those people tweeting out #hashtags about your problem? What about the politicians that say they care? How about the people who demand legislation to help you? They don’t care if you live or die; they’re just virtue signaling. They want everyone to see how wonderful they are because they’re so great that they even care about a schmoe like you.  You tell the average person that doesn’t know you very well that you have a fatal disease and he’ll say, “I’m so sorry to hear that;” then he’ll forget about it in 5 minutes while he debates with his friends whether they’re going to Chili’s or the Mexican restaurant down the street. What that means is that everything you want out of life, you better prepare to earn without getting a lot of favors on the way. If you fall, you have to be the one to pick yourself up off the ground, brush yourself off and get your life back on track. You care. They don’t. So it’s up to you.

2) Life is not and will never be fair: Much of American society has devolved into a poor, poor pitiful me contest between different groups that all claim to the most victimized. “I’m Muslim and people don’t trust me because other Muslims blow things up.” “I’m a female scientist and I don’t think the other male scientists take me seriously because there aren’t very many women here.” “I’m white and my son didn’t get into a college, but a black kid with worse grades did because of Affirmative Action.”

Meanwhile, everybody seems to think he deserves special consideration. The ugly person thinks there is too much importance placed on looks. The feminist thinks a starting teacher should make as much as a starting coal miner because more women are interested in teaching.  The black guy thinks he should be given reparations because of slavery. The Hispanic guy thinks his crime of crossing into the country illegally should be ignored because he has been here a long time. The wealthy business owner thinks his taxes should be less because he is providing jobs for other people.  Even the dogs have problems.

Accept that life is never going to be fair and take to heart what legendary NBA coach Pat Riley had to say,

“When you’re playing against a stacked deck, compete even harder. Show the world how much you’ll fight for the winner’s circle. If you do, someday the cellophane will crackle off a fresh pack, one that belongs to you, and the cards will be stacked in your favor.”

3) Most people are shallow: It’s funny to hear someone say “You can’t judge a book by its cover” because when it comes to people, that’s exactly what almost everybody does. You think Kim Kardashian has 109 million followers on Instagram because she’s an exceptionally kind and wonderful person or is it because “Girl pretty and famous! Big butt good!” 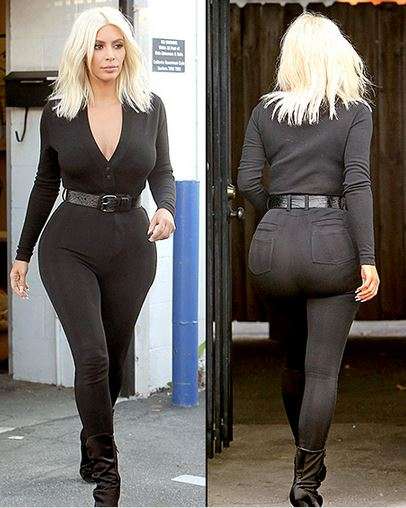 Being faithful, helpful and cheerful mean d*ck all to anyone compared to being rich, famous and attractive. People want the trendiest, coolest car, the best looking spouse and whatever gives them bragging rights.

We also tend to make the most grotesque generalizations about people for no other reason than because it saves us time. “That guy has neck tattoos and is dressed ratty. Better watch him to make sure he doesn’t steal anything.” “That guy is wearing a suit. He must work in an office.” “Those clothes she’s wearing are outdated. She must be some sort of socially awkward loser.”

Someone who gets to know “the real you” might get past the shallowness, but it can still sometimes take quite a while to break free of the perceptions formed by the first impression. So, use the shallowness of other people to your advantage. Learn to dress like a successful person. Pay attention to how you look. Find ways to give off the appearance that you are doing well. Don’t be a phony; be you, but also take advantage of the fact that a superficial appearance will be reality to most people.

4) The more comfortable you get, the worse your life is going to be: Abraham Maslow was right when he said, “If you plan on being anything less than you are capable of being, you will probably be unhappy all the days of your life.”

You want to be happy? Let me give you the short and sweet formula for happiness. Happiness is improvement, growth and forward movement. You can be on top of the world, but if you try to stay there you’re going to the bottom. You can be in the pits, but if you’re consistently climbing upwards, you’re going to feel better. There is no staying the same. You are either growing or getting rotten, settling into a rut or becoming a better person.

The problem with this is that we live in a “If it feels good, do it,” “We’re here to cater to you” capitalistic society. The bread and colosseums that helped rot Roman culture was amateur hour compared to what we have going on in America.  If you have a halfway decent job, after work it’s very easy to sit in a comfy chair, watch your favorite TV shows, play your favorite video games, chat with your online friends from your house, utilize some pornography if you get lonely and have food and just about anything else you want delivered right to your home as you sit in a little comfort cocoon.

5) The world will judge you based on what it can get out of you:  Ronda Rousey was not just the biggest women’s MMA star in the world; at the height of her popularity, she was arguably the biggest MMA star in the world. She wasn’t sold as a once in a lifetime fighter, she was sold as a once in HISTORY fighter. No wonder she had legions of fans. Then, she lost and lost again and many of the same people who had previously thought she was the best ever made fun of her. Many of the MMA fans out there treated her like a joke and they made videos like this one.

You think you’re any different? Go screw up badly at work a couple of times and your boss who loves you may “have to let you go.” When your toilet is clogged, call a plumber and ask him if he’ll fix it for you because you’re a terrific guy. No? I guess he wants money, just like every other store out there. A politician will promise you anything you want to get a vote he needs to win; then he’ll weasel out of it if he can because he got what he wanted. You can say, “Judge not, lest ye be judged,” as much as you want, but the world is going to judge you relentlessly based on what you can bring to the table. What skills do you have? Do you have money? What can you do for people? What are you better at than other people? How important are you? What can you produce? You better work on yourself until you have good answers for those questions or most of the world is going to kick sand in your face like a bully in those old ads. 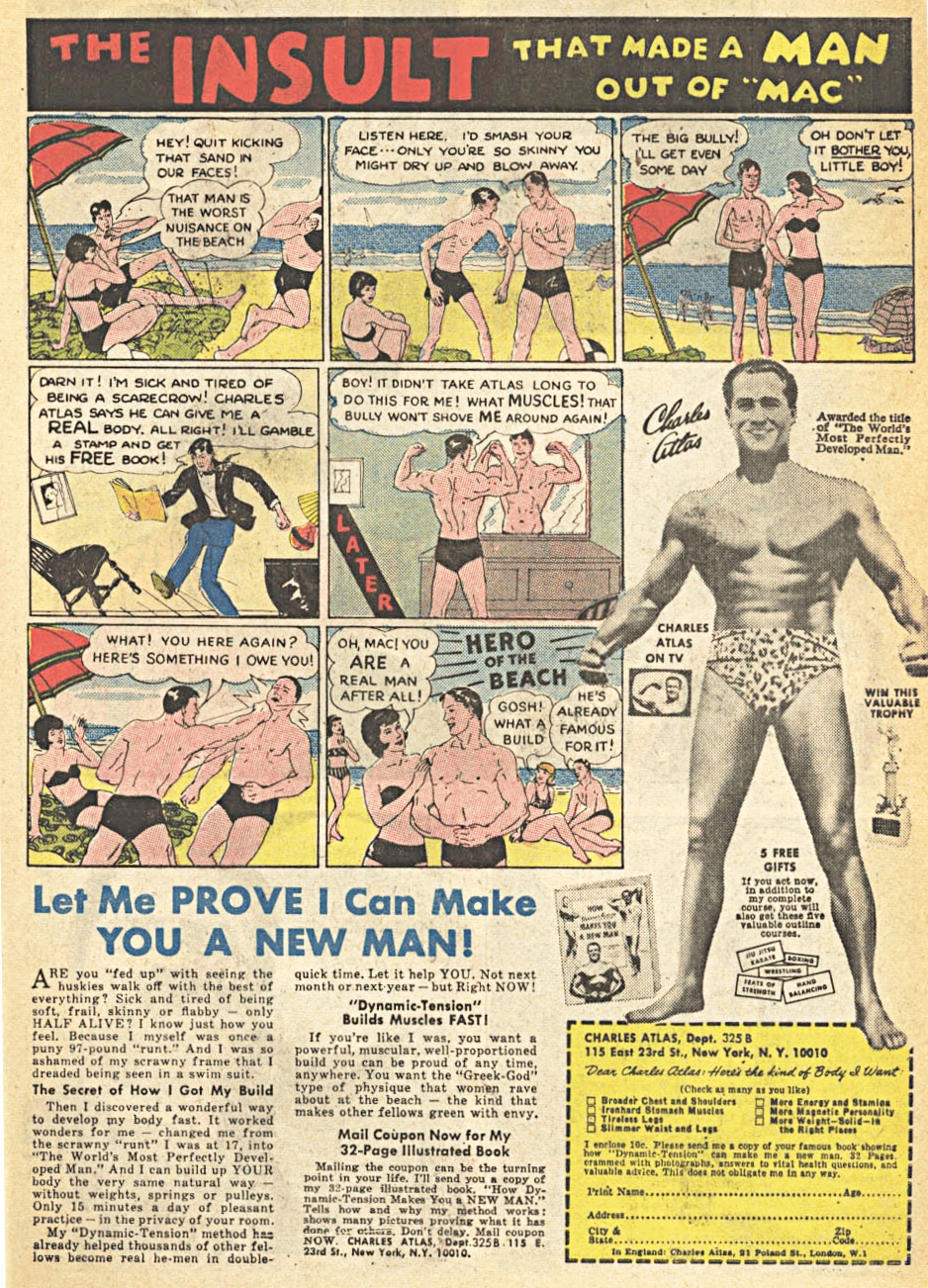 6) Nothing in life is permanent: Whether it’s good or bad, “This too shall pass.” You can be one of those adorable old couples that marry, spend a life together and die holding hands, but that will end for you just like everyone else.

People you care about will die. So will pets. So will you. Friendships will end. That great business opportunity will go away. You will grow old and frail (if you’re that lucky). Your favorite TV show ends. Your little baby grows up and leaves home.

This is the nature of things, but you never really get used to it. You still get sad. You still miss people. You still wish things were different. This is going to happen to you because it happens to everyone.

So, what do you do about it when you have something good in your life? You take steps to make it last if you can and you enjoy it while it does last. Take care of people that matter. Say your “I love you’s.” Let them know they’re appreciated. So, when it does end, you can at least feel good that you did your part. Do that so that your gratitude because you had something good in your life is bigger than your sadness at losing it.

7) When you die, only a few people will continue to think of you after you’re gone: Remember when Heath Ledger died? How about George Steinbrenner? John Ritter? Gary Coleman? David Carradine? All of them passed away in the last decade and despite the fact they were famous, if you knew they were dead at all, you probably haven’t thought of any of them unless they were in front of you on the screen.

Not only are there no indispensable men, unless your name is Caesar, Napoleon or Patton, your name will fade from the world in a few weeks after you pass away. It doesn’t matter if you’re a billionaire, a school shooter or the world’s greatest Clash Royale player, your name will pass from men’s lips and memories.

Of course, there are exceptions to that — your family and your best friends. As long as I’m alive, a little piece of my parents, grandparents and brothers and sister will live on. The same goes for the people that really matter to me, even the ones I cared deeply about who don’t speak to me anymore. They are all etched into me. You probably have people that feel the same way about you. If you don’t go fall in love, search out a best friend, do what you have to do to make them. The people who will always remember you are usually going to be few in number. Take care of them. Give them something good to remember. Try to patch things up with the ones that things went wrong with if you can. Someone who will think of you and smile 20 years after you’re gone deserves it.