I was interviewed by a mainstream media reporter yesterday. I thought he wanted to talk tech issues, but we actually spent almost the entire conversation discussing the feeling that many conservatives have that America has gone off the tracks and is headed toward dissolution or alternately, a civil war one day. Obviously, this would be a terrible thing and ironically, twenty years ago, it would have been laughable. Today, the joke isn’t so funny because we are a deeply unhealthy society with a dysfunctional government and for all our money, success and storied history, we seem to be on an increasingly dangerous trajectory.

1) A Post-Constitutional Era: Liberals don’t believe in the Constitution. Typically they deny this, but that’s exactly what a “living” Constitution means. You make it up as you go along. The Founders foresaw the instability and danger that would be created by this approach, which is why they wanted us to be a constitutional republic, not a democracy. Unfortunately, America has in many ways already become a post-constitutional democracy and we’re one liberal judge away from abandoning the Constitution altogether. Once we get to that point, America just becomes the representation of that old saying, “Democracy is two wolves and a sheep deciding what to have for dinner.” Of course people are not lambs and when large numbers of them believe they aren’t being treated fairly, they do have the option of getting away from the wolves. 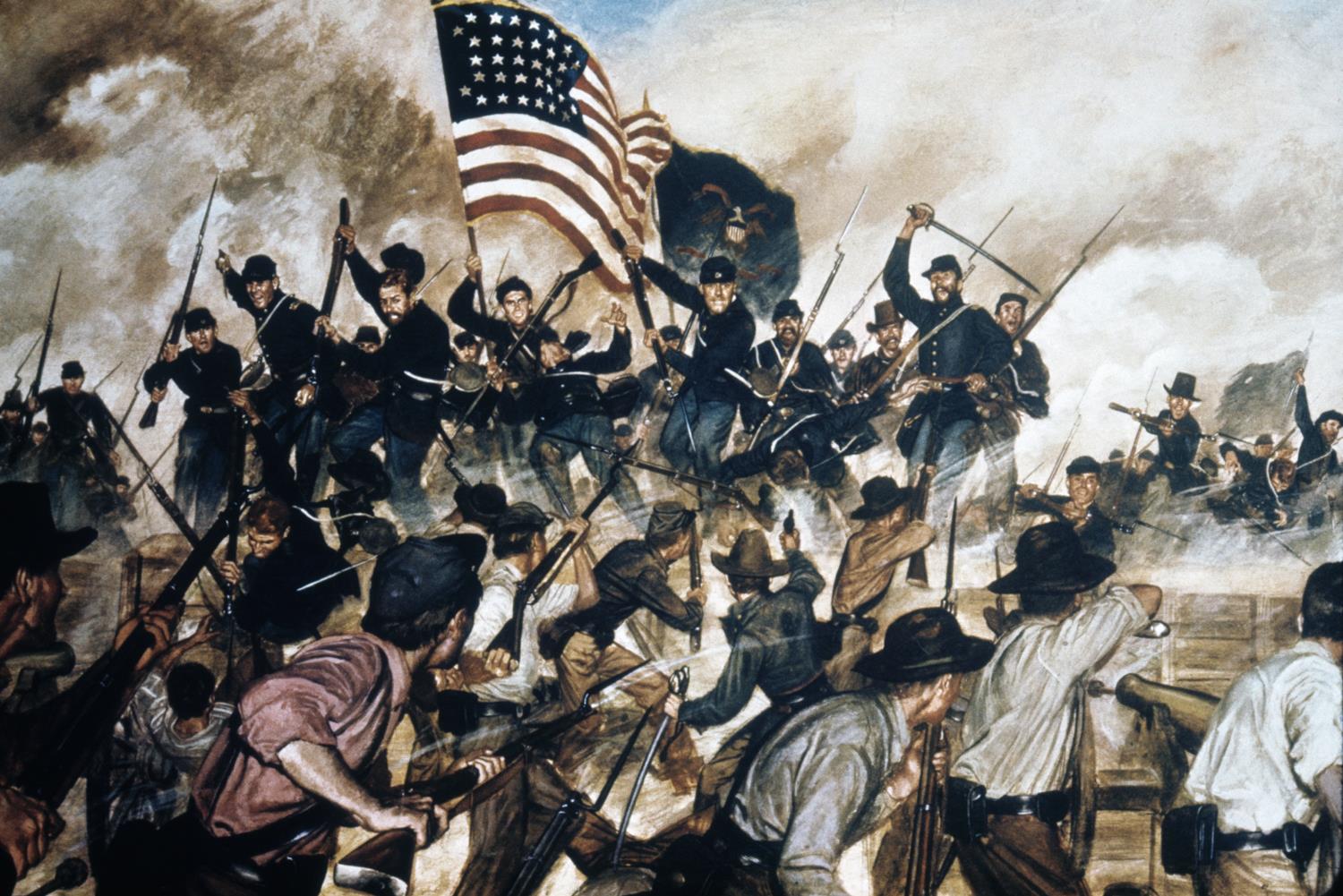 2) Tribalism: The “you only have to listen to people you already agree with” nature of social media has dramatically ramped up the level of tribalism in the United States. The Right has gotten much more tribal since Donald Trump rose to prominence and the Left has taken tribalism into hyper-drive. Increasingly, liberals treat a range of opinion between Elizabeth Warren and Hillary Clinton as legitimate while everyone else is viewed as a white supremacist Nazi primitive that must be driven down into the gutter for society to move forward. This makes any sort of dialogue or cooperation nearly impossible. When every issue is a zero sum war where one tribe must win or lose, a lot of people quite understandably ask, “What do we gain by staying allied to this other tribe?”

4) Moral Decline: As Samuel Adams[2] once noted, “A general dissolution of principles and manners will more surely overthrow the liberties of America than the whole force of the common enemy. While the people are virtuous they cannot be subdued; but when once they lose their virtue then will be ready to surrender their liberties to the first external or internal invader.”

A large number of Americans HAVE LOST their principles, manners and virtue and it shows through from the sort of politicians they elect, to their rudeness online, to the sort of shallow hedonism and fame whoring they find appealing. Americans are increasingly becoming a soft and decadent people which is problematic because the challenges may change, but we can be certain that Americans will face future challenges every bit as difficult as the ones past generations had to tackle. This is frightening because if you look at the “principles, manners and virtue” of Americans today, they don’t seem capable of dealing with monumental events like the War of 1812, the Civil War, the Depression or World War II. Most people in their twenties probably couldn’t tell you why all those events were such challenges in the first place. When America faces a challenge bigger than we can handle because of ineffective politicians and our “amusing ourselves to death” population, there are no guarantees our republic will survive.

5) The Debt: America is a freight train heading toward a cliff, but because we’re not moving toward the edge at lightning speed, no one seems all that concerned. However, the fact of the matter is that a reckoning is coming. At some point, probably within the next decade or two, we will face a debt-driven economic collapse; borrowed money will stop flowing into the United States and Medicare/Social Security as we know it will fall apart because we will not have the money to pay it. If and when we get to that point, all bets are off because if regions of the country see an advantage to splitting off from the United States at that point, they will do it.

6) Lack Of A Shared Culture: There has never been a time when American culture was more fragmented than it is today. By that, I mean that there are legions of people with millions of fans or followers on the Internet that the vast majority of Americans have never heard of in their lives. We don’t have that shared love of anybody or for that matter, anything. Conservatives and liberals disagree on economics (capitalist/socialist), religion (friendly to Christianity/hostile to Christianity), the Constitution (support/believe in a living Constitution i.e. no Constitution), etc., on and on. The average conservative and the average liberal disagree on 95% of the issues and in the few limited cases where they do look at things the same, they won’t support a proposal by the other out of sheer tribalism. Over the long haul, there has be something more to hold a country together than, “We wear Nikes, like pop music and play golf.”

7) Gun Grabbing: Reportedly, Timothy McVeigh undertook the Oklahoma City Bombing because he was inspired by a book called “The Turner Diaries.[3]”  Here’s a paragraph from my review of that vile book back in 2009:

The book begins in 1991 with America declining into a banana republic with a tyrannical government. That undoubtedly seemed like a very genuine possibility in the dog days of the Carter years, which was when the book was written. In the book, the government made the terrible mistake of outlawing guns — which, as it would in real life, set off organized resistance against the government.

Liberals have fallen in love with the idea of ignoring the 2nd Amendment and confiscating all firearms. The logistics of doing this in a nation with hundreds of millions of guns (many of which are off the books) when many police departments and tens of millions of Americans would not cooperate is seldom discussed. Another thing that seldom seems brought up is that large numbers of conservatives would see this as a prelude to the government’s use of force against the citizenry. When it is discussed on the Left, there seems to be an assumption that lone resisters might get into firefights with dozens of police or soldiers, as opposed to ganging up with other formerly law-abiding Americans to waylay gun confiscators, politicians and anti-gun activists at THEIR HOMES in guerrilla actions that would be silently applauded and supported by hundreds of millions of Americans concerned about their freedom. Confiscating guns is a dangerous and stupid idea that could in and of itself end our republic if a serious attempt were ever made to implement it.