Any freedom-loving person would be outraged at the attempt by the Federal Communications Commission to inject itself into monitoring the practices of print and broadcast media organizations, but the outrage came almost exclusively from conservatives, which is highly instructive. 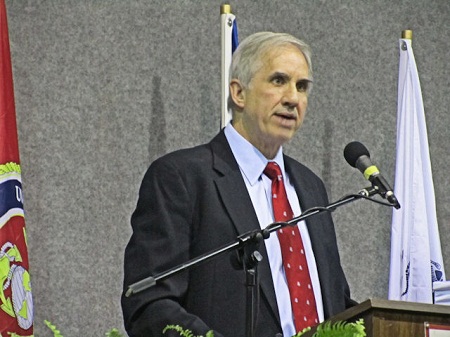 But liberals and conservatives are on such different planets that they don’t even agree that this development — that only conservatives objected — is instructive, which is also instructive. The Washington Post was hoist with its own petard in reacting with a subtly pointed headline, “Proposed FCC study of news organizations sparks conservative outcry,” and exposing its own biases rather than those of conservatives.

Simply put, everyone should object to this proposed action, and the fact that only conservatives did shows they are the only ones acting as freedom’s guardians. That liberals didn’t object is bad but is made much worse by their opinion that conservatives’ objection is itself objectionable.

If blindly ideological liberals had a clue, they’d understand that the primary reason conservatives object is not their fear that certain media outlets will be exposed as unfairly conservative. Conservatives strenuously oppose the proposed action because it is such a threat to our First Amendment liberties, and any government that would even casually contemplate such a move is one to be greatly feared — and beaten back.

Of course, conservatives also fear that government monitoring of media outlets would in fact lead to a disproportionate chilling of conservative expression, which is inevitable when those doing the monitoring are guaranteed to be liberals who delude themselves into believing that only liberally minded people are capable of being objective. If you think that is an exaggeration, listen to liberal hosts of the major networks assessing one another as committed, objective journalists while decrying the bias of conservatives. Their lack of self-awareness is stunning.

But even if conservatives are wrong about this, liberals have nothing to fear from us on this issue anyway, because we are not the ones proposing dangerous ideas to monitor, regulate and suppress speech. They are. In the past 50 years, any serious encroachments on First Amendment political and religious expression have come almost exclusively from the left — from campus speech codes to the Fairness Doctrine to Net neutrality.

Liberals are so intoxicated by their own biases that they don’t recognize how absurd it is that they apparently believe they have a legitimate basis to be outraged at the ideological bias of conservative talk radio and the alleged conservative bias of Fox News Channel.

The major news networks — CBS, NBC and ABC — had a monopoly on television broadcast news for decades. They were almost exclusively liberal — a monolithic force in the gathering, dissemination and reporting of network television news. When CNN came on the scene, it certainly didn’t change this liberal monopoly; we’re talking Ted Turner — Mr. Jane Fonda — after all.

But with the advent of conservative talk, which was self-admittedly ideological because it was opinion journalism as much as it was news journalism, the liberal establishment went bonkers and cried foul. Liberals invoked the regulatory power of the government through the Fairness Doctrine in an attempt to emasculate this upstart medium because it was a potential threat to their monopoly.

Think about it. Conservatives had no voice for a half-century or more in television news and not much of one in the print media. They complained but never sought to use government to muzzle the glorified propagandists at the major networks. And these people had serious power. Go back and examine Walter Cronkite’s influence on the Vietnam War.

Conservatives didn’t try to regulate the speech of liberal news outlets, even when they had an unrivaled and unchallenged monopoly and pretended to be purely objective news outlets while being infected with bias at every stage of the news process. But at the first signs of a serious conservative presence — first with Rush Limbaugh’s show and then with Fox News Channel — they screamed bloody murder, and they’ve been trying to muzzle it ever since. The conservative blogosphere has just about sent them over the edge.

The liberals’ proper remedy to counter conservative talk — as if they needed to, given their continuing dominance on television news — was to start their own liberal shows and compete in the marketplace of ideas. Well, they did, and they failed repeatedly. Then they tried to get Big Brother to re-impose the Fairness Doctrine to “hush Rush.” They’ve also tried and failed with the maniacally liberal MSNBC to unseat Fox News Channel as the dominant cable network. Such is their frustration at having lost their unchallenged monopoly that even the president of the United States himself takes personal shots at this network — as he does at conservative talk. What a bunch of babies! What a bunch of bullies! What a bunch of Stalinists!

Of all the horrifyingly destructive things this administration is doing to this country, nothing has scared me more in the past five years than this chilling proposal to chill speech.

Liberals are getting more and more brazen in their totalitarian propensities. We shouldn’t let our guard down just because this latest effort appears to have stalled. Liberals are patient, tireless and relentless, and they’ll try again when they think they can get away with it.

We Must Reject Liberalism’s Economic Death Sentence On America[3]