LONDON — Wisdom can often be found in unexpected places. During debate in the House of Commons on whether Britain should join the U.S. and Russia in bombing ISIS targets in Syria, Hilary Benn, the shadow foreign secretary of the liberal Labour Party, delivered a speech that approached Winston Churchill in its vision: 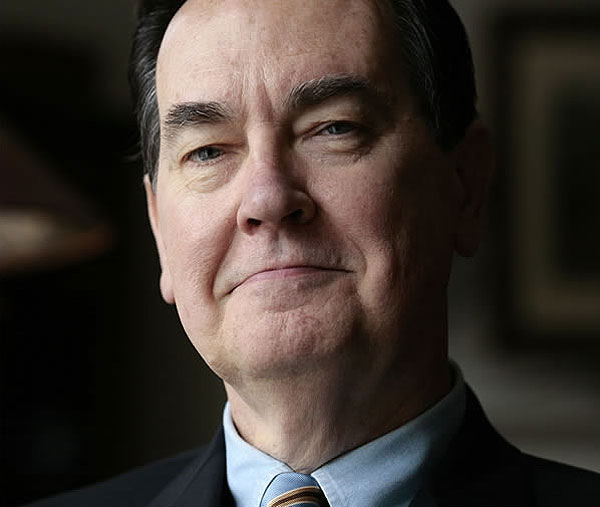 “And we are here faced by fascists. Not just their calculated brutality, but their belief that they are superior to every single one of us in this chamber tonight, and all of the people that we represent. They hold us in contempt. They hold our values in contempt. They hold our belief in tolerance and decency in contempt. They hold our democracy, the means by which we will make our decision tonight, in contempt. And what we know about fascists is that they need to be defeated. And it is why, as we have heard tonight, socialists and trade unionists and others joined the International Brigade in the 1930s to fight against Franco. It’s why this entire House stood up against Hitler and Mussolini. It is why our party has always stood up against the denial of human rights and for justice. And my view, Mr. Speaker, is that we must now confront this evil. It is now time for us to do our bit in Syria. And that is why I ask my colleagues to vote for the motion tonight.”

Members of both parties cheered and the motion passed.

In the U.S., we get moronic statements claiming that climate change is “directly related” to terrorism (Sanders), endure calls for more gun laws when current gun laws are disobeyed, and stand bewildered as our president, in the face of attacks by radical Islamists, says, “We cannot turn against one another by letting this fight be defined as a war between America and Islam,” while Attorney General Loretta Lynch targets people who use anti-Islamic language for fear it “will be accompanied by acts of violence.” Meanwhile, Islamic extremists move about the U.S. with apparent impunity. MSNBC and other networks, meanwhile, give airtime to the Council on American-Islamic Relations (CAIR), a so-called advocacy group with ties to the Holy Land Foundation and Hamas, to spout propaganda that the San Bernardino murders had nothing to do with Islam. And let’s not forget those “Christian” killers who shoot up abortion clinics, as if these are immorally equivalent.

The BBC also refuses to label ISIS killers as terrorists, preferring to call them “militants.”

In his brief address Sunday, President Obama offered no new strategy for defeating Islamic terrorism. He disingenuously claimed his policies are working. If this is success, what does failure look like?

The UK and U.S. have invited this madness by admitting thousands into our countries, many of whom come from regions that do not embrace Western values, foolishly hoping these people will assimilate.

The FBI says it is investigating ISIS suspects in every U.S. state. Why, then, are we allowing more refugees in before these investigations are concluded and action taken?

Former House Speaker Newt Gingrich described the Islamist movement as a “virus.” A virus must be isolated and eradicated. Bombing a foreign country is not enough. Just as a virus requires leadership from the medical community and cooperation from those at risk of infection, the ISIS virus requires political leadership, which President Obama has failed to provide.

What will our leaders say if these murderers succeed in acquiring weapons of mass destruction? What happens if one of these weapons wipes out London, New York or Washington? Should we take decisive action now, or wring our hands later?

On Nov. 16, 1934, Winston Churchill, who stood virtually alone in his early warnings about the growing rearmament of Germany and the threat it posed to a world that preferred the false comfort denial brings, told his fellow parliamentarians: “As we go to and fro in this peaceful country with its decent, orderly people going about their business under free institutions and with so much tolerance and fair play in their laws and customs, it is startling and fearful to realize that we are no longer safe in our island home.”

In Israel, the more things change…[3]