Churchville, VA: Lots of us are commenting on the U.S. having the second coldest spring in the official thermometer record (starting ca. 1860) and the coldest since 1975. Remember, too, that in 1975 major news magazines were predicting a sudden return to the next Ice Age! This cold spring highlights another climate cycle that has nothing to do with CO2. 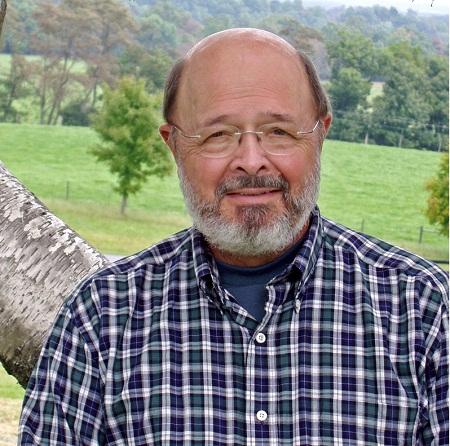 The cycle that link the two coldest springs is the 60-year Pacific Decadal Oscillation. Both of these cold springs occurred during a cold phase in the Pacific, which is the planet’s largest heat sink. When the sun is very warm, the Pacific absorbs much of that heat. When the sun is less warm, the Pacific gradually cools. Scientists don’t yet understand clearly why the sun varies in total activity. We do understand, however, that this is the reason global temperatures move up and down in spurts of about 30 years. The PDO is a relatively short cycle superimposed on the longer 1,500-year Dansgaard- Oeschger cycle and the 100,000-year Ice Age cycle.

The PDO wasn’t discovered until 1996. Fish experts began to realize that something was periodically shifting the salmon’s ocean food (plankton and tiny crustaceans) north and south–from the Columbia River region to the Gulf of Alaska and back. It happened about every 30 years. The salmon’s food like warmth better than cold, so when the Pacific is cooler, the salmon and their food supply thrive farther south.

By the way, the salmon catches are erratically recovering in the Pacific Northwest. Last year Oregon’s best run was Chinook salmon, with a total catch of 380,000 compared to just 35,000 in 2008 as the cycle was just beginning to turn cold. By the time the 1976 cooling was winding down Oregon was catching more than 1 million Chinook per year.

Last week, Germany’s Green Radio (sponsored by its Federal Department of the Environment) interviewed an expert identified as Henrik Kirchof about the world’s interrupted global warming. He said, “A big role may be played by the oceans . . . if the surface water temperatures increased sharply until 15 years ago but now have stagnated, then it means that the ocean is absorbing more heat than it did before. You can suspect this, it’s very plausible, but you cannot prove it because of [measurement problems].”

Sorry, Dr. Kirchof, but there’s another possibility–that the oceans are receiving less heat from a “quiet ” sun during a long and cool sunspot cycle. What if the sun is in charge of our climate after all?

Be grateful for our moderate warming. When it stops warming, history tells us the climate will get far colder and more violent. In history, Europe’s population nearly tripled during the warm phases when food was plentiful, then shrank radically as starvation and food wars arrived with the cold.

We should expect some additional global warming after this PDO ends, as occurred from 1976-1998, but nothing as dangerous as the computers models claim. Unless our paltry increase in human-emitted CO2 emissions have somehow rearranged the whole universe, the sun will continue to be the controlling factor in our climate.

Dennis T. Avery, a senior fellow for the Hudson Institute in Washington, D.C., is an environmental economist. He was formerly a senior analyst for the Department of State. He is co-author, with S. Fred Singer, of Unstoppable Global Warming Every 1500 Years. Readers may write to him at PO Box 202 Churchville, VA 2442; email to [email protected] Visit our website at www. cgfi.org[2]