Alt-Left Insanity: When Liberals Preach, We Must Impeach

The alt-left has lost its … it. Whatever it is, they have lost it.

We have “journalists” saying fake news is, “the equivalent of the N-word for journalists”[1] or even questioning whether President Donald Trump is going to go full Putin and start killing journalists[2]. Both those things happened … in one week. There’s more triggering in your average newsroom than there is at an NRA target-shooting competition. 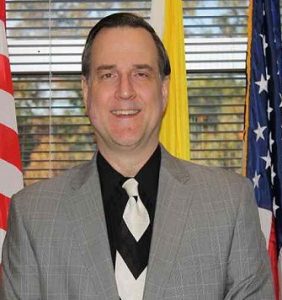 And yet, somehow the media want to blame Trump for how psychotic so many in their profession have become.

This is a trying time for the alt-left. Everything conservatives touch must be evil — politics, media, business, even literature. Alternet railed on Newt Gingrich and his co-author for their alternate history series about the Civil War. As a sometime alternate history writer myself (Hint: Amazon.), I can mention that the Civil War was a pivotal global event and has spawned a lot of fiction.

Back in the days before the alt-left went all book-burny, that series made The New York Times[4] bestseller list. It was co-authored by William R. Forstchen[5], one of the best fiction writers out there. It’s an incredible series. Now Alternet claims, “the racist right in the US has for decades consoled itself by reading crazed ‘alternate history’ novels, in which things turn out differently.” That’s the very definition of alternate history. Just ask H.G. Wells and Winston Churchill, who both wrote alternate history. Or maybe let’s not dismiss an entire category of literature because the left now hates books, too.

There’s lots more. Slate’s Jamelle Bouie wrote a piece so entangled with paranoia that I’m surprised it doesn’t have its own DSM number[6]. It’s headlined insanely, “Government by White Nationalism Is Upon Us.”[7]  And Some Women March organizer Linda Sarsour decided that only women of color matter. “If you’re in a movement and you’re not following a woman of color, you’re in the wrong movement,” said Sarsour[8], probably right after she complained about racist conservatives.

There’s been such a surplus of alt-left insanity, it was like trying to pick the cutest puppy out of the Puppy Bowl [9]lineup. (The correct answer is Winston, btw.)

Trump Took Office 3 Weeks Ago, Time To Impeach: Imagine the reaction if Time magazine had run an oped by two conservative lawyers calling for Obama’s impeachment three weeks into his first term. They would have been skewered by our pretend neutral press. Instead, Time started Obama’s term with back-to-back covers [10]and six covers that year alone devoted to the presidential couple. The impeachment oped [11]is one long whine that Trump didn’t wreck the company he took a lifetime building. Actual quote: “In the case of Trump’s ownership in the Trump Organization, this could be achieved only by a complete liquidation of the assets, with the proceeds to be invested by an independent Trustee, without Trump’s involvement or knowledge.” Liberals like this idea because no sane businessman would ever run for office. Instead, we’d continue our parade of worthless or reckless bureaucrats. Thankfully, Americans know this is nuts. OK, most of us do. Apparently, “more than 575,000 people from across the country have already called for this, joining a new campaign[12] launched moments after President Trump took the Oath of Office.” Gosh, liberals got 575,000 people to sign an online petition. You could get 10 times that making Harambe our national ape. Or heck, run Harambe as a write-in candidate and he’d do better than Jill Stein or Evan McMullin.

‘Grow the F*ck Up, Mr. President’: Yeah, that’s not just a quote, it’s a headline[13]. OK, it’s Cosmo. Pretty much everything its staffers write is garbage. The same mag ran, “An Astrologist Examined the Trump Family’s Star Charts and the Results Are Crazy.”[14] Pro-science liberals, probably. It also pimped for the violence against women movie with 11 separate Fifty Shades Darker stories, just on its front page, including: “12 Things You Should Know Before Trying S&M for the First Time.”[15] But still, urging the president of the United States to improve his maturity by saying, “Grow the F*ck Up,” is like telling people to improve their language by cursing at them. Granted, author Laura Beck, “fat, funky, and outta control!,”[16] also has gay sex fantasies [17]about Trump and Vice President Mike Pence. So we shouldn’t be surprised. Actual quote, that’s really indicative of where many liberals reside: “With his presidency, Trump dove into the deep end head-first before figuring out if he can swim. And now we’re all drowning with him. Sir, you are the PRESIDENT OF THE UNITED STATES. I’m begging you, grow the fuck up. (And also, maybe remove the actual Nazis from your inner circle.)” Liberals truly believe anyone who disagrees with them is a Nazi. And you know she believes it, because she’s WRITING IN ALL CAPS.

A Mind Is A Terrible Thing: It shouldn’t matter whether you like or hate a speaker for you to oppose a gang of thugs beating up people who come to hear him speak. Sadly those enlightened days are gone. The alt-left has returned to those lovely days of yore — the 1930s. Instead of brown shirts, they now wear black. (And no, Chuck Norris fans, good guys do not wear black[18].) As we saw at UC Berkeley,[19] the rioting, violent scumbags don’t believe in free speech. Even worse, neither does the campus newspaper The Daily Californian, which ran five opeds defending this disgusting, vomitous brown-shirt behavior. Cowardly antifa (short for anti-fascist thugs) committed arson, vandalism and violence. Cowardly journalists then ran opeds like, “Black bloc did what campus should have[20],” and “Condemning protesters same as condoning hate speech.”[21] One oped actually said: “Violence helped ensure safety of students.”[22] That Orwellian bit of stupidity was written by Juan Prieto, “an undocumented student, organizer and former layout designer at The Daily Californian.” So, an illegal alien says, actual quote: “ The so-called ‘violence’ against private property that the media seems so concerned with stopped white supremacy from organizing itself against my community. Everything else was an act of passive acceptance to the hate speech that was about to take place on our campus.” And the media wonder how Trump won. h/t MRCTV’s Ashley Rae Goldenberg.