Liberals don’t like the founding documents — especially the Constitution. (It’s sooooo old!!!![1]) It’s not that they don’t like to read. Toss them a page-turner about intersectionality [2]and they are all over it. Stuff the Founding Fathers did, not so much. 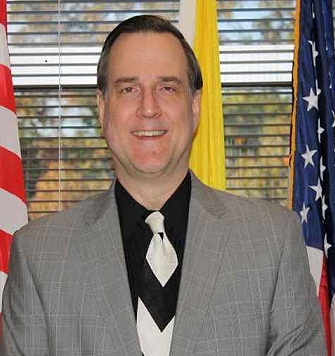 They don’t like free press, though they claim they do. Remember this every time you see liberal idiots whining about Citizens United. That Supreme Court ruling was about a conservative group trying to make a movie criticizing then-candidate Hillary Clinton (Loss No. 1). The left is wildly opposed to conservative press rights. Just not their own.

And, of course, they hate the Second Amendment. The idea of guns in the hands of the citizenry serves as a check and balance against scum foreign and domestic. They don’t like that one bit.

But they especially hate freedom of religion. As I write this, a man has been arrested for destroying the Ten Commandments monument, “less than 24 hours after it was installed on Arkansas Capitol grounds,” reported The Hill. Sure, it’s possible he’s right wing, but given the early reporting[4] and the ACLU’s opposition to the monument, I’d bet not.

That’s not what has the alt-left in a state of high dudgeon. They are wigging because they just lost a Supreme Court ruling on religious freedom — 7-2. That’s right. This wasn’t a close ruling by the High Court. That means the swing vote — Justice Kennedy — and two liberals supported the ruling.

But lefty publications are crying like it’s the end of the world. Cosmo (because I always get my political guidance from a sex mag) screamed[5]: “It was at the center of a Supreme Court case that could open the door for religious rights to trump all other civil rights in this country.” Note the sarcastic use of the word “trump.”

This it the part in our program where I remind folks what the First Amendment says about religion[6]: “Congress shall make no law respecting an establishment of religion, or prohibiting the free exercise thereof.” That’s a statement in two parts but part two gets left out a lot. Congress can’t prohibit our free exercise of religion.

Even The Washington Post[7] understands that, saying the court ruled: “that efforts at separating church and state go too far when they deny religious institutions access to government grants meant for a secular purpose.”

But the media response has been full freak-out. Vice, the news outlet for millennial idiots, attacked the lawyers in the case[8]. “The Christian Lawyers Quietly Working to Erase LGBTQ Rights,” it wrote, bashing the fantastic Alliance Defending Freedom.[9]

Vice treated ADF as some major villain because it wants religious children treated the same as those who aren’t. Actual quote: “Over the last few years, ADF has been stealthily seizing power in the nation’s public school systems, with queer youth squarely in their crosshairs.” Seizing power used to be called winning court cases. In other words, where often liberal judges admit even Christians have rights?

That didn’t stop the author of this piece, gay activist[10] Matt Baume[11], blasted ADF, saying it “ was founded as the Alliance Defense Fund in 1994 by a rogue’s gallery[12] of anti-gay activists.” You know what he means — conservatives.

And since the left is bashing conservatives, that’s a great segue to this week:

White People Are The Worst!: Buzzfeed is where all the alt-left’s haters must aspire to work. Some days they outdo even themselves. Which is why we have[13]: “The Great White Celebrity Vacuum.” No, we’re not talking Oreck or Dyson. We’re talking something else that sucks — Buzzfeed. According to Buzzfeed (All hail listicles!), our society is enduring, “the continued erosion of old-school, white star power.” In other words, it’s time for Buzzfeed to bash on white women.[14] The article admits there are still successful white women entertainers, “but none are ascendant.” Probably because outlets like Buzzfeed only like people of color. But now we get to it. Buzzfeed is bashing white women, I’d bet, because of intersectionality — meaning they don’t do enough to push other lefty causes. Actual quote: “Put differently, it’s increasingly hard for many women — women of color, but also white women — to trust or idealize white women.” So media push a narrative and it sticks. The quote continues: “White women in our everyday lives, white women as voters, white women on juries, and, by extension, white female celebrities, who have repeatedly fumbled or ignored the conversations of race, class, and gender that, in this hyperpoliticized moment, seem most vital and urgent.” The article continues by bashing Taylor Swift because of “this general distrust in white celebrity.” Oh wait, I was right. Actual quote two: “Swift’s feminism is a white, straight, rich, skinny girl feminism: nonintersectional, lacking substance, strategic.” She’s thin (Horrors!) and not left wing enough for the loons who work for Buzzfeed. Gotcha. This epic, anti-white piece eventually gets to the point — Trump. Actual quote three: “In many ways, Swift resembles the Ivanka Voters[15] who helped tip the election toward Trump: white, upper-middle-class women from the suburbs who describe themselves as ‘socially moderate,’ would never think of themselves as racist, and likely even voted for Obama in previous elections.” There’s lots more white bashing, about what you’d expect from a Ph.D. who “wrote her dissertation on the gossip industry.”

Weird Vice Sex Story! Sometimes I think Vice is well-named. This is one of those times. Here we have[16]: “I Stared at Strangers’ Vaginas at a Vulva Watching Workshop.” (Hint: NSFW[17]!!!) This freak story originated with Vice Germany, so make your own joke here: _____________. The article, such as it is, begins with actual quote: “I’m lying on my back, naked from the waist down, in some stranger’s living room, while a woman named Jasmin is inspecting my vagina.” It only gets weirder. Actual quote two: “Jasmin is currently training to become a ‘sex-positive specialist’ in the feminist sex shop Sexclusivity in Berlin. The shop’s motto is, ‘Women can do anything, but they don’t have to.’” Germany, it seems, isn’t just where Western democracy goes to die. It’s also where the same fate occurs to Western morality. This group of messed-up Euro nuts meets Laura Merrit, the owner of Sexclusivity. Actual quote three: “Laura’s flat is situated above her shop and it’s largely decorated with items she also stocks downstairs: Dian Hanson’s The Big Book of Pussy leans on a shelf directly above vagina-shaped pillows. On the opposite wall stands a cabinet full of glass dildos, egg-shaped vibrators, feminist porn, and leather strap-ons.” Bizarro stories are the staple of alt-lefty media, especially Vice. Live a normal, decent life and no one in the news business ever wants to hear from you. Get your freak on by getting nude and inspecting lady parts of random strangers? Vice staffers are hopping on the Autobahn to see you. Ah, journalism. It stinks here and is worse elsewhere.

I’m Proud Of My Rainbow-Colored Armpit Hair:We’ve nearly survived Pride Month — 30 days devoted to every liberal media outlet pushing an LGBTQIA [18]agenda. We’ve had marchers, liberal anti-Semitism[19], and a parade of stories celebrating everything gay, bi, trans and more. Left-wing websites were particularly outrageous on this topic, acting like everyone in America is either proud to be gay et al or is somehow a hater. Some of the sites were especially ridiculous. The nutball lefties from Allure continue to excel at stupidity, writing this gem[20]: “An Instagram-Famous Hairstylist Just Created Rainbow Armpit Hair For Pride.” Actual quote: “To grant her wish, Ford dyed her client’s underarm hair five different vibrant hues in ROYGBIV order.” The stylist called it, “Rainbow Pits,” and the pits are certainly where online journalism for women has gone. On the bright, non-rainbowy side, it’s almost July. The media can’t sustain the number of LGBT propaganda stories. Can they?