With America Torn To Shreds By Division, We’ve Hit Rock-Bottom

“Too often we judge other groups by their worst examples, while judging ourselves by our best intentions.” – George W. Bush speaking at the July 12 police officer memorial in Dallas. 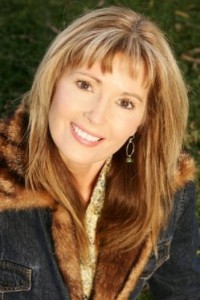 The answer to where you go next after you’ve hit rock-bottom depends on whether rock-bottom was your goal in the first place.

Either way, we’ve arrived. Look around. Turn on the news, if you’ve allowed your last meal time enough to digest.  We’re here…at the bottom…and it’s not pretty. That is, unless tearing America to shreds by creating irreparable division is your intention.

Racial division will be President Obama’s legacy. But it didn’t have to be this way, given the dark-skinned Oval Office occupant who gave the impression that his effervescent presence alone would be enough to improve race relations.

But, you’ve got to at least give it the old college try — to do what’s best for America, not use your position to sow discord and stir up trouble and division like Obama did while speaking at the slain police officer memorial service in Dallas July 12.

“None of us is entirely innocent and this includes police departments,” said the Great Divider, in the presence of family members, colleagues, and friends of officers slain by an assassin who said he “wanted to kill white people, especially white officers.”

His speech had the potential to be his best ever — until he went full-politics during a time meant for mourning, making a laughably false claim that it is easier for a teenager to get a Glock than a computer or book.

Why the gun lecture?

Obama’s rush to judgment time and again concerning these incidents suggests he filters the world through a prism that refracts a reality based on biased perspective, not facts.

From Boston in 2009 to Dallas today, he repeatedly castigates police prior to gathering full information about circumstances. From Poland, before facts were gathered regarding the Minnesota and Louisiana officer-related shootings, Obama rushed to judgment — saying the shootings were “symptomatic of the broader challenges within our criminal justice system, the racial disparities that appear across the system year after year…” Had he paused, he’d have discovered at least one of the officers was not white.

And the disunity pot was again stirred, violence erupted not long after — with the assassination of white police officers in Dallas. Officers were also shot in Georgia, Missouri and Tennessee.

But no one wants to talk about that or what’s happening in Obama’s hometown, Chicago. The Chicago Tribune[3] reported on July 11 that around 2100 people were shot in Obama’s no-guns-allowed metropolis. “A total of 43 people were shot during an 11-hour stretch Friday night into Saturday morning” running up the grand total of 344 homicides this year.

Doesn’t it make sense that police officers would find themselves confronting suspects and using force on occasion — in certain minority neighborhoods where people are killing each other?

Fox News Channel’s “Kelly File” hosted a diverse panel July 11 to discuss racism, police and potential solutions which quickly morphed into a Jerry Springer-like show when things got heated and people made outrageous statements like the police should be abolished.

At that moment, it became quite clear to me that the best place to go after hitting rock-bottom is to our knees. The division in America cannot be fixed by anything less than Divine intervention. We are witnessing what happens when a nation turns away from God and attempts to fix things on its own

Susan Stamper Brown Susan lives in Alaska and writes about culture, politics and current events. She was selected as one of America’s 50 Best Conservative writers for 2015. Her columns are syndicated by CagleCartoons.com. Contact her by Facebook[4] or at [email protected]