America Has The World’s Most Predatory “Victims”

Bullying is ugly and has a stupid name.

For a healthy world, bullying’s unfit. 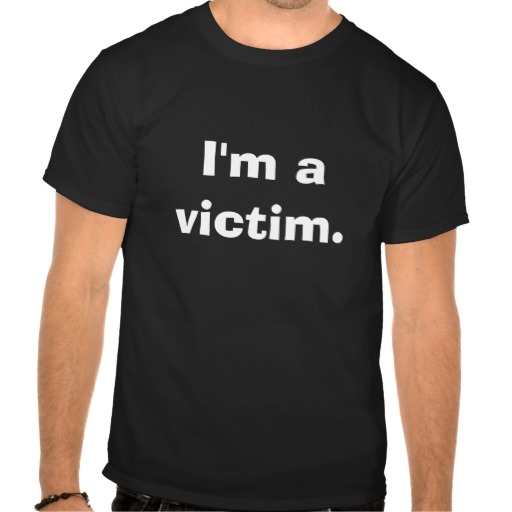 And I think I know what we should do to i-it.

Let’s all get together and make bullying kill itself.

Let’s shove its face in the dirt and make bullying kill itself.

What’s the difference between a bully and a victim? It seems like a simple question, but in America’s victim-obsessed culture, the bully is often the supposed victim. As Voltaire said, “To learn who rules over you, simply find out who you are not allowed to criticize.”

Here in America, we have certain groups that have been unofficially designated as victim classes by the Left. They’re not held to the same standards as the rest of us; criticism of them is considered to be out of bounds and they’re supposed to get special treatment.

So for example, more than a few times we’ve had gay couples looking to get married who’ve obviously searched out Christian bakers or florists who won’t work at their wedding because of their religious beliefs and they have tried to turn that into a profit-making venture. They put up a GoFundMe page; they get fawning articles in the press and poor business owners are often fined and sued out of business while we’re told the gay couple are the real “victims.” They’re not victims. They’re bullies.

Similarly, we’re now told that women who don’t want men who claim to “feel” female in the bathroom with them are obviously terrible people. These awful women are supposedly victimizing all these poor people who just want to use the bathroom they feel like using and worse yet, we’re not supposed to tell transsexuals the truth. Gender is not a social construct; it is biology and a man can no more change into a woman than a woman can change into a fruit bat. So apparently, we’re expected to put half our population in danger at worst and make them extremely uncomfortable at best because what — .1%, .2% of the population will say they feel victimized if we don’t? I’m sorry these people are mentally ill, but their mental illness should be their cross to bear, not everyone else’s.

Of course, race is another area where this happens. Any non-liberal white man who disagrees with a non-conservative black or Hispanic person is immediately presumed to be racist. Decent people are incessantly called “racists” just for disagreeing with liberal policies. We’re told black Americans are such victims that they must be helped out with Affirmative Action. But who’s really getting victimized when the son of a white cop is passed over for the son of a black CEO purely because of the color of his skin? It has gotten so bad that illegal aliens, who broke the law KNOWING that the penalty for it is deportation, are now considered to be victims. Enforcing the law against illegal aliens? We’re not supposed to do that because they’re a protected victim class that has to be allowed to break the law with impunity. “Oh, they’re victims, they’ve victims,” — victims of what? Their own disregard for the law? Meanwhile, there are millions of poor Americans out of jobs because they can’t afford to work as cheaply as an illegal alien who cheats on his taxes to make extra money via the earned income tax credit and doesn’t have health insurance. Not only are they out of a job, but those poor Americans who want to work are falsely stereotyped as lazy because they can’t compete with the financial advantages illegals have over them. Illegals aren’t victims; they’re criminals that are breaking the law and making life worse for poor Americans just by being here.

We’ve even gotten to the point where college students have started believing that they’re such fragile little flowers that they can’t possibly be expected to even listen to an alternative viewpoint inside their precious little “safe spaces.” Yet, on the rare occasions when a conservative speaker is allowed on campus, many of those same fragile little flowers go to the speech just so they can scream, throw food and try to shut the whole event down. Yet, we’re supposed to feel sorry for poor offended college students who act like spoiled brats instead of a speaker who has to put up with their obnoxious behavior.

The way we deal with Islam is probably the most bizarre example of this phenomenon. Every time Muslims murder people in the United States, the first reaction is to always criticize anyone who thinks Islam has something to do with it. Silly us! Just because Muslim terrorists keep telling us that they’re going to kill people in the name of Islam doesn’t mean it has anything to do with Islam. When all those Southern Baptist members of Al-Qaeda show up, won’t we all feel foolish? You can’t state the obvious truth without having people freak out and accuse you of hating every Muslim on earth because you think we should take common sense steps to prevent another 9/11. There are literally Americans who are dead because of this and we can be sure that more will die, but we’re still supposed to pretend Muslims are the victims every time there’s a terrorist attack.

It has gotten so bad that fake hate crimes are now a semi-regular occurrence. In other words, there are so many people just DYING to be victims so they can drown in acclaim, attack their enemies or just make a few bucks that they’re faking it. If there’s a claim that some unknown person left a noose sitting around, scrawled a racist message somewhere or wrote something nasty on a check for a waitress, you have to take it with a grain of salt because there’s a decent chance you’re being scammed.

What does it say about our society that we spend so much time celebrating victimhood? Does it seem healthy that the best thing that could ever happen to someone is to be jokingly called a slut by a talk radio host (Sandra Fluke) or to have a Christian refuse to take pictures at your gay wedding? That’s a sign of how deeply unhealthy our culture has become — because the more time you spend trying to figure out who’s a victim and how to reward him for it, the less time you have to focus on winning, merit and free expression. The United States would have never become a great nation if we had obsessed over victimhood like this all along and it won’t remain a great nation if we continue to do it.