Americans, Where Have You Gone?

Recently, I saw a Photoshopped depiction of Charles Manson next to an unborn baby, and the caption suggested that liberals are more interested in protecting Manson than they are the baby. It got me to thinking. 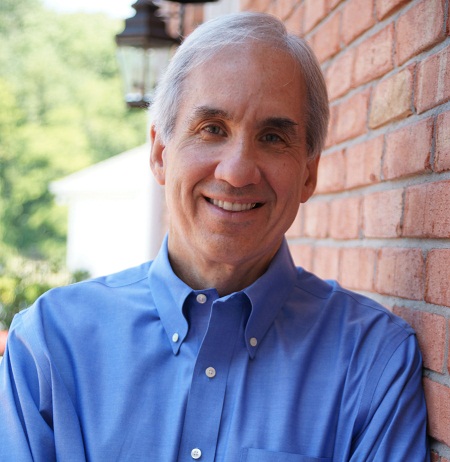 Yes, it got me to thinking about the absurd positions modern liberals hold, which wouldn’t be nearly so disturbing but for the fact that I’m not talking about fringe liberals. I’m talking about mainstream liberals, who control the Democratic Party, the old media, the executive branch of the federal government, the U.S. Senate, the U.S. Supreme Court half the time, the mammoth federal bureaucracy, many state governments, our universities, our national educational establishment and other cultural institutions.

It still may be true that significantly more Americans self-identify as conservatives than as liberals, but liberals are calculating visionaries by nature, and with decades of planning and activism, they’ve exercised influence wholly disproportional to their numbers. Their Orwellian mindset oozes intolerance for opposing viewpoints, and with their cultural bullying, they’ve effectively scared many conservatives and other non-liberals into silence.

The America we see today is but a cloudy shadow of the one in which I grew up, and while mocking iconoclasts celebrate that, we’re experiencing the fruits of their ruination every day. America will not long survive if people who reject these warped and rebellious attitudes — these ideas that are in wholesale defiance of the biblically based values that launched and sustained this nation — don’t start organizing themselves and fighting back.

Just think about the agenda and priorities of Barack Obama, world liberalism’s greatest proponent, and the indefensible positions he supports. America, where have you gone? Some liberals have publicly lamented the indefensibility of Obamacare, but have you noticed they aren’t doing anything to oppose it? The entire Democratic Party apparatus and the liberal establishment are enabling everything President Obama is doing, including his lawlessness and abuses of power. It is now clear that until the next election at least, Republicans alone can’t stop his power-mad constitutional assaults, so unless liberals or Democrats help stop him, they are de facto conspirators in his calamitous assault on this country.

Here’s a short sampling of the Obama/Democratic/liberal agenda and record:

–Opposing laws (voter ID laws) to reduce voter fraud in the name of protecting it and dishonestly and preposterously labeling proponents as racists.

–Stirring up public jealousy, suspicion, distrust, disharmony and discontentment with a dishonest, anti-capitalist crusade against “income inequality” yet denying all responsibility for exacerbating the situation with their own policies and, in the process, making great strides in moving us away from equal opportunity, which guarantees the most prosperity for the most people, and toward the goal of equal outcomes, which always leads to increased poverty and misery.

–Implementing policies that have stagnated the economy since Obama’s been in office yet still blaming George W. Bush and everyone and everything but him.

–Destroying the work ethic by demonizing and punishing producers, success and business and glorifying and rewarding dependency, sloth and covetousness.

–Pushing increases in minimum wage and endless extensions of unemployment benefits with a superior air of compassion while wholly ignoring their deleterious effects on jobs and the people they purport to help.

–Sabotaging America’s energy independence and prosperity by blocking oil drilling, suffocating fracking of natural gas through onerous, costly regulations, jacking power prices by 70 to 80 percent with the Environmental Protection Agency’s new “clean coal rule,” and unleashing the totalitarian, unchecked EPA to wage war against most other reliable domestic energy resources — all the while pretending to be conventional energy’s best friend and taking credit for its advances and, without a scintilla of accountability or remorse, wasting billions of dollars on failed green energy projects, which wouldn’t reduce global temperatures a smidgen, even if you believe in man-made global warming.

–Moving the federal debt toward a fiscal crisis (according to the Congressional Budget Office) and denying it’s even a problem and blocking entitlement and other spending reform to reverse it.

–Destroying America’s health care system while claiming to save it.

–Facilitating the federal funding of abortion through Obamacare while denying it.

–Manufacturing a phony GOP war on women and pitting the genders against each other for political gain.

–Ostracizing and slandering black conservatives, all for daring to stray from the “required” political views.

–Making a mockery of transparency and afflicting the fawning liberal media with abused spouse syndrome.

–Exploiting school shootings to promote an unconstitutional gun control agenda that would do nothing to address the problem.

–Pushing amnesty for illegals and defaming opponents as racists.

–Egregiously flouting the rule of law and the separation of powers.

–Politicizing the U.S. Justice Department to an alarming degree.

Americans, where have you gone? When will the frightened conservatives and the Democrats who can’t possibly agree with this madness join us in opposing the theft of our great and beloved nation?