In the aftermath of the Boston Marathon killing spree by foreign-born jihadists, see-no-evil bureaucrats in Washington are stubbornly defending America’s lax asylum policies. DHS Secretary Janet Napolitano told the Senate Tuesday that the screening process is rigorous, effective and extensive. 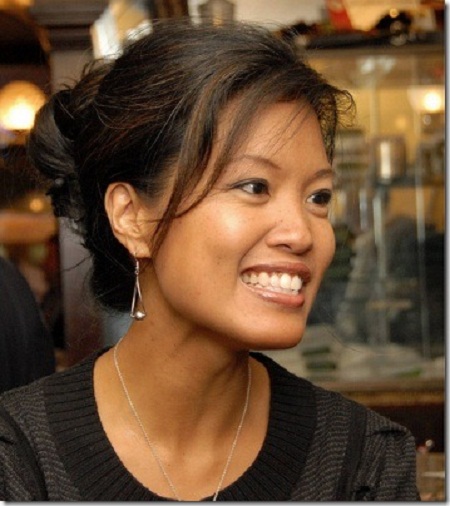 These people can’t handle the truth. Or tell it. The Tsarnaev brothers reportedly were granted asylum by “derivative” status through their parents. After entering on short-term tourist visas, the mother and father (an ethnic Chechen Muslim) won asylum and acquired U.S. citizenship. Next, younger son Dzhokhar obtained U.S. citizenship. Older son Tamerlan, whose naturalization application was pending, traveled freely between the U.S. and the jihad recruitment zone of Dagestan, Russia, last year before the bombers’ gunfight in Watertown, Mass., last week left the Muslim terrorist dead.

Though they had convinced the U.S. that they faced deadly persecution, the Tsarnaevs’ parents both returned to their native land and were there when their sons launched last week’s terror rampage. Authorities will not reveal any details of the sob stories the Tsarnaevs originally spun to win asylum benefits for the entire family.

The whole thing stinks. And it’s an old, familiar stench. Immigration lawyers have been working the system on behalf of asylum con artists for decades. The racketeers coach applicants with phony stories and documents from “chop shops” and game their way through “refugee roulette.”

Asylum and refugee claimants are being rubber-stamped at all-time-high rates. Government data analyzed by the nonpartisan TRAC website show that “the odds of an asylum claim being denied in Immigration Court reached an historic low in FY 2012, with only 44.5 percent being turned down. Ten years ago, almost two out of three (62.6 percent) individuals seeking asylum lost their cases in similar actions. Twenty years ago, fewer than one out of four (24 percent) asylum applicants won their cases, while three out of four (76 percent) lost.”

The game is rigged in favor of identity-group hustlers, who mau-mau adjudicators whose approval rates don’t meet their approval. Soft-on-enforcement lobbying groups argue that it’s better to err on the side of allowing bogus asylum-seekers and refugees to stay than to get serious about cracking down on fraud and send undeserving foreigners home. It’s not “practical” or worth it, they say.

But what about the “if it saves just one life” standard set by President Obama? Why does it only apply to gun control? Why won’t Washington err on the side of public safety by reexamining and overhauling our fraud-riddled asylum, detention, deportation and visa issuance policies after the Boston jihad?

In case you’d forgotten, the Tsarnaevs were not the first murder-minded jihadists to benefit from ineffective policing of our asylum and refugee policies. As I’ve reported previously: –Ramzi Yousef landed at New York City’s JFK airport from Pakistan and flashed an Iraqi passport without a visa to inspectors. He was briefly detained for illegal entry and fingerprinted, but was allowed to remain in the country after invoking the magic words “political asylum.” Yousef was released for lack of detention space and headed to Jersey City to plot the deadly 1993 World Trade Center bombing.

–Gazi Ibrahim Abu Mezer, a Palestinian bomb-builder, entered the U.S. illegally through Canada in 1996-97. He claimed political asylum based on phony persecution by Israelis, was released on a reduced $5,000 bond posted by a man who was himself an illegal alien and then skipped his asylum hearing. In June 1997, a federal immigration judge ordered Mezer to leave on a “voluntary departure order.” Mezer ignored him. He joined the New York City bombing plot before being arrested in July 1997 after a roommate tipped off local police.

–Mir Aimal Kansi, convicted in 1997 of capital murder and nine other charges stemming from his January 1993 shooting spree outside the CIA headquarters in McLean, Va., also exploited our insane asylum laxity. Despite his history as a known Pakistani militant who had participated in anti-American protests abroad, Kansi received a business visa in 1991. After arrival, he claimed political asylum based on his ethnic minority status in Pakistan. While his asylum application was pending, he obtained a driver’s license and an AK-47, murdered two CIA agents and wounded three others.

–Somali national Nuradin Abdi, the al-Qaida shopping mall bomb plotter convicted in 2007, first entered the U.S. in 1995 using a false passport. He entered again illegally from Canada in 1997 and secured asylum on false grounds. Abdi then was able to fraudulently obtain a refugee travel document, which he used to fly to Ethiopia and, yes, Chechnya for jihad training.

–Among the convicted Fort Dix (N.J.) jihad plotters were three ethnic Albanian illegal alien brothers, Dritan, Shain and Eljvir Duka, who snuck into the country through Mexico with their parents. In 1984, the father applied for asylum, but the feds ignored them for two decades. In the meantime, as America showed the Dukas’ refugee community unmatched compassion and generosity, the Muslim trio returned the favor by planning to massacre U.S. soldiers.

As always, political correctness and political pandering are the handmaidens of terrorism.