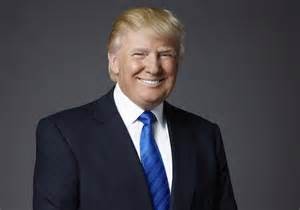 [1]Catching bits of the news, my wife asked, “Did Donald Trump say something against Mexicans?” I replied, “No, Trump simply dared to state statistical facts exposing the high criminal element among the illegals flooding across our border.” I’ve read horrific articles about the torture, rape and murder of Mexican women and children during their illegal journey to America[2] ; not to mention the gang members and other bad people invading our homeland[3]. The probability of getting raped is so high crossing the border illegally women take birth control[4].

And yet, Trump was not suppose to alert the American people. The Left immediately went into attack and destroy mode – trying to brand Trump a hater of Mexicans.

The Left had a cow when Trump stated the truth because welcoming illegals, regardless of the caliber, is how the Left restocks the Democratic Party with new uneducated and unskilled future voters who will be dependent on government and vote for Democrats who promise more freebies.

To silence and hopefully destroy Trump, the Left employed its standard never-failing tactic of changing the subject and taking its opponent’s comments to mean the extreme. Case in point: Addressing illegal immigration means Trump hates Mexicans.

Hillary “not-an-ounce-of-scruples-in-her” Clinton took Trump’s comments to the most outrageous extreme, attempting to blame him[5] for the mass shooting at the church. How do you get to mass murder from Trump simply telling the truth about illegal immigration? Hillary believes voters are clueless and her Leftist media buddies will help her despicable nonsensical indictment to stick to Trump in their minds.

As expected, businesses are cowardly disassociating themselves from Trump. Trump was then supposed to cower in fear and shame, drop to his knees begging for forgiveness, make a large contribution to Telemundo, throw in a check for Al Sharpton for good measure and shut up. But, the Left got Trumped.

Trump firmly stood by his comments because they are true. How long will the American people be bullied into silence, in essence, allowing the Left to repeal their first amendment right of free speech?

Here’s another example of the Left’s tactic of changing the subject and taking things to the extreme. The Left changed the subject from a wacko white guy murdering blacks in a church to banning the Confederate flag. The Left has decreed that anyone who does not rip down the historic Confederate flag obviously hates black Americans. As always, the Left’s “take the argument to the extreme” tactic worked. Quaking in their boots, business executives are frantically ordering the immediate removal of Confederate flags – hoping their compliance beats the Left targeting them.

Apparently, voters are finding it refreshing to have a Trump card in the game, smacking down political correctness. Quinnipiac has Donald Trump a strong second among GOP[7] presidential contenders in Iowa.

“The Donald” is showing Americans how to response to the Left’s bullying tactic; Trumping political correctness.

Political correctness has decreed that peanut butter and jelly is racist[10]. Why? Wait for it… “it leads to cultural sensitivity.” These people on the Left are nuts. I say, Trump it folks. Let’s start National Peanut Butter and Jelly Day. Just kidding, but you get my point.

Awhile ago, I excitedly fired off a column for publication, praising a presidential contender who boldly stated a politically incorrect truth. I raved about the candidate’s courage and backbone, standing up to the Left. The editor wrote back informing me that my guy caved and apologized. Oh…okay – never-mind. We scratched the column.

I don’t expect that to happen with “The Donald.” I pray that other GOP candidates will take a cue from “The Donald” and learn how to play the Trump card.