And the Band Played On

After three months of consistently disappointing jobs numbers, the markets were as keyed up for a good jobs report as a long suffering sailor awaiting shore leave in a tropical port. The just released April jobs report, which claimed that 288,000 jobs were created in the U.S. during the month, provided the apparent good news. But you don’t have to go too far beneath the surface to find some troubling trends within the data. Even this minor excavation was too much for the media cheerleaders and Wall Street pitchmen to handle. 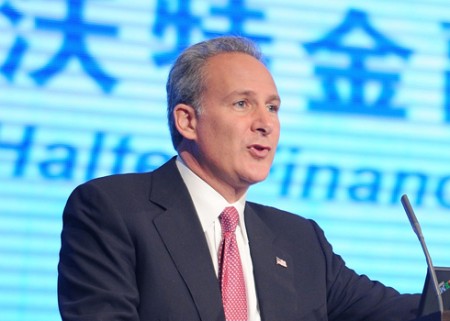 The dominant narrative held that the prior reports had been so weak because the unusually cold weather (the 10th snowiest in the past 50 years) had prevented consumers from venturing outside to make purchases or employers from hiring workers. Time and again the winter was blamed for the disappointing jobs reports that came in over the 1st quarter. As a result, the consensus of economists predicted a rebound in April with 215,000 net new non-farm jobs. The 288,000 figure that greeted the markets last week – which helped bring down the unemployment rate to a post-crash low of just 6.3% – confirmed the weather hypothesis.

In reality, the desperation in which these tenuous data straws were grasped is a testament to our chronic economic weakness. Far more significant than the number of jobs that were created in April were the far greater number of jobs that were lost (806,000) because chronically unemployed Americans gave up on their fruitless quests to find work. This trend has been ongoing for years. The latest exodus of workers pushed the labor force participation rate down from 63.2% to 62.8%, an unusually sharp monthly drop. Apart from October and December 2013, also at 62.8%, the rate now is at the lowest level since March 1978. Each individual who drops out of the job market creates another lost taxpayer and another individual who is more likely to receive government support. But the media coverage of the jobs data treated this stunning development as a mere afterthought.

What should have been of particular concern, but was not even mentioned, was that more than 80% of the 288,000 jobs came from birth/death assumptions the government makes about the net number of new companies that formed during the month and the number of people those companies would have been expected to hire. For some reason the statisticians always assign a disproportionally high number of these assumed jobs to April and May. The rationale for this is likely buried deep within bureaucratic small print, so we have to take that number with a grain of salt. But what if only 100,000 new jobs were added as a result of birth/death assumptions, as was averaged in February and March? The Labor Department may have been just as convinced as everyone else that the cold weather had restrained hiring during the winter. As a result they may have been inspired to make this year’s April assumption the biggest in the last six years.

The story even gets worse when you consider the types of jobs that are being added. As has been the case for years, the new hires are heavily weighted to the lower end of the spectrum, particularly in low-paying service sector and retail jobs. The drop in the labor participation rate would not be so alarming if those who remained working were finding jobs that could support families. But that is not what is happening. We are replacing good jobs with bad jobs and getting poorer with each passing month.

This trend was confirmed on May 1 when the Bureau of Economic Analysis released its March Personal Income and Outlays report. As is typical, the pundits reacted positively to the .9% increase in consumer spending. But they couldn’t be bothered to look at the other side of the coin to determine how that increase was achieved. With personal income up only .5% for the same period, Americans financed their extra spending with a drop in savings, which dropped to 3.8%, the lowest level since just before the 2008 crisis (with the exception of January 2013 at 3.6%). Contrary to the rhetoric coming from spending-obsessed economists and politicians, savings constitute the foundation upon which economic health rests.

More bad news arrived recently with the release of first quarter GDP numbers, which showed the economy “growing” at a glacial .1% annualized over the first quarter. The results stand in stark contrast to the optimistic forecasts that continue to hold sway on Wall Street. According to Bloomberg’s April Survey, a consensus of economists expect the US GDP to expand 2.7% in 2014. But so far the horse has stumbled badly from the gate. Just to reach the consensus estimate for the year, the economy would have to average 3.5% annualized growth over the remaining three quarters of the year. The odds of that are slim to none, and Slim has just dropped out of the workforce.

However, as we have seen in recent years, GDP estimates are more likely to be revised downward than upward in subsequent data releases. So there is a very good chance that the first quarter estimates will be revised into negative territory. This means that we may be already half way to a recession (which is defined as two consecutive quarters of negative growth). As they have done with the recent jobs reports, most economists pin the bad GDP number on the hard winter. This is a dangerous game to play. If GDP now fails to respond strongly to the return of warmer weather, the truth of a fundamentally weakening economy will become that much easier for everyone to see. But with asset bubbles forming across many sectors of the economy, the truth can be a serious hazard. Nothing pricks a bubble quicker than a loss of confidence.

After last year’s stunning 29% rally in U.S. stocks, Wall Street virtually assured investors at the end of last year that the good times would continue. Instead, stocks are virtually flat for the year. If not for the super-charged mergers and acquisitions market, which according to the Wall Street Journal accounted for $638 billion of transactions thus far in 2014 (the highest level of activity in almost 20 years), and the rock bottom long term interest rates provided by the Federal Reserve, markets could be tanking. What’s worse is the fact that the first five months of the calendar are usually the best for market performance (hence the Wall Street adage “sell in May and go away.”) If this is how we have fared in the Spring, beware the Summer doldrums and the time this Autumn when the Fed is scheduled to end its QE program.

While the darkening skies may not be visible to Americans, the foreign exchange markets have taken notice. Today the U.S. dollar hit a five-year low against the British pound, a nearly three-year low against the Swiss franc (notwithstanding three days in March that traded slightly lower). The weakness in the dollar portends a weaker U.S. economy and a strong likelihood for more Quantitative Easing from the Federal Reserve. It also confirms that Europe’s strategy of limited “austerity” did not deliver the catastrophe that many on the left, including Paul Krugman, had predicted.

And so while there are plenty of reasons to be cautious about America’s economic future (the: growing geo-political tensions in Ukraine for instance – explored in detail in my: latest newsletter), Wall Street has found ways to ignore all of them. My advice to investors is to ignore the swelling crescendo coming from the paid musicians. Take a look at the sheet music instead. They may play it like a fanfare but it is written like a dirge.