I didn’t care for the “Arab Spring,” but the “Arab Summer” is a blockbuster! 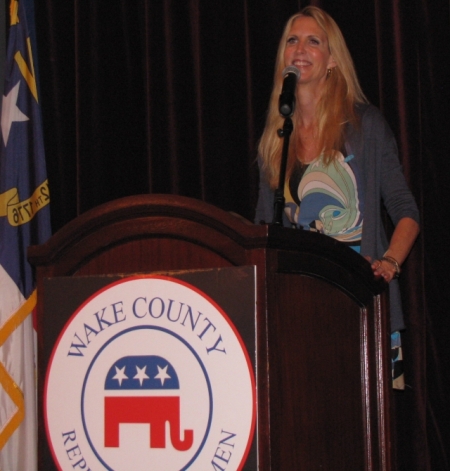 Liberals’ rosy predictions for Egypt’s Islamic revolution didn’t turn out as planned. Who could have guessed that howling mobs in Tahrir Square in 2011 would fail to produce a peaceful democracy?

Egyptian President Hosni Mubarak had supported U.S. policy, used his military to fight Muslim extremists and recognized Israel’s right to exist. So naturally, Obama told him he had to go.

Let’s review what liberals said at the time about that glorious people’s revolution — only from The New York Times:

— “(Egyptian) Officials blamed the Muslim Brotherhood (for the protests). … Even if the Brotherhood had a role — the group denies it; the truth seems more complex — it is easy to understand why Egyptians are fed up.” (Editorial: “Mr. Mubarak Is Put on Notice,” Jan. 26, 2011)

— “The mistake, which still emanates from think tanks stocked with neoconservatives, is assuming that democracy can come at the end of sword. … Now that some of the dominoes appear to be falling, this has more to do with Facebook and the frustrations of young, educated adults who can’t earn enough money to marry than it does with tanks rolling into Baghdad, or naive neocons guiding the State Department.” (Timothy Egan, “Bonfire of American Vanities,” Feb. 3, 2011)

— “What is unfolding in Arab streets is not an assertion of religious reaction but a yearning for democracy with all its burdens and rewards.” (Ray Takeyh, “What Democracy Could Bring,” Feb. 4, 2011)

Oops! Within less than a year, we found out that the truth wasn’t “complex”: The Muslim Brotherhood was behind the revolution. They rigged an election and were planning to implement Sharia law — until the Egyptian military stepped in on behalf of the people this year and removed the Brotherhood’s Mohammed Morsi as president.

In Arab countries, at least, it seems that democracy can come only “at the end of a sword.”

Also in 2011, Obama ordered air strikes in Libya against Moammar Gadhafi — at the precise moment Gadhafi was no longer a threat to anyone. After Bush invaded Iraq, Gadhafi promptly gave up his nuclear program and invited U.N. weapons inspectors in to prove it. Apparently, he wasn’t interested in becoming the next Saddam Hussein.

Obama’s bombing of Gadhafi was also enthusiastically supported at the Times. Gadhafi, you see, had killed hundreds of his own people. Meanwhile, President Bashar Hafez al-Assad of Syria can preside over the slaughter of more than 100,000 of his people since that time without a cross word from the left.

Libyan people proceeded to stalk and kill Gadhafi in the desert (video on YouTube). A year later, the happy people of Libya murdered our ambassador and three other Embassy staff. But as Hillary said, “What difference, at this point, does it make?”

After all their carping about the Iraq War, you’d think liberals would have waited a few years before getting sentimental about democracy in Egypt and Libya. At least democracy is working in Iraq, despite Obama’s attempt to wreck it by withdrawing all U.S. troops. (We still have troops in Germany — but not in Bush’s Iraq.) Still, our ambassador wasn’t assassinated in Baghdad.

Speaking of which, what is the geopolitical strategy behind Obama’s sending more troops to Afghanistan? The 9/11 attack was not committed by Afghanistan. That country has no history of exporting terrorism. Afghans have traditionally been the invaded, not the invaders. They’re too busy herding goats.

The 9/11 attack was planned by foreigners who had decamped to Afghanistan. Although the Taliban was eager for al-Qaida’s help in fighting the Northern Alliance, it had no interest in attacking America. Mullah Omar dissented from Osama bin Laden on that brilliant idea.

It was one thing to go in and wipe out the Taliban after 9/11 in retaliation for their allowing bin Laden to set up shop there, but what was the point after that? Three months into President Bush’s war in Afghanistan, we had accomplished all we were ever going to accomplish in that godforsaken area of the world.

To quote one of liberals’ favorite arguments against the Iraq War: What does victory in Afghanistan look like?

The one place Obama should have intervened was Iran. The moderate, pro-Western, educated Iranian people were being shot in the street in 2010 for protesting an election stolen by Mahmoud Ahmadinejad, a messianic lunatic in a Members Only jacket. There was a clear alternative in that case that didn’t involve the Muslim Brotherhood, to wit: the actual winner of the election.

But Obama turned his back on the Iranians. Democrats are so opposed to promoting the United States’ interests around the globe, it doesn’t occur to them that, sometimes, our national interests might coincide with the interests of other people.

Liberals made fun of Sarah Palin for not being able to define “the Bush doctrine.” Can Obama tell us what “the Obama doctrine” is? Leap in only to make the rest of the world a more dangerous place? At least Egyptians are safe now, thanks to their military and no thanks to Obama.