Ban Bossy: Forget the Other B-Word?

As a young conservative woman, I’m a prime target of insults and vitriol from liberals. My opinions and actions, and those of my like-minded friends, come under fire every day for differing from liberal orthodoxy. The B-word we’re called isn’t “bossy.” 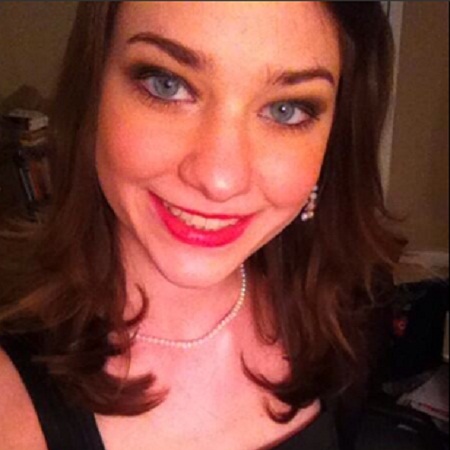 And I have to wonder if those behind the new Ban Bossy[2] campaign realize that.

Ban Bossy[2] launched last month, boasting Girl Scouts and Sheryl Sandberg’s Lean In as sponsors as well as First Lady Michelle Obama, Beyoncé, Jane Lynch and Jennifer Garner as “A-list” spokeswomen. What the campaign doesn’t have is support from young conservative women such as myself.

The campaign blames a supposed dearth of female leaders on the usage of a single word: “bossy.” It claims that when young boys assert themselves, they’re applauded as “leaders;” when young girls assert themselves, they’re labeled “bossy.” From this “finding,” Ban Bossy concludes that, “girls are less interested in leading than boys — a trend that continues into adulthood.”

But with the support of the fawning media, there’s no need to check the facts. ABC’s Diane Sawyer declared Ban Bossy “the powerful movement to change one word” while “Nightline” aired Facebook COO and Lean In Founder Sandberg who recommended applauding daughters for “executive leadership skills” rather than uttering “bossy.” Funny how no one’s talking about how entertainment TV used the inglorious word “bitch” 50 times[3] the same week the campaign launched.

From CBS’ “CSI: Crime Scene Investigation” and NBC’s “Community” to ABC Family’s “Twisted,” “bitch” rolled off the tongues of:  TV actors. A gang member on “Chicago Fire” ordered a female EMT to, “Open the door, bitch!”: and “Blue Bloods” used “son of a bitch” a total of three times in just one episode.

Late night comedies were no exception.:  “At Midnight” Host Chris Hardwick joked about a picture of a sitting dog: “We’re not 100 percent sure, but the dog is angry. He is impatient, and he’s waiting for his bitch wife to get out of the shopping mall.”: Hosts from “Jimmy Kimmel Life,” “The Late Late Show,” and “Conan” invited actor Aaron Paul on to say “bitch,” the trademark of his “Breaking Bad” character.

The hypocrisy didn’t end there. Censoring a word goes against the spirit of artistic freedom that so many celebs champion, but Beyoncé didn’t notice. She announced in the campaign’s video, “I’m not bossy, I’m the boss.” What she didn’t articulate is that she routinely sings the other b-word[4] (nine times!) in her latest music album. Which is a worse message for young women, calling them bossy or calling them a bitch?

Seven of those mentions appear in her hit song “***Flawless,” where she insists on her superiority over other women (alongside the word “respect”):

I know when you were little girls

You dreamt of being in my world

Respect that, bow down: bitches: (crown)

I took some time to live my life

This my shit, bow down: bitches

If the campaign were to pick a role model for young women, why not “The Secret Life of the American Teenager” star Shailene Woodley who promotes a positive body image[5] by refusing to wear make-up at events? Yes, actress Jennifer Lawrence falls a lot, but she also makes “conscious decisions”[6] based on her younger audience. There’s even Taylor Swift. Granted, she has her guy problems, but she doesn’t fill her lyrics with “bitch” either.

Ban Bossy gets a general point across in nice packaging, some might argue. But even if the campaign raises awareness, what kind? The campaign centers on how women are always the victims, never the heroines. That the power of a word holds us back, that we are defined by a word that someone else calls us.

Forget factoring in family. Friends. Faith. The environment. Culture. Society. Self-respect. Banning “bossy” sounds so much easier.:  Even Disney has updated, including more inspiring heroines. Just look at Brave’s headstrong Merida or Frozen’s selfless Anna. Ban Bossy seems like something from the 1970s.

And one last note for those well-meaning feminists concerned about getting women to lead: Don’t shrug off or excuse nasty attacks on women who speak their own minds, even if you don’t agree with them. “Bossy” is small stuff compared to the language hurled at conservative women.

The message each and every girl needs to hear today is that she has intrinsic worth as young woman — that she can fight the hurdles — the labels — we all confront. And still succeed.

Katie Yoder is Staff Writer, Joe and Betty Anderlik Fellow in Culture and Media at the Media Research Center.: