Despicable perv Bill O’Reilly finally got canned for drugging, fondling and raping women, often hanging them by handcuffs from the ceiling of his mansion basement and tickling them nearly to death. Well, no. He didn’t do any of that. 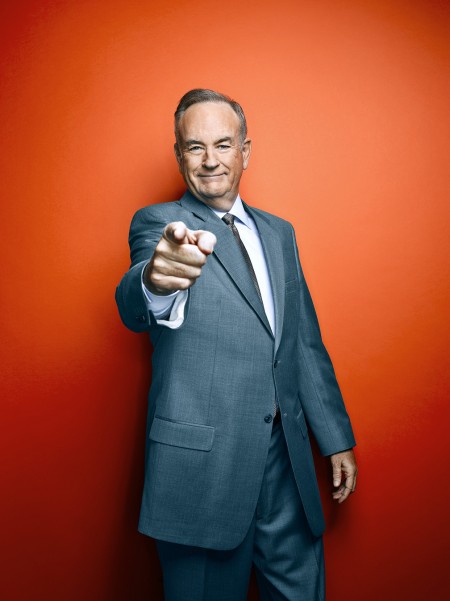 The sexual harassment crimes of the O’Reilly Factor host as described in the shocking expose in the New York Times on April 1 include: asking a woman up to his hotel room after a dinner date (she declined), taking a couple of female guests on his show out to dinner, or to the theater, or to his home, and – horrors — trying to kiss one of them after a date. His helpless victim was SO surprised she fell to the ground. And this monster didn’t help her up!

Among questions going unanswered in this doubtless Pulitzer-contender NYT piece are: why would a woman date someone or go to his home if she finds his “advances” to be repulsively unwelcome sexual harassment, as these women insist they did? Why would you believe the tales of the two women who settled their complaints with 21st Century Fox, the Fox News parent company, in 2016, many years after voluntarily leaving Fox News? Laurie Due (just don’t) left Fox in 2008 yet collected over a million dollars eight years later from her harassment suit although, the Times admits, she “had not raised sexual harassment issues during her tenure or upon her departure.”

Regular O’Reilly guest Juliet Huddy actually scored 1.6 million when she accused him of pursuing “a sexual relationship in 2011, at a time he exerted significant influence over her airtime” according to a letter from her lawyers leaked to the New York Times. Huddy had already failed as a host of a syndicated morning show in New York that was cancelled in 2009 and was likely hired at Fox in the first place according to the Times because her dad was a Fox News consultant and good buddy of CEO Roger Ailes. Though her segments on the Factor always set new standards for fluffery, her solid nepotism connection probably meant she was in no danger of losing her job.

Thus it’s unlikely she had to date O’Reilly for career insurance, but date him she did. She’s the one who complained of a stolen kiss after O’Reilly took her to lunch and then to his multi-million-dollar home on Long Island. He gave her the tour and, according to the lawyers’ letter, “to her shock and disgust, as Ms. Huddy was saying goodbye to Mr. O’Reilly, he quickly moved in and kissed her on the lips. Mrs. Huddy was so taken aback and repulsed that she instinctively recoiled and actually fell to the ground. Mr. O’Reilly, looking amused, did not even help Ms. Huddy up.” Horrors and forsooth! Only the lack of a stinging slap saves this silly scene from an 18th Century historical romance novel.

So shocked and repulsed was Ms. Huddy by this brutish cad’s unwelcome advances that the very next week she accepted his invitation for dinner at the Harvard Club followed by a Broadway show. At the show, he “moved close to her in a way that made her uncomfortable” and tried to hold her hand but she pulled it away according to the letter. Huddy contends that her date then dropped his hotel key in her lap, told her to meet him there after the show, and left. At this point, any normal shocked and repulsed woman would have thrown the key away, or given it back to him when she saw him again at work, or left it at the hotel desk. But not our Juliet. She marched up to his room, knocked on the door to return the key, and lo and behold, O’Reilly opened the door in his boxer shorts. If Huddy’s bizarre tale can be believed, a really huge “if” lift, at least we know the answer to the boxers vs. briefs question.

Huddy’s lawyers contend “when she rebuffed his advances, he tried to derail her career,” but offer no proof for this. She wasn’t fired or reprimanded, nor did she complain to HR. In fact, Huddy eventually left to take an early-morning TV gig at Fox in New York. Ironically, dad John Huddy was fired along with Ailes last July and, notes the Times, “Juliet expressed her support for the outgoing chairman.” So her sympathies were with Ailes, ousted in disgrace after a $20 million sexual harassment lawsuit payout to Fox host Gretchen Carlson. But just a few weeks later, many years after she had left Fox News, Huddy herself claimed sexual harassment by O’Reilly. Surprise, surprise. That 1.6 million dollar kiss seems to be her true talent. One can only hope she’s sharing her new fortune with dear old dad since he’s the reason she got the Fox job and the big payday in the first place.

During O’Reilly’s nearly 25-year career as the premiere talent and top earner for Fox News, five women have made about 13 million collectively in lawsuits against him. One woman was a producer who collected untold hundreds of thousands, not for any sexual allegations, but merely because he yelled at her. Of the other four, two reached rich settlement agreements years after they voluntarily left Fox, but immediately after the Ailes downfall generated scandalous headlines.

Would it be egregiously misogynist, or just common sense to suggest these women could have been inspired by the $20 million settlement payment to Gretchen Carlson just weeks before they suddenly recalled how horribly they had been abused by naughty Bill so many years ago?  And could these women have been exploiting O’Reilly instead of the other way around?

Mackris quit TV after cashing her 9 mill check. According to the Times, after O’Reilly she “suffered from post-traumatic stress and spent years seeing a therapist” and now lives in a cat-and-art-filled condo where she keeps bowls of gumballs on tabletops and works on a book about WWII.

The flimsy, sometimes downright preposterous stories of the women who got Bill O’Reilly booted from his career rely on the familiar if ancient meme that if a woman resists the sexual advances of her powerful male boss she will be fired or demoted. But in no O’Reilly case has this been proven. No retaliation was exacted, and no revenge was taken. Getting less air time or having a segment cancelled can happen for any number of reasons among them ratings, viewer comments, advertiser preferences and other factors having nothing to do with sex.

These stories cheapen the true victims of sexual violence – the women raped by strangers or  intimates, brutalized by husbands or boyfriends, or in some famously misogynist cultures forced to marry men decades older who beat them, keep them captive at home unable to drive or go to school or get a job. Or even the women who really must sleep with powerful men to keep their jobs – something sadly which is still happening in the entertainment industry after all these years.

It’s actually a form of stolen valor for a woman to claim that a couple of “repulsive” dates and a clumsy kiss constitute sexual harassment. And you can bet every male executive in every business is thinking very carefully about hiring women when all it takes is a few uncorroborated sensationalist accusations to extort millions.

Joy Overbeck is a Colorado journalist and author who writes for Townhall.com, The Daily Caller, The Washington Times, American Thinker, BarbWire and elsewhere. More columns: https://www.facebook.com/JoyOverbeckColumnist[2]   Follow her on Twitter @JoyOverbeck1