As Year One of the Trump Administration runs towards its final weeks the time for an honest assessment of expectations verses results is upon us. The 2016 election of President Trump was a referendum on the failed leftist policies of Barack Obama. America rejected a continuance of these policies and the fear of up to 3 Supreme Court Justices being appointed by the lawless Hillary Clinton compelled Trump’s historic ascension. 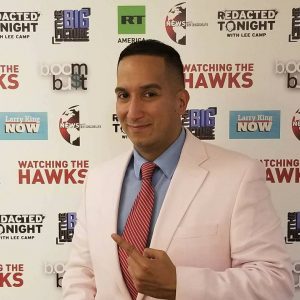 Here is some of what we were promised:

Conservative Appointments to the Supreme Court.

“The real appeal of Gorsuch nomination is he’s likely to be the most effective conservative nominee in terms of winning over Anthony Kennedy and forging conservative decisions on the court,”- Jeffrey Rosen, National Constitution Center

Conservatives, Anti-Swampers as well moderate Democrats could all agree that the appointment of Neil Gorsuch was a positive step and delivery on a core campaign promise. The Judiciary badly needed a lesson on civics and a rereading of the Constitution after a particularly horrific summer of 2015 in which a legitimate challenge to basic language in the Affordable Care Act was shot down in a shockingly bad decision as well as the usurpation of State’s Rights regarding the issue of marriage.

An America First Approach and the Return of our National Sovereignty.

Result: Days after his inauguration, Trump said he will begin renegotiating the horrific North American Free Trade Agreement (NAFTA) when he meets with the leaders of Canada and Mexico. NAFTA has been one of the biggest job killers in American history. During the Obama Administration alone 7 million manufacturing jobs were lost in America. On January 23rd of this year, Trump signed an order withdrawing from the Trans Pacific Partnership. He followed up on these early moves on January 28th when President Trump signed an order that he said would result in a lifetime ban on administration officials lobbying for foreign governments.

Perhaps the most resounding illustration of President Trump’s intent to put American interests ahead of the globalist agenda came on September 18th when he addressed the United Nations General Assembly. President Trump delivered a warning to North Korea and discussed the Iran nuclear deal in that speech as he spoke in powerful pro-American terms.

The Repeal and Replacement of The Affordable Care Act.

Result: The House and Senate have at different times both embarrassed themselves over what would have seemed like a slam-dunk just a year ago as these pathetic legislators on the Republican side of the aisle have shown themselves to be liars. President Trump, as we know, is restricted by the Constitution and cannot unilaterally implement new healthcare laws without cooperation from his own party, which has been absent in the first year of his administration.

Tax reform was assumed to be perhaps the easiest to implement portion of the Trump agenda given the Republican majorities in the House and Senate. The months of Congressional time wasted on failed healthcare reform has contributed to the fact that we are headed to December without a major legislative victory for a GOP headed into the 2018 midterms in a potentially compromised position. A version of tax reform that penalizes high tax blue states has passed the house but faces opposition in the Senate and is generally seen by conservatives as a flawed bill.

Trump must whip votes like his legacy depends on it because let’s be honest, IT DOES. A defeat in the midterm elections would all but guarantee congressional obstruction for the remainder of Trump’s first and perhaps only term. That would be a slap in the face of the over 60 million Americans that pulled the lever for lower taxes, opportunity and the return of American exceptionalism.

The truth is many in the leadership positions within the GOP are paper tigers that only espouse focus group tested conservatism on the campaign trail with no real intention of coming through on their promises. Look no further than House Speaker Paul Ryan making budget deals with Senator Patty Murray and Majority Leader Mitch McConnell taking a 2 billion-dollar kickback for the State of Kentucky during one of the many quarterly budget standoffs that occurred during the Obama Administration.

Trump wanted to drain the swamp, lets hope he isn’t swallowed up by it.