Congressman Kerry Bentivolio: Mexican Cartels May Be Behind The Flood Of Illegal Immigrants At The Border

Please note that the following message reflects the opinion and representations of our sponsor alone.

After an investigative trip to Latin America Congressman Kerry Bentivolio is raising serious concerns over the border crisis and has harsh words for the “absent administration”. 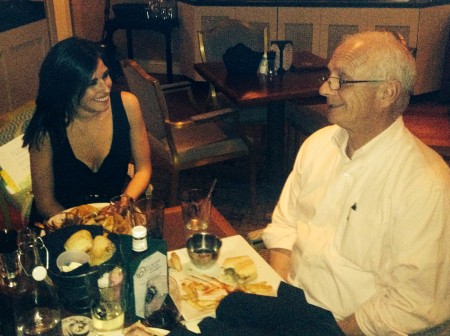 With the sudden flood of illegal immigrants crossing the border Right Wing News: Writer, Jennifer Lawrence,: sat down with Congressman Bentivolio to talk about the crisis and what he was able to find in Honduras, El Salvador, and Guatemala.:  “We can’t get a straight answer from anyone about what’s happening so a group of us went down there to see what we can find.:  Did you see what happened to Congressman Bridenstine from Oklahoma?:  They blocked him from even seeing what was happening in his own district.”:  When asked what he’d been hearing from the administration he scoffed, “Do we even have an administration? We(congress) certainly aren’t hearing anything from them. As a teacher I have no choice but to mark them absent.”

When asked who was behind the organized campaign to flood the border the Congressman offered a few possibilities, “They are leaving because it’s poor down there and everything is controlled by gangs.:  In order to go to school or pretty much leave the house people have to get permission from the gang leader.:  As to who is paying the thousands of dollars to send them on their treacherous journey to America it isn’t clear.:  The cartels can certainly afford it and could be using this as a distraction to move drugs and weapons across the border.:  It’s the old magic illusion, you have to watch what the other hand is doing.”

The Congressman while not ruling anything out is leaning towards the cartels as the source, “It seems most likely cartel related.:  They have their tentacles in all three countries and have more motivation than anyone to keep our southern border open.:  I asked some officials how people where being instructed and they told me that the coyotes and cartels were using social media.:  I took that with a grain of salt because how many of those desperately poor people have Facebook?:  They are using some traditional flyers and word of mouth.”
:
Over and over again Congressman Bentivolio expressed his frustration with the administration, “how are we supposed to legislate when they stonewall us from even the most basic facts?:  It’s not even about stonewalling Republicans, this administration is trying to destroy the people’s House.:  We have gotten Holder and Lerner held in contempt of Congress and still they subvert the rule of law.”

Our country is being flooded in an organized and coordinated way and it seems entirely possible that either the administration is simply clueless or actively undermining the legitimacy of the law.:  Perhaps the most damning thing the Congressman said, “it’s a good thing Rick Perry is taking action because with this current crop the federal government is completely incapable of responding.”

You can contribute to Congressman Kerry Bentivolio’s campaign here[2].