The Conservative Movement Has Problems That Go Way beyond ‘the Establishment

It’s very easy to point the finger at all the things that are wrong with the Republican establishment. First and foremost, a Republican party that continues to live to serve the Wall Street Journal, the Chamber of Commerce, and rich donors at the expense of the rest of its constituency does not have a bright future. 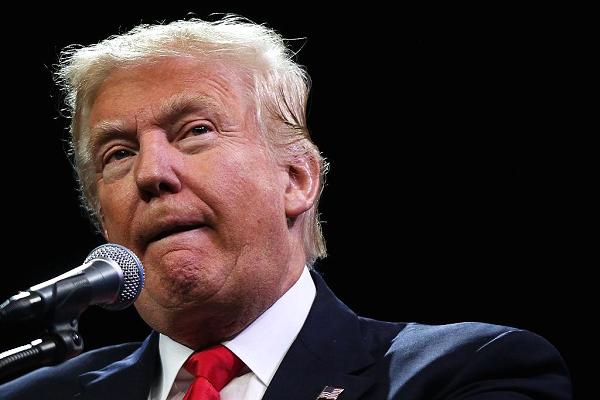 Beyond that, the GOP establishment rarely stands up to Obama in a meaningful way, makes a significant effort to sell conservative values to the American people. Rarely does it even seem to have the most fundamental understanding of problems confronting America. We’re talking about the sort of people who pat themselves on the back for obsessing over corporate-tax reform and giving away our sovereignty via the Trans-Pacific Partnership while many of the people who voted for them are going out of their minds over Syrian refugees, Obama’s executive orders, and our government’s welcoming in every illegal alien the Democrats can find.

Although Donald Trump is headed toward an inevitable defeat against Hillary Clinton, he got as far as he did by talking about issues people care about. Most conservative Republicans want a fence on the border. They’re understandably worried about radical Muslims slipping into our country via our lax immigration policies. They’re furious that Obama is willfully ignoring the law on immigration, and they paid attention when the entire leadership team of the House GOP swore to use the power of the purse to keep Obamacare from ever being implemented. When is the last time Mitch McConnell said something of consequence about those hot-button issues? And if he started doing it tomorrow, would anyone notice, since the Democrats, the mainstream media, and the GOP base wrote him off as a joke long ago?

Speaking of the mainstream media, Republican voters found out in the primaries that many members of the conservative media were just as unreliable as the MSM. Although there are certainly true-blue Trump believers among them, I suspect that a lot of the outlets and media figures backing him saw a wave of enthusiastic fans of “the Donald” and concluded that it would spike their traffic numbers if they ran out in front of the parade. Many of them benefited from doing exactly that. For example, Sean Hannity got good ratings out of pushing Trump. Sarah Palin got back in the spotlight for five minutes; Ann Coulter got a new book. The rest of us got Hillary. It doesn’t seem like such a fair trade, but do you think any of them will pay a price for promoting a candidate who never had a chance to win? It’s doubtful, because the only place with less accountability than the federal government is the Republican party.

Alex Jones has been a conspiracy theorist for years, and WorldNetDaily spent Bush’s second term promoting the insane idea that W. was going to merge the United States, Canada, and Mexico into one country. Did their traffic drop after doing that? If anything, both Jones and WorldNetDaily are more popular than ever. So do you really think the members of the conservative media who misled their readers by hiding all the flaws of a hopeless candidate will pay any price for doing that? They should, but it seems unlikely. In a related matter, as the Left has gotten ever more easily offended, conservatives have become ever more anxious to offend. There’s a lot to be said for refusing to be hemmed in by political correctness, but we’ve gotten to the point where many conservatives have embraced the idea that if political correctness is bad, then anything that’s politically incorrect must be good. This has created an environment where saying foolish and inflammatory things can be a major career enhancer for conservatives. If you can say something that makes liberals talk about how much they hate you, but conservatives won’t walk away even if you make them cringe, that’s a recipe for selling books and getting on TV. This may be great for the careers of a few people, but it also gives the public at large a terrible impression of conservatives. Even if they say some things you agree with, the last thing that anyone who cares about the conservative movement should want is for the public to base its opinion of it on people who are trying to offend as many people as possible to get attention. That’s particularly relevant, because of the past seven presidential elections, this is going to be sixth in which the GOP lost the popular vote. If the Democrats are wolves in sheep’s clothing who hide their radical agenda, we’ve allowed the most obnoxious Republicans among us to make us look like the sheepdogs who sleep on the job, urinate on the rug, and bark all night long. If the GOP decides to embrace the new-wave KKK of the alt-right, that problem is only going to get worse. It doesn’t matter whether you’re a wannabe Nazi or making obnoxious racist comments and Holocaust jokes for the “lulz,” there’s something fundamentally wrong with you as a human being. Online, the alt-right, like the conspiracy theorists, may be able to drive a certain amount of traffic, but in the real world where elections are decided, it’s the worst kind of political poison.

On one mildly positive note, all the articles about conservative PACs — such as SarahPAC, the Madison Project, and the biggest tea-party groups — that have wasted more than 90 percent of the money they receive seem to have cut into their donations, but scam PACs are still a real problem. If you’re getting e-mails asking you for money to help Trey Gowdy, Allen West, Ben Carson, or any other big name in the conservative movement and that person is not the one sending you the e-mail, you should assume that any money you send in probably won’t do anything other than improve someone’s lifestyle. It’s a shame when there are more sleazy PACS out there than good ones, but that’s where we are today.

You can go on and on with these issues.

Even though we Republicans desperately needs to improve our numbers with black and Hispanic Americans, we do very little outreach because it’s difficult work that won’t pay off in a big way for years. We’ve fallen back on pushing stale stock ideas instead of applying conservative principles to the more-relevant issues that people care the most about. While conservative donors pour money into political campaigns that accomplish nothing if the candidate loses, liberal donors spend a much greater share of their money building a movement to help them achieve long-term success. As a result, we’ve seen liberals take over Hollywood, the music industry, and our schools while we do very little of consequence to stop them or even to moderate their influence.

Because the GOP establishment has ignored and disappointed the base so many times, the grassroots have taken to demanding unrealistic levels of purity from Republicans in Congress. That’s a chicken-or-egg problem that will be difficult to fix without major behavior changes from the GOP leadership. Our open primaries and slanted debate system allow Democrats to play a major role in selecting our GOP nominee every four years. Rewarding failed candidates, particularly failed presidential candidates, with TV shows and fame encourages non-serious candidates to run in order to build an e-mail list and a name for themselves. (See Mike Huckabee, Carly Fiorina, Rick Santorum, Lindsey Graham, Jim Gilmore, George Pataki, and Ben Carson, among others this time around.)

How all of this is going to work out in the aftermath of Trump’s disheartening loss to Hillary Clinton when #NeverTrump Republicans and Trump diehards will be at each other’s throats over who’s to blame for the loss to Hillary by one of the least popular major-party presidential nominees in American history is anyone’s guess. However it plays out, let’s hope that we start addressing all these issues instead of picking one group as a scapegoat for the problems the conservative movement faces. The establishment Republicans may deserve most of the criticism aimed at them, but if we pretend that they’re the only ones who have to change anything, we’re doomed as a movement.