I have known Dana Loesch for a long time and I’ve been pleased to see her work her way up the food chain on the Right. She didn’t get to where she is because of a publicity stunt, because her whole gig is to offend people or because she mindlessly shills for the Republican Party. Instead, she’s someone with talent who was out there working her butt off for years. 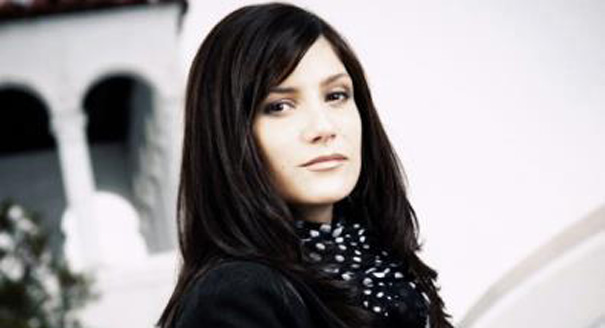 Is Dana Loesch a mainstream grassroots conservative? Absolutely. Is she someone who should be considered a feminist role model? You bet. Having met her and her husband on numerous occasions, I can tell you that they seem to be a great couple with a great marriage; they’ve got kids; she’s topped the 20 hottest conservative women in the new media[2] AND she’s respected for her mind. On top of that, Dana has had a successful career. That’s probably as close to the “You can have it all” feminist ideal as you can get.

That is why the liberal reaction to Dana Loesch since she became one of the most prominent women on the Right by becoming an NRA spokeswoman has been so fascinating. Granted, Dana does occasionally say something controversial, but that’s not a regular thing for her. She’s not a fascist, a white supremacist or even mean-spirited. She doesn’t advocate gun violence or school shootings. In fact, as a general rule, Dana spends the vast majority of her time expressing mainstream conservative beliefs.

That’s what makes the insane level of abuse she receives from the Left stand out so much. Just to give you an example of what I mean, these are just some of the comments she shared on her Twitter timeline in the last 24 hours and they are very typical:

Islandtime: @POTUSbonespur “Wouldn’t it be sad is @DLoesch’s children were the victims of gun violence. Thoughts and prayers…”

Larry: @seffrtnow “Not only are you a terrorist you are a Despicable loathsome vial scumbag who advocates for Mass school shootings for money shame on you you piece of crap @DLoesch”

Dar Dixon @dardixon1 “@DLoesch it’s unproductive, disingenuous & non resourceful to claim that you’re anything but a WHORE for the @NRA $$$”

Tim Kassen @tkassen “Also, you are a liar. Your children will hate having to defend you once they are outside of your bubble”

Of course the habitual, vile, sexist abuse from liberals on Twitter is just the tip of the iceberg[3] where Dana is concerned.

National Rifle Association spokeswoman Dana Loesch announced Sunday on Twitter that her family had been forced to move suddenly after she received multiple death threats from gun control advocates.

Maybe it’s just me, but don’t liberals INCESSANTLY complain about the sexual mistreatment of women and shame the men responsible (along with every other man they can find?) Yet, while that’s happening, presumably liberal men have been threatening to rape Dana and murder her children. What do you think the reaction of liberals would be if they found out Rachel Maddow or Michelle Obama had to move for their safety after getting those kind of messages? It would be on the front page of every paper in America and there would be Twitter hashtags for days. So why are the vast majority of liberals indifferent to rape and death threats as long as they’re aimed at someone like Dana?

It reminds me of something Michelle Malkin (who was also harassed until she had to move) told me back in 2008[5] when she was talking about the similar river of abuse she received from liberals, “There are a lot of double standards, and in particular, that conservative women just aren’t seen in some ways as human beings.”

There is the ugly truth about what liberals believe.

If you don’t want liberal men threatening to rape you and hurt your children, then be a liberal. If not, don’t complain because you deserve it. Not every liberal thinks that way, but most of them do. In fact, I would suggest to you that the very reason Dana Loesch receives so much abuse is not because she’s different from other conservative women somehow, but because she is like other conservative women and they like the idea of making an example of her.

What liberals hope is that other conservative women will look at the rape threats, the attacks on her family and the abuse Dana endures daily and go, “I better keep my mouth shut because I don’t want that to happen to me.” You see, if they can make conservative women AFRAID to speak up, they win by default.

Liberalism is no longer about winning arguments. It’s about intimidating people into silence. Shutting people up. De-platforming them. Doing whatever it takes to make sure that only the liberal opinion is considered because liberalism can’t win in a fair fight of ideas. So, liberal colleges allow students to storm the stage or riot to shut up conservative speakers. Social media platforms are finding ways to shut up conservatives. Organizations like the Southern Poverty Law Center get paid to falsely brand conservative groups as hate groups. Newspaper and networks other than Fox primarily run squishes and liberals masquerading as people on the Right as their “conservative” voices. Conservatives are treated as pariahs in Hollywood and in schools. Political correctness, cries of “racism” and setting up “safe spaces” are today PRIMARILY about shutting down debates that liberals would rather not have. Along those same lines, going after the children of conservative women, abusing those women and threatening them with rape fits right in with everything else liberals are doing.