Have you ever seen an incredible talent who is destroying himself? An Elvis Presley, a Jimi Hendrix, a John Belushi?  A Marilyn Monroe, a Prince, an Amy Winehouse? What do you think when you look at someone who’s rich, famous, gifted and has the world at his fingertips after he just throws it all away? 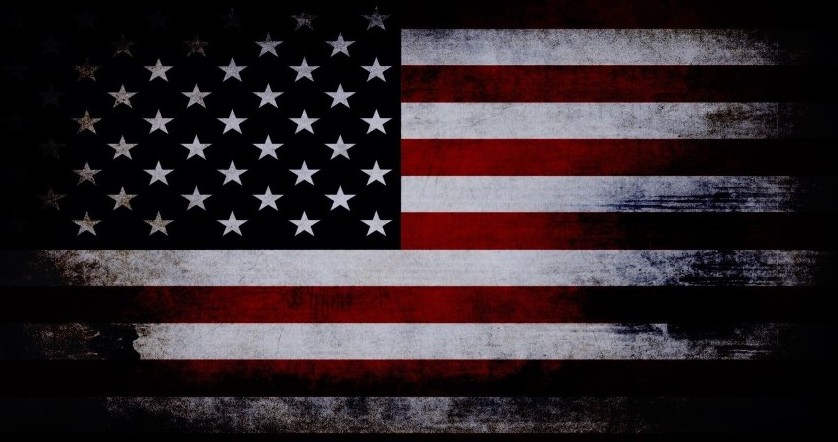 Well, America is in the same situation. We’re the greatest nation that has ever existed. We saved the world three times; we’ve helped hundreds of millions of people become free; we put a man on the moon and we stand alone with the world’s strongest economy to go along with the world’s best military.

Yet that great military? It’s so overburdened with restrictive rules of engagement, meddling politicians and lawyers making decisions about whom soldiers in the field can kill that our troops go into every fight with one hand tied behind their backs. Despite our military superiority, could we turn the tide in another fight like WWII or would we be too tangled up in red tape to get the job done? It’s an open question.

Furthermore, the world’s best economy? It’s not what it once was. Over the last ten years, our economy has grown at the slowest rate since the Great Depression[2]. Our labor force participation rate is at a paltry 62.8%, which is a 38 year low[3]. Meanwhile, the Federal Reserve is printing money like it’s going out of style while our country can no longer function without enormous amounts of borrowed money that we never intend to pay back. What can’t go on, won’t – and America can’t afford to continue borrowing money like this. Eventually, the interest rates of the money we’re borrowing are going to skyrocket and we’ll soon get to the point where we can’t afford to pay for Medicare and Social Security. It wouldn’t be surprising if we hit that point at any time within the next 20 years.

Meanwhile, teachers’ unions have destroyed our public school system. In places like Detroit where liberals hold total sway,  93% of students are not proficient in reading and 96% are not proficient in math[4]. The public school systems are failing so many of these kids, taking away their bright futures and leaving them with ashes. Furthermore, the kids who do make it to college are taught by communists, terrorists like Bill Ayers, and other degenerates. They’re taught that capitalism, the system responsible for building the greatest economy the world has ever seen, is terrible while socialism which produced nightmares like Cuba, North Korea and the Soviet Union is “nice” and “fair” and “best for everyone.” While this is happening, these kids are being turned into pathetic milksops. They’re taught about “microaggressions” and “safe spaces” and are told they need written consent to have sex, something human beings have been managing without paperwork since time began.

You think these kids are the ones to fix our debt problems and keep America from sinking into a great Depression? If so, it will be IN SPITE of what they learn in school, not because of it.

The same could be said for our culture, which has become so backwards and depraved that many of us have become unable to figure out what gender people are any more. We live in a country where movies and popular culture are hostile to conservatism, Christianity, and capitalism that made this into a great nation while they encourage drug use, hedonism and every warped idea known to man.

We’re a nation full of silver spoon kids throwing a tantrum because even though we have it better than anyone else, it’s still not as perfect as some people say it can be. Much of the rest of the world would gladly trade places with Americans. In fact, many of them are – illegally. We’ve become so weak, decadent and reluctant to obey the rule of law that we reward illegals for breaking the law with impunity. Morally, we’ve become so lost that many people think the bad guys are the ones who want to stick to the just laws on the books instead of the people who are knowingly breaking the law.

Our government seems incapable of dealing with that situation, or for that matter, any other. What is the government doing about the debt? Nothing of consequence. What about Medicare and Social Security? Both programs are vital to senior citizens; yet they’re not sustainable. What’s being done to protect those key programs? Nothing of consequence. Our politicians are mostly sociopaths and the sons of rich men who have given up on tackling America’s real problems and have become obsessed with trivia instead. They may not know how to fix the debt or do anything else right, but they have some strong opinions on what the team name of the Redskins should be or whether a 150-year old Civil War statue should be pulled down.

This is what we’ve done with a great nation handed to us on a silver platter by our ancestors. A beacon of light, a city on a hill, a shelter from the storm of tyranny and utter poverty that grips so much of the rest of the planet – and we’re systematically destroying, decimating and degrading everything they built. What did they know, right? They’re just a bunch of dead, old white guys.

Despite the hubris that comes from growing up in a nation where we’ve enjoyed the fruits of other people’s labor, we haven’t proven to be as wise as the Founding Fathers were. They were interested in turning this country into a great power. We’re interested in using that power. They came up with a system that kept us free and well governed for hundreds of years. We spend our time looking for loopholes in that system that we can exploit. They pledged their lives, fortunes and sacred honor to make this country work, while we laugh at honor and try to figure out how to get something for nothing.

The Founding Fathers knew that the future was brighter than the past for America. Can we say the same? Certainly this conservative can’t. We’re a nation that was born and struggled in the light that’s headed into a darkness of our own making. We should be ashamed of what we’ve done with this great legacy that was passed on to us by men better than ourselves.