Cruz: The Cure for a Nation Infected with Cynicism

Our Conservative Campaign Committee team has been traveling state-to-state campaigning for Ted Cruz. We attended the “Women for Cruz” event in Madison Wisconsin.

The format was a panel discussion with Carly Fiorina, Cruz’s wife Heidi, his mom Eleanor and Ted. I must tell you folks, the goodness, wholesomeness and traditional American Christian values on display was moving and inspiring. Judging from the stone cold expressions on the faces of the mainstream media in the room, I felt like all that old fashion goodness was as repulsive to the media as showing Dracula the cross. I have heard others criticize Cruz for coming across too goody-two-shoes. It occurred to me that the problem is not Cruz. The problem is us. Many Americans are severely infected with cynicism via casual contact with the Left.

The admiration, love and respect Heidi, Eleanor and Ted expressed for each other is what I saw in my parents growing up. It is also how my wife and I feel about each other. And yet, somehow in today’s America, it sounds unreal and corny. We are a sick nation folks, infected with cancerous cynicism eating away at our hopes, dreams and expectations for our future. America’s healing begins with electing Ted Cruz.

Another thing Ted said at the event which I found extremely refreshing and brilliantly on target is, “Every issue is a woman’s issue.” Ted said unlike the democrats, he will not pigeonhole women, treating them like a special interest by putting them in a little box with a set of issues that they are allowed to think about. 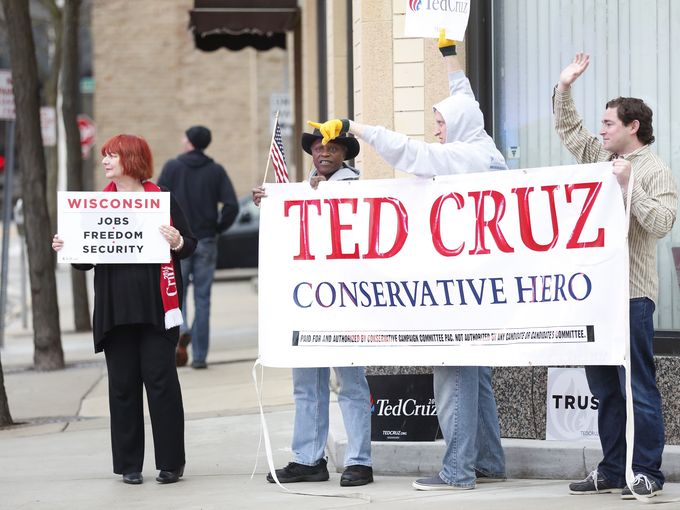 Folks, as a black conservative Republican, I can so relate to what Ted is talking about, Democrats and even some well-meaning Republicans trying to pigeon hole me as a black voter with special “black” issues.

Years ago, when I joined my local Republican Club, I was approached by a fellow black republican to start a black republican club. I thought why do we need a separate club? I want the exact same things as fellow conservatives who are white; send strong conservatives to Washington, government run according to the Constitution and stopping Obama’s insanity.

That’s it for now folks. We’re in Wausau Wisconsin with another long day of campaigning for Cruz ahead of us; organizing phone-from-home, sign-waving and etc. In our travels state-to-state campaigning, I always like to sample the local cuisine. 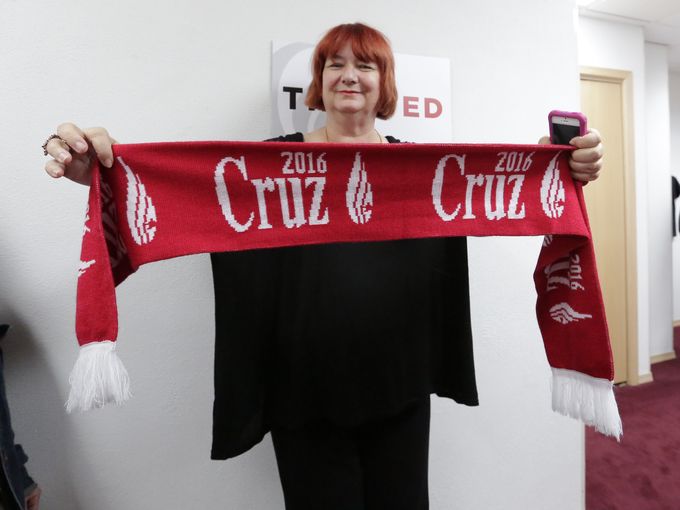 Yesterday, I had Wisconsin beer and cheese soup garnished with popcorn and a Sheboygan Bratwurst with raw onion, pickle and brown mustard sandwich. Awesome! CCC team member Lulu, our phone-from-home coordinator, is from Wisconsin. She said the fried cheese curds that restaurants are selling is not authentic Wisconsin. Lulu said cheese curds should be squishy. Folks up here in Wisconsin take their cheese pretty seriously.

So your task for today is to do all you can to get out the vote for Cruz in the April 5th primary and remember that authentic Wisconsin cheese curds should be served squishy.