Despite Scare Stories, Fears about BPA are Unnecessary

As soon as someone mentions BPA (bisphenol A), I recall the glasses and glass containers our family now uses to replace the plastic containers that previously populated our cupboards.Like many moms, my top priority is keeping my kids safe, so I was concerned about BPA in the past. 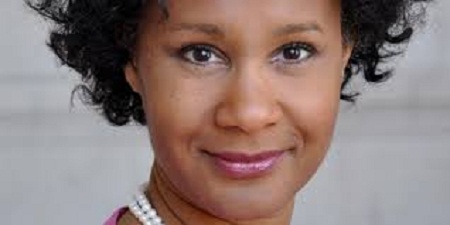 [1]
When the media began reporting BPA might be toxic, we replaced the plastic products and other things in our home thought to contain BPA. : It turns out now that much of the fear surrounding BPA is unnecessary.Over the years, my fears were allayed by proclamations by the federal Food and Drug Administration (FDA) and international regulatory agencies that BPA is actually relatively safe.The FDA has recently taken a more active role in helping Americans consume healthier foods (e.g., moving to try to limit trans fats, new nutritional labeling and dietary guidelines).:  Therefore, it is worth noting the FDA’s assertion that “the available information continues to support the safety of BPA for the currently approved uses in food containers and packaging.”Similarly, the FDA’s counterparts at the European Food Safety Authority (a fairly risk-averse body!) just published a comprehensive study on BPA which concluded that the health risk for all population groups – including fetuses, young children and adults – is low.:  Health Canada similarly concluded that “current dietary exposure to BPA through food packaging uses is not expected to pose a health risk to the general population, including newborns and young children.”Based on this information, I am surprised by the reaction to a study published recently in the Journal of the American Medical Association. : It suggests that cashiers should wear gloves to avoid exposure to BPA through the handling of thermal paper cash register receipts.:  BPA is mostly absorbed in the diet, but this study notes that BPA exposure via receipt paper is a new discovery.Researchers examined the urine samples of 24 individuals (a very small sample) before and after handling (with or without gloves) receipts printed on thermal paper for two hours. : BPA was detected in 83 percent of participants before the test began, and was found in 100 percent of them after they handled the receipt paper without gloves for a few hours.: But the levels found were miniscule. : And, if the levels were harmful, one would expect that the volunteers would be ill.:  Moreover, BPA has been around since the 1950’s. : That’s a lot of time to manifest an observable health risk. : If cashier receipts today were a health risk, it should be evident in adverse reactions by the millions of Americans who handle them every day.Even one of the researchers involved in the study, Dr. Shelley Ehrlich of the Cincinnati Children’s Hospital Medical Center, notes: “I don’t think people should be super-alarmed, but they should be aware.”: How can I be alarmed about a study based on just 24 small urine samples?:  Do they expect us all to put on a pair of gloves every time we go to the grocery store or prepare our tax returns?Parents and consumers have every right to be concerned when it comes to health. : We only want what is best for our families. : But we also must weigh these concerns against credible scientists and facts.Regulatory agencies must keep us safe and deliver up-to-date information. : And the media cannot be taken in by mass hysteria.My plate is full every day, so I am happy to let the scientists and experts do their jobs.

Cherylyn Harley LeBon is co-chairman of the Project: 21 black leadership network. : She is a former senior counsel to the U.S. Senate Judiciary Committee. : Follow her on Twitter @HarleyLeBon.:  Comments may be sent to: [email protected].