He’s Donald Trump’s first Republican victim, but he won’t be his last.

On Monday Bush officially declared he was a Republican candidate for president, something everyone knew was coming. 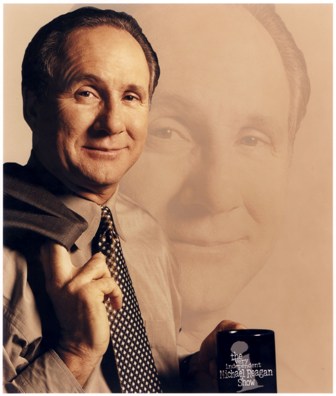 Jeb gave a serious, by-the-book announcement speech, explaining his many qualifications, making his claim that he’s a true conservative and promising to make America great again.

It was boringly Bush, and maybe a little too moderate for hardline conservatives. But it was mature and dignified. Presidential even.

The mainstream media gave Jeb token coverage for about a day. Some were especially impressed by his fluency in Spanish.

But then on Tuesday the one-man, one-ring, Donald Trump circus rolled into Republican town.

The Donald wasted no time proving to everyone why he should not be president. He also proved why he’s going to spell trouble for the GOP primary process.

Winging it without a written speech or a Teleprompter, Trump mangled lots of facts about the economy, attacked Republicans Jeb and Marco Rubio, offended the Mexican nation and admitted proudly that he was absurdly rich and ready to spend millions electing himself.

Entertaining and scary at the same time, Trump was a speeding political train wreck before he got a chance to leave the station.

He said horrible and untrue things about illegal Mexican immigrants, saying they were mostly criminals and murderers while admitting only “some of them may be good people.”

Yet Trump surely hit some nerves when he said we’ve become a country of losers because our leaders are a bunch of losers who can’t get it right in Iraq, Iran, Washington or anywhere else.

And who’s going to argue with the Donald when he says the Chinese are winning every trade deal we make with them? Or that we’re stuck with crumbling Third World airports like LAX and LaGuardia.

It was Trump in all his self-powered glory.

The media began bashing and mocking him immediately, mainly by merely repeating some of the dumb or outlandish things he blurted.

Trump is not the Ross Perot of 2016. Perot was a serious businessman who wanted to fix the economy and balance the federal budget.

Trump is a vanity candidate. He’s also the wild-and-crazy GOP guy the liberal media have been praying for.

Jon Stewart – whose progressive shtick on the “Daily Show” usually reflects the worst ideas and values of the Democrat faithful – thanked the heavens for Trump’s decision to run.

The Donald is a gift that will keep Hollywood’s comedy sector supplied with a steady stream of material guaranteed to get laughs and always reflect poorly on Republicans.

Another thing. When Trump’s on the stage, he becomes the center of attention and sucks the air out of the room with his wild and crazy personality.

Trump might actually possess some right answers for dealing with the legacy of problems the Obama gang will leave behind.

But he will not be able to get anything done because to fix things in government, you have to know how to work with other people.

Trump doesn’t. He’s a solo act, an ego in chief, an order-giving business exec. He isn’t used to negotiating or working with others.

Everyone knows Trump can’t win. He knows it too. He’s a dangerous distraction and a stain on the GOP brand, but conservatives stuck with him.

For him the 2016 GOP primary is just another TV reality show. But this time it’s a show with real consequences, domestically and internationally.

He’ll create lots of late-night laughs. He might even force substantive candidates to address important subjects they’d prefer to dodge, like immigration reform.

But as long as Trump’s in the race, he can only hurt the Republican cause, whether it’s by making the party’s primary process look like a clown convention or bumping someone smart and fiery like Carly Fiorina off the TV debate stage.

The Donald and his multi-billions have crashed the GOP’s exclusive 2016 party for now. But in the long run, he’ll be the joker who’ll be trumped.