Why Don’t Politicians Tell the Truth About Social Security?

The boards of trustees of our Social Security and Medicare programs just issued their annual report, and we learn, once again, that both programs are fiscally insolvent. The trustees project there will be insufficient funds from the Social Security program to pay its obligations beginning in 2034, 18 years from now, and Medicare will fall short in 2028, 12 years from now. 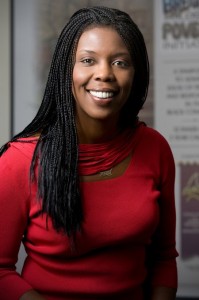 Given that both of these programs play outsized roles both in the federal budget — combined they represent 41 percent of federal spending in 2015 — and in the personal lives of just about every American citizen, you’d think there would be a big uproar about this.

But the silence is deafening.

In a recent Gallup poll listing 17 issues “extremely/very important” to voters in their considerations for the presidential race, neither Social Security nor Medicare are even on the list, which may be the reason why neither of the presumptive presidential candidates seem to be too serious about this.

AARP asked the Clinton and Trump campaigns how both plan to deal with Social Security.

Hillary Clinton is so unconcerned about the massive projected shortfalls that she actually wants to expand the program. She wants to transform Social Security into another huge welfare program by expanding benefits for lower-income earners and raising taxes on higher earners.

The response from the Trump campaign was equally enigmatic in that there was no response at all, except to assure us that if the economy grows everything will be just fine.

Social Security has been called a Ponzi scheme because it is not an investment program. The taxes paid by those currently working pay the retirement benefits of those currently retired. But this scheme has become increasingly unviable as our population has changed and aged.

As the trustees point out, “Both Social Security and Medicare will experience cost growth substantially in excess of GDP growth through the mid-2030s due to rapid population aging caused by the large baby-boom generation entering retirement and lower-birth-rate generations entering employment.”

But the games we play with ourselves are even worse. Social Security is already in shortfall and has been since 2010. What has been happening is that part of our Social Security taxes were used to establish a “trust fund,” and interest from this so-called trust fund is used to cover the shortfall.

Star Parker is founder and president of CURE, the Center for Urban Renewal and Education, a 501c3 think tank which explores and promotes market based public policy tofight poverty, as well as author of the newly revised Uncle Sam’s Plantation: How Big Government Enslaves America’s Poor and What We Can do About It.

A Disastrous Court Decision On Abortion