While attending a church service dedicated to the legacy of Dr. Martin Luther King, Jr., I was struck by the conflation of what the Civil Rights Movement fought against and what should be our modern-day priorities. 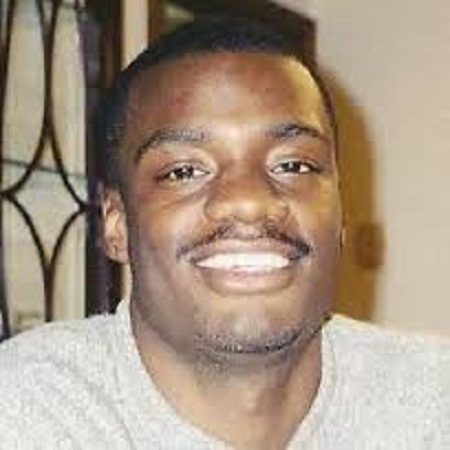 In particular, the speaker at this church attempted to say the atrocities of the past remain alive today, only through a different name. : Conservatives — those who fight for things such as less government intervention — are getting an unnecessary and undeserved bad rap.

There is no question the legacy and reputation of Dr. King is second-to-none. : The Civil Rights Movement that secured the passage of the Civil Rights Act of 1964, the Voting Rights Act of 1965 and vanquished lingering vestiges of segregation and racism was wrapped in a message of equal opportunity and ensuring that all Americans are judged by the content of their character and not the color of their skin.

Ironically, the historic legislation was completed with the signature of liberal President Lyndon Johnson, who, while in Congress, killed civil rights legislation in 1956, watered down the Civil Rights Act of 1957 and voted against bills to ban lynching and eliminate the poll tax (he also later callously dropped the n-word while touting the perceived political payoff of Great Society handouts – and in many other instances).

Unfortunately, like at the church service I attended, there are too many attempts made to diminish and oversimplify the African-Americans community’s problems by seeking to find the same overt racism now that my grandparents and great-grandparents faced back in the day.

While this may generate hype, it detracts from what I consider to be the civil rights issues of the 21st century.

To be clear, explicit racism still exists today, just as traditional bigotry has not completely died. : : But it does society no good to dismissively blame African-Americans’ problems on forces which are largely ostracized today.

Attempts to categorize all arguments against Big Government approaches as extensions of this bigotry, for example, takes away from constructive debate about how society can address challenges facing African-Americans.

What are the civil rights issues of the 21st century? : Better yet, what current barriers do African-Americans face regarding equal opportunity and disparities in health, wealth and, most important, education (the principal driver of the other disparities)?

Having to pay overtime to police officers in Chicago to escort schoolchildren across gang territories is a 21st century civil rights issue. : Paying those cops extra requires resources that could be used to buy computers and textbooks (in lieu of raising taxes or more borrowing) and is, sadly, a self-imposed disparity.

Approximately 70 percent of children being born into single-parent households is another 21st century civil rights issue. : Note that when children are born into such households, their chances of imprisonment, government dependence and poverty also appear to increase.

Finding a way for African-American children to enjoy the benefits of improved education quality and not having to disproportionately attend so-called “dropout factories” is also a 21st century civil rights issue. : Louisiana Governor Bobby Jindal’s school choice program saving thousands of minorities, mostly African-American kids, from failing schools should be a diversity success story. : Yet the tragedy of how the federal government wants to block it is mostly untold.

The disproportionate rate of African-American pregnancies ending in abortion – at a ratio of almost three-to-one compared to white pregnancies, according to the CDC – is a 21st century civil rights issue. : Regardless of whether someone is pro-choice or pro-life, the stark discrepancies in abortion rates in poor African-American communities should cause anyone concerned with civil rights to take pause. : : But far too little attention is paid to this dramatic statistic.

Next year, and in years to come, when I attend church services dedicated to Dr. King and his legacy, I want to hear more about self-empowerment and addressing 21st century civil rights issues. : I don’t want rants about straw man racists.

Unfortunately, such a message is not politically expedient. : So my expectations are tinged with skepticism.