A&E’s suspension of Phil Robertson for expressing his politically incorrect, Bible-based opinion on homosexual behavior has turned out to be a blessing in disguise and serves as an object lesson for Christian and other social conservatives, as well as other lovers of liberty. 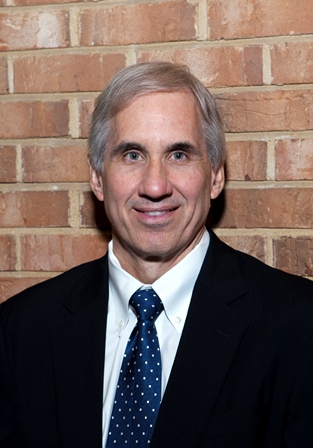 The politically correct left has built a culture and network of intimidation against all who refuse to accept their views and especially those who are vocal in standing their ground.

Among the encouraging lessons from this brouhaha are that people are waking up to the tyranny of uncompromising leftist groups and realizing that they don’t have to cower before them and cave to their bullying demands. We’re seeing that courageous individuals, secure in their beliefs, can make a difference and by speaking out motivate like-minded people to stand up and fight back.

Conservatives are recognizing that they don’t have to sit back and continue to be victims of the left’s domestic economic sanctions, that sometimes it’s necessary to fight fire with fire by reciprocating with economic sanctions or support of their own.

The Cracker Barrel restaurant chain learned this lesson the hard way. It announced it would stop selling certain “Duck Dynasty” merchandise because of Robertson’s statements. The backlash from its customers via social media was immediate and so overwhelming that it issued an apology and reversed its decision, which teaches us another lesson. While the conventional wisdom is that the left owns social media, the reality is that people, including millions of conservatives and Christians, own social media and can use it to combat the left’s tyranny and otherwise engage in the culture war.

A similar phenomenon occurred in reverse when customers of Chick-fil-A flocked to its restaurants throughout America to support the chain when CEO Dan Cathy came under attack for saying he supports traditional marriage. The mayors of Chicago and Boston lambasted the company, and D.C.’s mayor said it was peddling “hate chicken.”

People who want to mind their own business are finally grasping that certain militant leftists, especially gay activists, won’t let them. They don’t want to live and let live; they don’t just want equal rights and respect. They want to stamp out opposing viewpoints and suppress the liberties of those who disagree.

Robertson and Cathy are not the first to be demonized. Some who worked on the Prop 8 ballot initiative in California were told they would be vilified as anti-gay and would never work again. That’s right: If you express your support for traditional marriage, the militant gay movement slanders you as “anti-gay.” They can’t win in the marketplace of ideas, so they have to take out their opponents — assaulting their character and reputation and destroying their credibility and courage to fight back.

These bullies are threatening lawsuits against churches that refuse to perform same-sex weddings. They are forcing the normalization of the homosexual lifestyle into our public schools via Common Core. They have sued a baker for refusing to bake a cake for a same-sex wedding. They sued to compel a Christian photographer to take pictures at a same-sex ceremony.

People are also witnessing the militant gay lobby engage in calculated deception in its quest to impose its views and suppress the opposition. This deception is primarily found in the deliberate distortion of terms, such as “anti-gay,” “hate,” “discrimination,” “bigot,” “homophobe,” “bullying” and “intolerance.”

To oppose same-sex marriage or even to subscribe to the Biblical declaration that homosexual behavior is sinful is in no way anti-gay or hateful. Most people who oppose same-sex marriage have good will toward homosexuals but don’t want society to be forced to alter the thousands-year-old understanding of marriage. They want to preserve their constitutional freedoms of expression and religion to believe and state their opinions even if they offend certain people.

On the other hand, an abundance of hatred flows from many militant activists toward those who disagree with them, and especially those who actively oppose them.

Phil Robertson voiced his opinion about homosexual behavior. In doing so, he and others like him neither discriminate nor advocate discrimination against homosexuals in any way.

Those who oppose these practices are not bigots; they do not seek to mistreat homosexuals. Even those who believe the behavior is sinful are not being hypocritical if they admit their own sinful behavior, as well. They aren’t advocating that society impose punitive sanctions against homosexuals. Nor are they homophobes, meaning they fear homosexuals. That’s outright absurd — period. But this has not prevented the term from insinuating itself into the common cultural vernacular.

Bullying and intolerance? Here again the accusers are projecting. They have demonstrated they will not countenance opposing viewpoints and will seek to bully, intimidate and suppress the liberty of those who wish to express them.

All in all, freedom lovers should be invigorated with these developments. They are waking a sleeping giant: those Americans who did in fact want to live and let live but who are now realizing that sitting out the culture wars they didn’t start is not an option.