In the aftermath of the violence of the past two weeks, I was genuinely rooting for President Obama to achieve the eloquence for which he has such an unearned reputation. 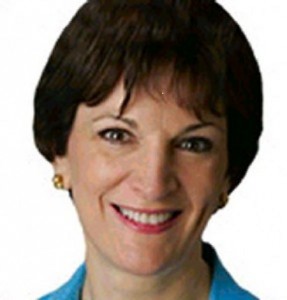 If ever there were a moment that called for largeness of spirit, the racially motivated assassination of five officers following the disturbing and highly questionable police shootings of two black men by white officers was such a time. The bitterness and score settling by both left and right (portions of the right, under Trump, have joined the racial-grievance industry) is a dismaying rollback of the civic unity we’ve achieved over the past 50 years. The left shouts “Black Lives Matter” as if cops had declared open season on them, and the right denies that there is any case of police conduct that was not utterly justifiable.

As someone who believed the Michael Brown/Ferguson episode ought to have been cautionary, I understand the sense that “activists” are creating so-called civil rights narratives from whole cloth. Brown was attempting to grab a cop’s gun. “Hands up; don’t shoot” was a fiction — a dangerous and demoralizing fiction. Obama ought to have said so at the time. Had he done so at that critical moment, it might have redeemed some of his potential as a unifying figure.

At the same time, other cases, including those in Louisiana and Minnesota, are highly suspicious. We know how easy it is for police who’ve blundered or overreacted to hide the evidence. We know from studies and personal accounts, including, most recently, an account from South Carolina Sen. Tim Scott, that black men suffer suspicion, stops, violence and verbal abuse from police disproportionately.

Obama is practiced at reciting these incidents, and the whole nation should be able to acknowledge them without cavil. It would doubtless mean a lot to blacks if others stopped denying reality.

But the list of things the left refuses to acknowledge is even longer. Obama’s sermon (which included such howlers as “We flood communities with so many guns that it is easier for a teenager to buy a Glock than get his hands on a computer or even a book”) had one glaring omission. He argued that black men are targeted by police because of the persistence of historic racism. It doesn’t diminish the indignities that black men endure to admit that the chief reason is not racism but the extremely high crime rate among black men. As Heather MacDonald has observed using 2009 data: “Blacks were charged with 62 percent of all robberies, 57 percent of murders and 45 percent of assaults in the 75 largest U.S. counties in 2009, though they made up roughly 15 percent of the population in these counties.”

Obama might also have noted the work of Roland G. Fryer Jr. of Harvard, a black academic who studied 1,332 police shootings between 2000 and 2015 and discovered that police were actually less likely to shoot black suspects than others (though they were more likely to use force in other ways).

The president mouthed some healing words — he offered that we’re “not as divided as we seem” — but by focusing so much attention on encounters between black men and police, he contributes to a distortion of the larger American picture. His election is clear evidence that racism is in severe eclipse. Rates of intermarriage also reveal the decline of racial animus. Stephan Thernstrom, co-author with Abigail Thernstrom of “America in Black and White,” notes that rates of intermarriage have risen from 0.7 percent of all black marriages in 1963 to 15.5 percent in 2008. Among youth of all racial/ethnic groups, Pew reports, approval of interracial marriage was overwhelming in 2009, and highest of all among whites (88 percent).

Between 1990 and 2014, the percentage of blacks who attained at least a high school diploma increased from 82 to 92 percent. The percentage who got a college degree increased from 13 to 22 percent. Over the past several decades, blacks have sustained significant income gains. Here’s Pew again: “Black adults sustained the largest increase in income status from 1971 to 2015 and were the only major racial or ethnic group to experience a decline in their lower-income share.”

These are but small snapshots of the remarkable racial progress America has made. It’s palpable in daily life. Clearly racism persists, but the press and the left, addicted to the moral sugar high they get from portraying the nation as frozen in the amber of Birmingham, 1963, actually impede a better reckoning with the challenges of 2016. Too many black children are growing up in chaotic homes and attending miserable schools. Too many fall into crime. And too many are still hassled by police.

It would have been bracing to hear that from the first black president, but he fell back on leftist cliches instead.

Mona Charen is a Senior Fellow at the Ethics and Public Policy Center.