Amid all the heated, emotional advocacy of gun control, have you ever heard even one person present convincing hard evidence that tighter gun control laws have in fact reduced murders?

Think about all the states, communities within states, as well as foreign countries, that have either tight gun control laws or loose or non-existent gun control laws. With so many variations and so many sources of evidence available, surely there would be some compelling evidence somewhere if tighter gun control laws actually reduced the murder rate. 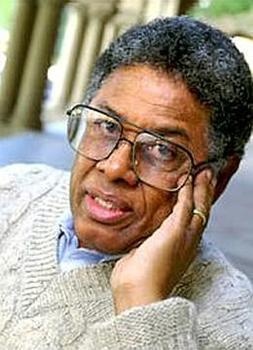 [1] And if tighter gun control laws don’t actually reduce the murder rate, then why are we being stampeded toward such laws after every shooting that gets media attention?

Have the media outlets that you follow ever even mentioned that some studies have produced evidence that murder rates tend to be higher in places with tight gun control laws?

The dirty little secret is that gun control laws do not actually control guns. They disarm law-abiding citizens, making them more vulnerable to criminals, who remain armed in disregard of such laws.

In England, armed crimes skyrocketed as legal gun ownership almost vanished under increasingly severe gun control laws in the late 20th century. (See the book “Guns and Violence” by Joyce Lee Malcolm). But gun control has become one of those fact-free crusades, based on assumptions, emotions and rhetoric.

What almost no one talks about is that guns are used to defend lives as well as to take lives. In fact, many of the horrific killings that we see in the media were brought to an end when someone else with a gun showed up and put a stop to the slaughter.

The Cato Institute estimates upwards of 100,000 defensive uses of guns per year. Preventing law-abiding citizens from defending themselves can cost far more lives than are lost in the shooting episodes that the media publicize. The lives saved by guns are no less precious, just because the media pay no attention to them.

Many people who have never fired a gun in their lives, and never faced life-threatening dangers, nevertheless feel qualified to impose legal restrictions that can be fatal to others. And politicians eager to “do something” that gets them publicity know that the votes of the ignorant and the gullible are still votes.

Virtually nothing that is being proposed in current gun control legislation is likely to reduce murder rates.

Someone would have to be an incredible sharpshooter to fend off three home invaders with just seven shots at moving targets. But seven is the magic number of bullets allowed in a magazine under New York State’s new gun control laws.

People who support such laws seem to blithely assume that they are limiting the damage that can be done by criminals or the mentally ill — as if criminals or mad men care about such laws.

Banning so-called “assault weapons” is a farce, as well as a fraud, because there is no concrete definition of an assault weapon. That is why so many guns have to be specified by name in such bans — and the ones specified to be banned are typically no more dangerous than others that are not specified.

One of the dangerous inconsistencies of many, if not most, gun control crusaders is that those who are most zealous to get guns out of the hands of law-abiding citizens are often not nearly as concerned about keeping violent criminals behind bars.

Thomas Sowell is a senior fellow at the Hoover Institution, Stanford University, Stanford, CA 94305. His website is: www.tsowell.com[2].