Well, well, well. Washington seems to have finally taken notice of a problem we parents have been actively worried about — sex crimes against children, college students and those caught up in the despicable practice of human trafficking.

Lest you might think this is a subject that only affects females, please, consider this: The Centers for Disease Control and Prevention reports that nearly 1 in 5 women and one in every 71 males in the United States have been raped at some time in their lives. It may have happened on a dark street, in their home or at a university that purports to be safe. These crimes are perpetrated against our daughters: and: our sons. 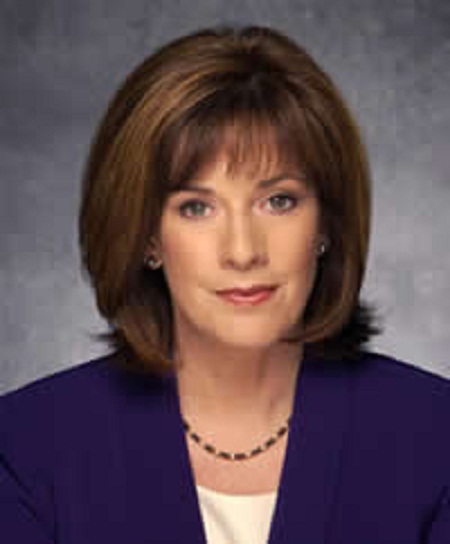 The U.S. Senate seems to be bubbling with activity over the sex crimes issue these days, and Sen. Kirsten Gillibrand is at the forefront. New York’s junior Senator failed in her attempt to wrest prosecutorial control of sex abuse cases away from the U.S. military, but her campaign seems to have illuminated the way for her colleagues to tackle the broader, nationwide issue of sexually motivated crimes.

Gillibrand has now turned her attention to what happens on college campuses. She’s asked the White House to poke the Department of Education to streamline the way it administers the Cleary Act. That law, named for freshman Jeanne Cleary, who was raped, tortured and murdered in her Leigh College dorm room in 1986, requires all public and private colleges getting federal funds to regularly report campus crime statistics so everyone can see them. Since sex crimes are so under-reported, Gillibrand also wants schools to conduct an annual, anonymous survey of sexual attacks and to publish the findings to help parents choose a safe school for their kids.

Sen. Claire McCaskill of Missouri, equally active in the push to change the atmosphere for victims in the military, is also eyeing what goes on at institutions of higher learning. Her Senate Subcommittee on Financial Oversight has now sent out an 18-page survey to 350 school presidents asking for detailed information about how many sexual assaults have occurred on campus, how the institution handled the cases and what services were offered to the complainant.

Sen. Orrin Hatch introduced a bill late last year that aims to help the shockingly high number of sex trafficking victims plucked from our foster care system. “Up to 60 percent of sexually exploited children are recruited out of our nation’s child welfare and foster care systems,” the Senator from Utah wrote on his website. “We owe these young people better than this.” Understatement, that.

Joining in the anti-trafficking effort are Sens. Heidi Heitkamp of North Dakota and Amy Klobuchar of Minnesota, who travelled to Mexico recently to meet with local officials. Their “Stop Exploitation Through Trafficking Act” is designed to come up with a coordinated effort to crack down on sex trafficking across the border. Most poignantly, it seeks to protect young victims.

“When it’s a kid who is a victim of sex trafficking, they’re not supposed to be prosecuted; they’re victims here,” Sen. Klobuchar said. “So, in order to get them to testify and to go after the sex trafficking rings, we actually need their help, and we want to turn their lives around.”

Two other senators, Patrick Toomey of Pennsylvania and Joe Manchin of West Virginia, have proposed legislation that sprang from the horrific case of a teacher in Delaware County, Pennsylvania, who sexually molested and raped several boys. The prosecutor decided there wasn’t enough evidence to convict. Unbelievably, the school then helped the disgraced teacher get a job in West Virginia where he continued his ugly acts for two decades. Ultimately, the pedophile was brought to justice after he raped and murdered a 12-year-old boy. The senators are pushing a bill that calls for stringent background checks on all new and existing school employees. It also forbids schools from helping a child molester find any new job working with children.

And the president has recognized the problem. Earlier this year, President Obama set up the White House Task Force to Protect Students from Sexual Assault, saying, “You can judge a nation and how successful it will be based on how it treats its women and its girls.”

I was disappointed that he made no mention of the countless number of male victims of sexual abuse. And nothing has been said about putting an end to those useless college hazing rituals that include degrading sexual components. But at least official Washington is aware of the problem, and that’s a good start.

You might notice that of all the politicians mentioned here I made no reference to party affiliation. That’s because I believe it is time for us to get away from partisan labels and concentrate on the validity of ideas. Who cares if the sponsor of a common-sense bill is a Democrat or a Republican? If it’s a good and cost-effective idea to stop the degradation of fellow human beings, let’s do it!

We’ve got to start insisting to our elected officials that crime and justice issues matter. We have to stop falling for the politician-inspired game of automatically dismissing proposals from the opposition party simply because neither side wants the other to have a positive talking point as the November mid-term elections near. That attitude has the country stuck in a paralyzing and mind- numbing limbo where nothing gets done — on a whole host of pressing topics.

None of the proposed bills discussed here would cost much. In fact, most of them simply require officials to take existing information and process it in a better, more efficient way.

As Sen. Hatch put it: “There are fierce policy and partisan divides on many critical issues, but the domestic sex trafficking of children and youth … is NOT one of them. If there is any issue under the sun that is without controversy, it’s this one.”

Let’s all embrace that sentiment, shall we? And, let’s insist that the partisan-soaked leadership in Congress takes action.

By the way, you do plan to vote this November, right?

Why the Erosion of Public Trust? Here’s Why[2]