CLEVELAND — It was reported late in the second day of the GOP convention that a large number of Republican National Committee staffers were stricken with the norovirus. Most commonly associated with the sorts of gastrointestinal crises aboard cruise ships that attract wall-to-wall CNN coverage, the norovirus is known for inducing bouts of “explosive diarrhea and vomiting,” according to various news reports. 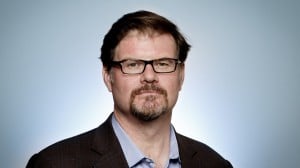 Given that the presidential primary season has been figuratively bowel-stewing, it only seems fitting that it might end with such on-the-nose literalism.

In fairness, even if the convention went off swimmingly, it would have still been a failure. And I don’t mean because Donald Trump promised celebrity glitz but delivered former sitcom star Scott Baio and former soap opera star Antonio Sabato Jr. Even boring Mitt Romney had Clint Eastwood.

Nor am I referring to the political malpractice that allowed Melania Trump to introduce herself to the country as a plagiarist. I have sympathy for Mrs. Trump. Obviously, the media overreacted to the plagiarism, but such overreactions are exactly why parties script out their conventions down to the punctuation marks. The media only want to cover what goes wrong, so you aim not to give them the opportunity. As a matter of ethics, the plagiarism was a triviality. But for the staffers who let it happen, it was a capital offense.

No, the convention was a failure before it even began. Because most of us have only known political conventions as stage-managed infomercials, we’ve come to think that’s their actual purpose: to throw a grand party for the candidate who won the most delegates. But conventions predate that function by more than a century.

Before telephones and modern transportation, the only way for a political party to form a consensus around a candidate was to actually meet face to face. Negotiating complicated deals by mail is hard (and risky; many political bargains are best not put in writing). A convention was the way to do that. The goal wasn’t to pick a candidate whom a bare majority or slim plurality of delegates loved and a large minority couldn’t stand. It was to find the candidate most acceptable to the most people.

Imagine the candidates were ice cream flavors. Some people love chocolate. Others love strawberry. But many of the strawberry people hate chocolate, and the chocolate fans are #NeverStrawberry. A few diehard types are all in for rocky road or pistachio. If no consensus could be formed, the bosses would retreat to smoke-filled rooms and figure out what flavor everyone could live with. And the answer was often vanilla. There’s a reason vanilla is the most popular ice cream in America — not because it’s the favorite of the most people, but because no one dislikes vanilla.

That’s the original purpose of conventions: to find the candidate the party could unify around. Since the rise of the modern primary system, we switched to the practice of putting it all up for a vote. Whoever gets a majority of delegates in primary elections is the nominee. This wasn’t a problem most years because all of the candidates were ultimately acceptable to the party. People grumbled about this or that candidate (I certainly did), but there was no #NeverDole or #NeverRomney movement.

This time is different. Countless leading Republicans skipped this convention, including all of the living previous nominees, save for Bob Dole. Most delegates in attendance have made their peace with Donald Trump, but a very large number have not. The Trump boosters think this is all sour grapes, and that’s an understandable reaction. What they can’t (or won’t) see is that Trump is viewed by many conservatives as an imposter and hijacker.

The Trump campaign tried to fix this problem by selecting Indiana Gov. Mike Pence as his running mate, but Trump stomped on that message by fumbling his announcement and then, in a joint interview with “60 Minutes,” treating Pence like a glorified intern. The message for many conservatives wasn’t that Trump was embracing conservatism, but that he was willing to condescend to it.

The TV cameras may show a lot of excited delegates cheering Trump on the floor. What the cameras can’t show is the discontent represented by those who refused to attend in the first place — nor the grumbling distress deep in the bowels of the Grand Old Party.