Why in the world would Congress want to reauthorize the Export-Import Bank? Known as “Bank of Boeing,” Ex-Im is the perfect example of corporate welfare, crony capitalism, fraud and corruption. Get rid of it. It’s a government-sponsored menace that actually damages American business competitiveness and reduces jobs at home. Voting against Ex-Im should be a no-brainier. 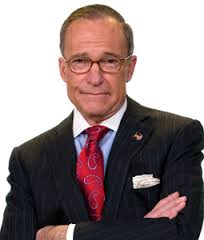 For those who may not be following this story, Ex-Im is a government-run bank that finances foreign competition with the use of loans and loan guarantees to buy American goods. For example, in fiscal year 2013, Ex-Im backed a $117.5 million loan guarantee to support Boeing 737 purchases by Dubai. (Hat tip Charles Lane of the Washington Post.) Dubai is a wealthy country. This is a state-run airline. Why does the United States have to subsidize it? Plus, Dubai has a history of financing jihadist terrorists. So why do we want to help them?

And with our economy growing at a snail’s pace, why should taxpayers subsidize Boeing? I don’t want to knock Boeing. It’s a great company. The best airplane maker in the world. In addition to Dubai, it sells planes to China, India and other nations worldwide. But it does not need corporate welfare.

Actually, 60 percent of Ex-Im money goes to 10 mega-corporations. Boeing is the best example. But down through the years, Ex-Im cash has flowed to the likes of General Electric, Caterpillar and Bechtel. Less than 20 percent goes to smaller businesses. But they’re actually not that small. The Ex-Im definition of a small business is 500 to 1,500 workers.

And the Ex-Im subsidies to foreign competitors often backfire and damage U.S. companies. For several years now, Delta has publically argued that Ex-Im loans have given foreign airlines a competitive advantage over U.S. carriers. Delta’s CEO has suggested that subsidizing foreign state-owned airlines may have cost Delta as many as 2,500 domestic jobs.

Now, I’m all for free-market competition on a global scale. But I am not for picking winners and losers, especially when putting taxpayers on the hook. No government meddling.

If it’s profitable to build airplanes or refiners, or whatever, fine. Go ahead and do it. That’s capitalism at its best. But when the government doles out favors, that’s crony capitalism — something to be devoutly avoided.

Again, ironically, the roughly $140 billion Ex-Im portfolio could be redirected to major U.S. corporate tax cuts, maybe dropping the rate from 40 percent to 20 percent. That would make all American companies, both large and small, truly competitive around the world. And small S-Corps also could make use of the tax-reform incentive. (Someday I’d like to see the entire corporate tax abolished.)

Then there’s the issue of widespread fraud, corruption and bribery inside Ex-Im. The Wall Street Journal broke the story that Ex-Im suspended or removed four officials because of gifts, kickbacks and cash-payment bribes. And the Heritage Foundation reports that there have been at least 74 cases since April 2009 in which Ex-Im officials were forced to act on the basis of “integrity” investigations by the Office of the Inspector General, with many of these cases referred to the Department of Justice.

Are we shocked when an exponentially growing government agency becomes rife with corruption? Many analysts assert that Ex-Im uses virtually no risk-management practices when assessing its loans. Does this sound familiar? Fannie Mae? Freddie Mac?

The good news is that the new GOP House majority leader, Kevin McCarthy, and the new whip, Steve Scalise, are opposed to reauthorizing Ex-Im. Of course, gigantic business lobbyists like the Chamber of Commerce and the National Association of Manufacturers are working hard for Ex-Im, and even want to raise its loan caps. But if the Republican Party truly wants to change its image of bailing out big banks and businesses, now is the time. Just say ‘no’ to Ex-Im. The whole country will take notice.