“Five, 10 years from now (the GOP will be a) different party. You’re going to have a worker’s party. A party of people that haven’t had a real wage increase in 18 years, that are angry. What I want to do, I think cutting Social Security is a big mistake for the Republican Party. And I know it’s a big part of the budget. Cutting it the wrong way is a big mistake, and even cutting it [at all].” – Donald Trump 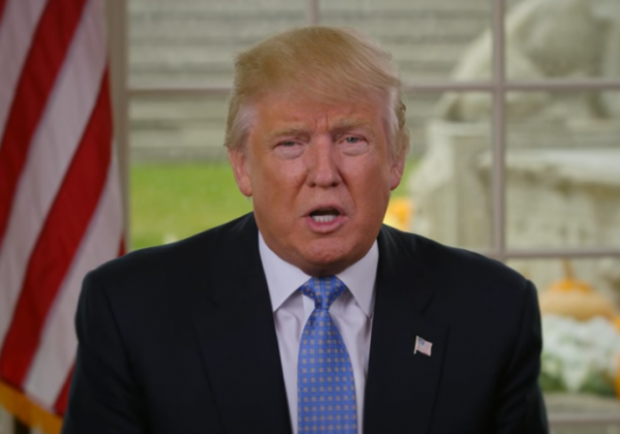 After saying that, Donald Trump caught quite a bit of flak from people on the Right. Some complained that the predecessor of the Nazi Party was called the German Workers’ Party. Others pointed out that most “workers’ parties” tend to be liberal.

Despite the fact that I’m one of the last people you’d expect to defend Donald Trump, I have to say those complaints seem a bit shallow. He wasn’t suggesting that we rename the GOP the “Workers’ Party.” Additionally, why in the world would we simply concede that Democrats are the “Workers’ Party” because socialists like to falsely claim that mantle?

Do Republicans really want to continue to live up to the “party of the rich” stereotype that Democrats have hung around their necks like an albatross? Ironically, the rich actually tend to vote Democrat, but because liberals trash the rich while Republicans in Congress (as opposed to conservatives in flyover country) make catering to the rich their #1 priority, the label has stuck.

Some people may think that’s unfair because some of the policies the GOP pushes, like cutting tax rates for the rich and slashing the corporate tax rate, will stimulate the economy and help everyone. However, the immigration policies pushed by GOP leaders in Congress help the rich at the expense of the poor and the middle class. Then there were the bank bailouts which allowed well-connected firms to be “capitalist on the way up and socialist on the way down.” If you picked out the top three priorities of the GOP leadership, they would probably be increasing the number of H-1B visas because filthy rich tech companies want them, keeping the flow of illegal aliens going because filthy rich Agbiz companies want them and reducing the corporate income taxes.

Liberals always claim to do that, but what they mean is that they’ll regulate the company that hired you out of existence, drive up the cost of gas and electricity in the name of fighting global warming and jack the price you pay for health care into the stratosphere via Obamacare. If you somehow manage to keep your job, they’ll raise your taxes and tell you that you’re greedy for protesting. If you lose your job, they’ll give you just enough to keep you dependent on them while forcing you to deal with uncaring bureaucrats and live in crummy government housing you wouldn’t wish on your worst enemy. In return for all of that, your daughter gets to go to the bathroom with a man and you get to be called racist, sexist and homophobic for just wanting to live your life without catering to whatever the latest fad liberals have embraced to “prove” they’re more sensitive than you.

On the other hand, conservatives have an agenda that is perfectly suited for working class Americans if the GOP would just truly embrace it. A friendly business environment and low taxes keep the economy growing and businesses creating jobs. More drilling and less regulations keep your gas and electric bill low. Scrapping Obamacare for a health care plan that follows you even if you lose your job, allowing businesses to sell across state lines, having medical liability tort reform, using high risk pools to cover the most at-risk Americans and allowing health savings accounts would cover far more people at a far lower cost and it would give them far more choices than Obamacare. Conservatives also believe in school choice that would allow poor and middle class Americans to send their kids to many of the same fancy private schools only the rich can afford today. Yes, the Left will always offer more generous welfare benefits, but as Reagan said, “The best social program is a job.” As an extra added benefit, unlike liberals, conservatives support traditional American values and the police so your kids don’t grow up in a moral sewer and you don’t have to fear for your life every time you walk down the street.

These are things conservatives genuinely believe in and want to do, but it does no good if the GOP refuses to prioritize that agenda. Worse yet, even when the Republican Party does do the right thing, it has no idea how to frame an issue. Every issue the Republican Party tries to sell to the public should center on the working class. What policies do you adopt? Ones that benefit the working class. How do you explain it? In a way that makes it appealing to working class Americans. These people are the bedrock of American society and the core voter block that Republicans need to get elected.

If the GOP wants to be the honest, competent, good governance party that stands for law, order, traditional American values and putting America first, then not only does it need to pursue an agenda that fits what Republicans claim to stand for, they’ve got to talk about it in a way that makes sense to working class America. Whatever you think about Trump, he gets that all the way down in his DNA. If the Republican Party ever figures that out again, we may be able to save this country before it goes completely down the tubes.