Did you catch The Rev. Jesse Jackson the other night on CNN demanding a Senate hearing into why regulators never cracked down on that gruesome abortion clinic in Philadelphia?

Did you hear Al Sharpton on MSNBC saying that if Dr. Gosnell had been killing white babies in Bryn Mawr, his women’s clinic would have been shut down 30 years ago? 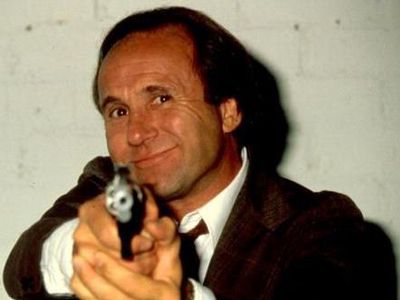 Did you see the tears in Oprah’s eyes when she read that passage from the grand jury report describing Gosnell’s abortion mill as “a baby charnel house” that “regularly and illegally delivered live, viable, babies in the third trimester of pregnancy — and then murdered these newborns by severing their spinal cords with scissors”?

Where are America’s black leaders? Where are the president and the first lady?

From the pulpits to the Oval Office, black leaders have been shamefully silent on the case of Kermit Gosnell, the so-called doctor who made his fortune killing babies and endangering the health of women — mostly black babies and black women.

Gosnell is now on trial in Philadelphia, charged with the deaths of one woman and seven babies that were older than 24 weeks and had been born alive.

Of course, this modern Joseph is innocent until proven guilty. But the 280-page grand jury report about what went on at his clinic, available online at: http://www.phila.gov/districtattorney/pdfs/grandjurywomensmedical.pdf[2], is a catalogue of horror and criminality.

Quoting many witnesses and former clinic employees, it details the filthy conditions at the clinic, the demeaning way non-white patients were treated, and the incompetent and ill-trained staff.

The grand jury report also shows that for decades several state agencies repeatedly failed to do their oversight — even after being informed by patients, doctors and attorneys that horrible things were going on at the clinic.

Local news outlets in Philadelphia also clearly failed to do their job. Like the pro-choice journalists who run newspapers and TV stations across the country, they apparently had zero interest in scrutinizing the day-to-day operations or conditions of an abortion clinic in their city.

Black leaders have been conspicuously tongue-tied on the Gosnell case, even though minority women were his prime victims and blacks account for a disproportionate percent of the country’s abortions.

But at least some national media giants have been shamed by pro-life politicians and honest pundits into finally giving Gosnell’s case the attention deserved by a story about dead babies, exploited women, racism and government failure.

What happened to those babies and women in Philadelphia is more than a wake-up call for the news media to cover abortion fairly and begin scrutinizing the operations of their local clinics.

Gosnell’s clinic of horrors — and other abortion factories that we’ve yet to hear about — is exactly what we in the pro-life movement have been warning about since the early seventies.