One of the striking ironies of our modern economy is that government bonds are considered safe-haven investments, while gold is a “barbarous relic” to be avoided at all costs. Since the 2008 financial collapse, the bond market has been on a tear, thanks to the Federal Reserve’s endless interest rate suppression. This has only served to reinforce the traditional notion that government bonds are “safe.” 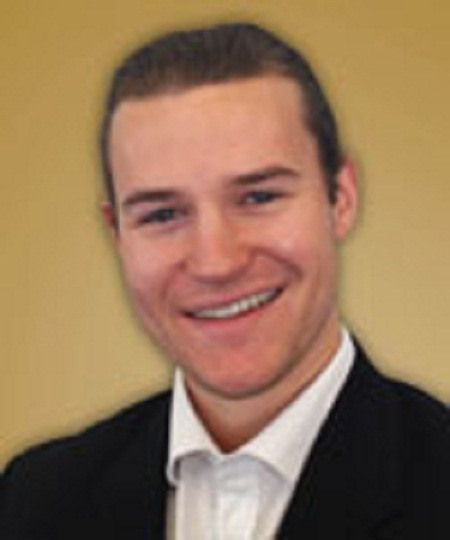 Meanwhile, the financial media argues that gold is no longer relevant to today’s investors. They conveniently ignore the fact that gold has been a safe-haven for thousands of years, while government paper has only been around for a handful of decades.

However, government bonds fall short of traditional investment goals. A look at the history of government-issued bonds in the 20th century reveals terrible performance. Applying this historical knowledge to our current economic climate, and bonds don’t stand a chance when compared to time-tested gold bullion.

When making any sort of investment – whether in government bonds, real estate, or gold – a prudent investor aims to not only earn interest on the principal, but also to get the entire principal back. This is Investing 101. In fact, with safe-haven investments, capital preservation is the primary objective and any additional gain is just gravy. So an obvious way to judge the effectiveness of a supposed safe-haven asset would be to look at how well it preserved capital investment in its past.

When it comes to paying back the principal on its debt, governments have an ugly – and lengthy – history. Today I will highlight just that period in history that most closely resembles our current “Great Recession” – the Great Depression following World War I.

The League of Nations – the precursor to our modern United Nations – issued a report showing 62 sovereign states had been loaned a total of $149 billion by 1936. By the end of that year, 27 of the 62 governments were in default on both the interest and the principal on those loans. That is a failure rate of over 40%.

If you look at loans that just the United States made to other nations, the default rate gets worse. Of 40 sovereign states that the American government issued loans to following the First World War, 23 defaulted on their debt obligations. That is nearly a 60% failure rate! Had you been alive then, your chances of seeing any of your principal back on government debt were worse than a coin flip. I wonder what category that falls into over at Moody’s or Standard & Poor’s?

The most notable country at the time to default on its obligations was Great Britain. Its currency, the pound sterling, was the world’s reserve currency. Great Britain’s inability to pay its debts in full after World War I was a precursor to the pound losing its privileged role.

To be fair, governments have a near flawless record when it comes to paying the interest on their debt. But this returns us to the primary notion of using safe-havens for capital preservation. Who in their right mind would lend money to someone who only agrees to pay back a fraction of the principal? That’s not lending, that’s charity.

Are We Any Safer Today?

Snap back to today. The US government has borrowed more than it ever has before, with more than $17 trillion in debt. Consequently, the Federal Reserve’s balance sheet has ballooned to the unprecedented figure of nearly $4.5 trillion. About $2.5 trillion of that is in government Treasury notes, while $1.7 trillion is in mortgage-backed securities.

This represents a huge systemic risk to the liquidity of the entire financial system. The government lacks both the resources and the will to pay back this debt. As we’ve just seen, history shows this lack of will to be the norm, not the exception. This proves true even if your currency is the world’s reserve currency, as was the case with Great Britain.

The United States’ current position is not so dissimilar. Just as Great Britain entered World War II in a vulnerable economic condition, so is the US gearing up for yet another costly offensive (they don’t use the word war anymore) in Iraq. WWII put the final nail in the coffin of the British pound, and perhaps the US government’s military adventurism in the Middle East will do the same for the dollar.

The numbers don’t lie and the conclusions are obvious. When it comes to actually receiving the full principal of one’s loan, government debt is one of the most speculative investments an individual can make.

Welcome to the Monetary Madhouse

Today we live in the monetary madhouse erected by our central banks. Distortion and irregularity prevail, not clarity and stability. Instead of private investors looking for win-win profit opportunities in a free market for money and credit, we have central banks using “forward guidance” to dictate where capital should flow. Today’s bond market and the giant balance sheet of the Fed are a direct result of their intervention.

Nearly all government bonds are bought based on rate speculation and rarely held to maturity. What does that mean? These bonds are traded without a care given to whether or not they will see a dime paid back in principal. The bond market relies almost entirely upon making money based upon changes in the interest rate.

Let that sink in for a minute.

In any other market, the lender is highly concerned with whether or not the interest and the principal will be remunerated in full. The lender would not part with his funds if repayment of the principal were not guaranteed.

This is not the case with government. The government can borrow like no other. It maintains the illusion of solvency by only paying the interest on its debt and rolling over old debt obligations by issuing new debt as a replacement. This means the merry-go-round of debt keeps on spinning but nothing ever gets paid. This is more than enough to make any credit manager’s head spin.

Government debt is simply not a safe play in today’s markets. It’s either speculative or it’s suicidal. On the other hand, there is no speculation about gold. The yellow metal’s value has remained relatively stable for thousands of years without a government’s promise. Gold is no “barbarous relic” – it’s our financial salvation.