Anyone skeptical about entrusting ambitious tasks to the government was not stunned by the dismal rollout of the Affordable Care Act. It featured technical snafus, cost overruns and false advertising (“If you like your plan, you’ll be able to keep it.”). Things got so bad that President Barack Obama apologized and Health and Human Services Secretary Kathleen Sebelius resigned. 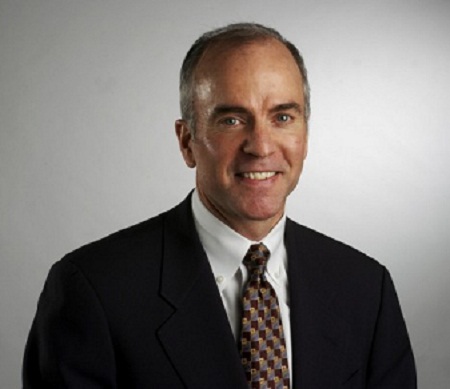 This epic fail occurred even though the administration had more than three years to prepare for the launch and $840 million to spend developing the website. It was a textbook case of government bungling.

Truth be told, a rocky start should have been expected. When the government adopted a new Medicare program covering prescription drugs in 2005, after all, it encountered similar problems.

Faced with the conflicting claims about the CIA’s use of “enhanced interrogation” methods on suspected terrorists, most of us have neither the time nor the expertise to sift through all the evidence to make a definitive judgment. But here’s a useful exercise: Imagine that in the aftermath of 9/11, the person in charge of the CIA was Kathleen Sebelius.

Why would we expect the spy agency to do a more honest or effective job in getting information from detainees than HHS did in handling health insurance customers? The assumption among the Bush administration’s defenders is that our intelligence community is made up of star performers with peerless skills and impeccable judgment. But it’s not clear the CIA workforce is appreciably different from the rest of the Washington bureaucracy.

The Senate Intelligence Committee report indicates it isn’t. It says the agency couldn’t keep track of how many detainees it had in custody and then lied to cover its failure. Some 26 captives were “wrongfully held.”

The committee found the CIA “placed individuals with no applicable experience or training in senior detention and interrogation roles, and provided inadequate linguistic and analytical support to conduct effective questioning.”

It quoted one senior official who complained that “managers seem to be selecting either problem, underperforming officers, new, totally inexperienced officers, or whomever seems to be willing and able to deploy at any given time.” The result, the official said, was “useless intelligence.”

No one should be slack-jawed to learn that the people in charge didn’t bother to assess whether they were doing a good job in protecting the nation from terrorism. They took that on faith. They placed complete confidence in their own motives and skill.

“The CIA never conducted a credible, comprehensive analysis of the effectiveness of its enhanced interrogation techniques,” said the committee. “There are no CIA records to indicate that any of the reviews independently validated the ‘effectiveness’ claims presented by the CIA, to include the basic confirmation that the intelligence cited by the CIA was acquired from CIA detainees during or after the use of the CIA’s enhanced interrogation techniques.”

Conflicting evidence was ignored. It was easier for agency leaders to believe their own propaganda and squelch dissent in the ranks. “The CIA marginalized and ignored numerous internal critiques, criticisms and objections,” concluded the senators.

All of this is in keeping with a long list of government failures. The people who presided over the torture program were the same people who invaded Iraq expecting to be showered with daffodils.

They were also the same people who oversaw the Federal Emergency Management Agency (FEMA) when Hurricane Katrina hit New Orleans. On that matter, a Republican-dominated special House committee was scathing in its judgment.

“It remains difficult to understand how government could respond so ineffectively to a disaster that was anticipated for years, and for which specific dire warnings had been issued for days,” the committee said. “This crisis was not only predictable, it was predicted.” That failure compounded the government’s sloppy construction and maintenance of the levees that were supposed to protect the city.

The 9/11 attack, by contrast, was not anticipated, and the CIA was not prepared to gather intelligence from thousands of captured foreigners believed to be fighting on behalf of al-Qaida or the Taliban. The United States had signed an international treaty renouncing the use of torture.

So the agency found itself rapidly putting into practice methods with which it had no experience or expertise, on disputable legal grounds. In responding to the 9/11 attack, it botched its responsibility, abused its powers, concealed its failures and exaggerated its achievements.

Wow. Who could have seen that coming?

Termites At Work On American History[2]