The Greediest People in America Are Liberal Democrats

The perfect place to start a column like this is with that notorious Elizabeth Warren quote that made liberals fall in love with her.

“There is nobody in this country who got rich on their own. Nobody. You built a factory out there – good for you. But I want to be clear. You moved your goods to market on roads the rest of us paid for. You hired workers the rest of us paid to educate. You were safe in your factory because of police forces and fire forces that the rest of us paid for. You didn’t have to worry that marauding bands would come and seize everything at your factory… Now look. You built a factory and it turned into something terrific or a great idea – God bless! Keep a hunk of it. But part of the underlying social contract is you take a hunk of that and pay forward for the next kid who comes along.” 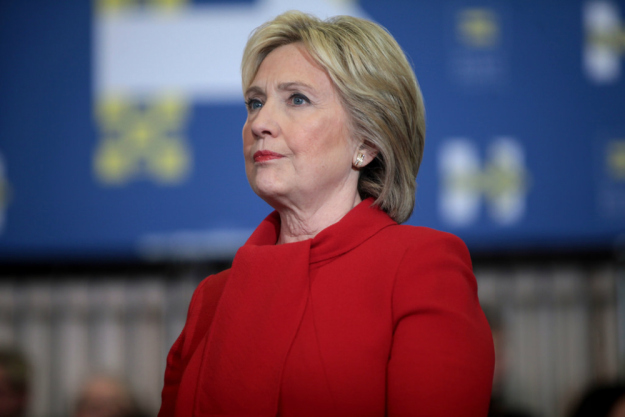 Have you ever noticed how many straw men and false assumptions there are in those few short sentences?

For one thing, since roughly 45% of Americans pay no income taxes at all[2], “the rest of us” didn’t pay for roads, education, police forces or a military. Of course, that doesn’t even tell the whole story because 60% of American households receive more from the government than they pay in taxes[3]. In other words, if you pay more in taxes than you receive from the government, you are a MINORITY in America today.

As someone who’s probably not going to be in the top 1% of income earners this year (The year’s not over yet and I’m an optimist!), but who pays a lot more in taxes than I receive in government services, let me just note that I APPRECIATE those 1%ers who are paying nearly half of all federal income taxes[4]. Real world, if you add it all up, most of these people are paying somewhere around 50% of their net income in taxes. The ones that aren’t typically are paying a capital gains tax which should be called the, “We’re going to hit you again on the money you already paid on once because we can” tax.

I’m greedy because I don’t want to pay any more in taxes? No, greed is wanting to take government services paid for by everyone else without paying ANYTHING for them. Didn’t those people take the same road to Wal-Mart as the rest of us? Weren’t schools made available to them? Didn’t the police protect them, too? So, why shouldn’t they be paying SOME TOKEN INCOME TAX for that when liberals like Elizabeth Warren, Hillary Clinton and Barack Obama have the gall to accuse other people of not paying their “fair share?”

I will acknowledge that ALL AMERICANS, myself included, SHOULD have to pay something for the roads, street signs, police, the military and other commonly used utilities. But, why should I have to pay for Planned Parenthood, Obamacare and bank bailouts that I oppose 100%? Why should I have to pay for PBS? For the disability and welfare fraud that the government seems to no longer care about preventing? To school the kids of illegal aliens who shouldn’t be in this country in the first place? Sure, no matter how small the government may be, there will always be some programs that are controversial, but what happens when the majority of federal spending is on programs a taxpayer opposes or must be forced to participate in? That’s where many of us are in America today; yet we’re still called “greedy” and told that we should be happy to pay even more of our tax dollars to a corrupt, incompetent government that regularly works against our interests.

Well, let me tell you something: That’s not GREED.

GREED is accusing OTHER PEOPLE of not paying their “fair share” when you’re living off their money and not paying any income tax at all.

GREED is forgoing giving money to charity because you support a government program that gives OTHER PEOPLE’S MONEY to the poor – and, yes, studies do show that conservatives give more to charity than liberals[5].

GREED is bringing in large numbers of immigrants and illegals who are taking some form of welfare[6] because you think they’ll vote for you.

GREED is saying, “We’re going to campaign by asking people to give us their votes in return for programs you oppose that we’re going to create with YOUR MONEY.”

If you want to find the GREEDIEST people in America, just turn on C-SPAN the next time Congress is in session and look at the liberal Democrats.