Indict Hillary For Contempt Of Congress 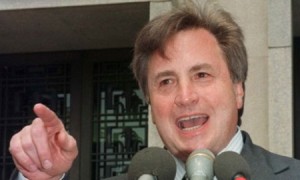 All of these lies where spoken in media interviews on virtually every news show in the country.

But they were also repeated before Congress in her sworn testimony during the Benghazi hearings.

Asked why he did not recommend prosecution for perjury, Comey answered that he did not have a referral and that he needed one to investigate further. The Committee Chairman Jason Chaffetz, R-Utah, said he would send a referral over in a matter of hours.

Now, maybe, we’ve finally got her.

The Justice Department has decided not to indict her for mishandling of classified material. But how about lying under oath to Congress?

The FBI will find it hard not to recommend prosecution. The facts are evident and clear. If the Justice Department won’t prosecute this clear instance of perjury, a decision that will have been made following an FBI recommendation, their partisanship will be on display.

So What Will Lynch Get?