Is America Nasty and Homophobic?

On Monday, former Washington Wizards center Jason Collins revealed to the world that he is gay, prompting a complete media meltdown. Collins appeared on Good Morning America; he made the cover of Sports Illustrated; he became the lead on Huffington Post. The president of the United States congratulated him at a press conference, and the former president of the United States congratulated him via Twitter. So did the first lady, the commissioner of the National Basketball Association and a bevy of pundits and athletes across the spectrum. 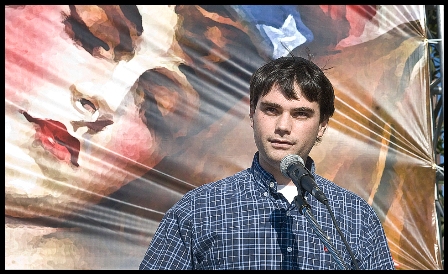 Which leaves one question: What’s the big deal?

Tennis star Martina Navratilova, the best player of her era, came out in 1981. Ellen Degeneres came out on national television in 1997. The president and CEO of the Golden State Warriors, Rick Welts, is openly gay. Top politicians, rock stars, athletes, movie and television stars and business moguls are gay. Gay Americans have been announcing their sexual orientation for decades. Why the hubbub?

The media announced that Collins was a hero because he had provided hope to millions of gay male teens. There is some credibility to that argument. But there is another, more powerful aftertaste from the media’s champagne party for Collins: The bitter feeling that America is a nasty place, so nasty that we require overwhelming shows of support for people who just want to live their lives. When the media labels Collins another Jackie Robinson, that not only does massive injustice to Robinson, it implies that America of 2013 is to sexuality what America of 1947 was to race. That is not only ignorant. It is tremendously harmful.

The hubbub from the media assumes that America is a massively homophobic place — a place where people like Collins must regularly fear for their lives, are forced not to participate in the private sexual activities they choose and face routine discrimination. There is certainly discrimination against gays in American society, but it is by far the exception rather than the rule. On average, gay couples earn significantly more money per year than straight couples do ($94,000 versus $86,000). Gay couples are more educated than straight couples (46 percent of gay couples have both gone to college, compared with less than one third of straight couples). Unemployment is lower among gays than straights. There is no law in any state in America that gays cannot live together or engage in consensual activity of any sort. There is no law in any state in America preventing contractual provisions for inheritance, hospital visitation and the like.

As far as violence against gays, while it is still sadly far-too-prevalent, it is nowhere near the epidemic the media suggests. Approximately 1,553 hate crimes based on “sexual orientation bias” against homosexuals or bisexuals were reported by the FBI in 2011.

There are approximately 9 million gays, lesbians and bisexuals in the United States, according to a UCLA study. That would mean that about one of every 5,750 LGBT people in the United States became a hate crime victim in 2011. That same year, there were some 936 Jewish victims of hate crimes according to the FBI. There are approximately 5.5 million Jews in the United States. That means that one out of every 5,900 Jews became a hate crime victim in 2011. Yet no one suggests that America remains a massively anti-Semitic country, requiring massive media coverage every time a Jewish person reaches a position of power or influence.

Jason Collins has every right to announce his sexual orientation. If announcing it makes him a happier person, more power to him. But the media’s overwrought coverage of Collins demonstrates their deeply dangerous view that America is a disgusting place filled with budding Aaron McKinneys and Russell Hendersons looking for their Matthew Shepards to murder. The media’s treatment of Collins as a full-fledged hero assumes that America is filled with full-fledged villains. It is not — and the media coverage of Collins shows that. The media coverage also does young gays and lesbians a massive disservice. There is no surer way to keep young gays and lesbians living in fear than tacitly telling them that those who surround them despise them.

Ben Shapiro, 29, is a graduate of UCLA and Harvard Law School, a radio host on KRLA 870 Los Angeles, and Editor-At-Large for Breitbart News. He is the New York Times bestselling author of “Bullies: How the Left’s Culture of Fear and Intimidation Silences America.”