It was passed by Congress, signed by the president and upheld by the Supreme Court. But the individual mandate — a requirement that every American buy the kind of insurance deemed appropriate by the federal government — is being repealed by the American people. 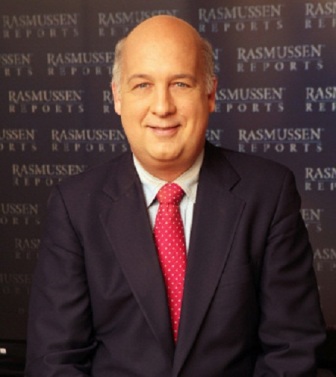 From day one, the Obama administration has been handing out exemptions to the mandate. Currently, there are 14 categories of “hardship” exemptions. This week, the March 31 deadline for signing up to avoid the fines was extended.

An expert on the law, Robert Laszewski, recently blogged “What Individual Mandate?” He notes that the vast majority of those eligible for federal subsidies have not signed up.

Think about that: The government is offering free money. All you have to do is sign up for insurance on the newly created exchanges. Still, three-fourths of those who are eligible have said, “No, thank you.”

There are many implications in these numbers. For one thing, it shows that the American people are a lot smarter than government regulators believe. Consumers quickly figured out that the law requires tens of millions of Americans to buy more insurance than they need.

Just as important, over the past six months, the American people have read between the lines to realize that the politicians don’t have the nerve to penalize them for buying overpriced insurance.

Laszewski puts it this way: “There will be an election in November. Does this administration intend to go into that election getting ready to fine 75% of those who were eligible for a subsidy — about 13 million people — and didn’t sign-up?” He adds that such an action would “create a political hardship for the Obama administration.”

The Democrats have enough trouble defending the health care law and have no desire to infuriate another 13 million potential voters. This is not just a temporary phenomenon. The political dynamics will be the same anytime voters go to the polls. Does anybody really think the mandate will be enforced in the runup to the 2016 presidential election? Both the Republicans and the Democrats will nominate candidates who pledge to formally undo whatever remains of the hated mandate.

The mandate has been effectively repealed. It will never be enforced in a significant manner.

Unfortunately, this solution still leaves 13 million low-income Americans in legal limbo and without insurance. Congress could easily fix this by providing an exemption for any American who buys major medical insurance. Such plans offer limited coverage but are far less expensive than what’s available on the exchanges. To give consumers this choice, Congress would also have to end the newly minted regulations that prohibit insurance companies from offering more affordable insurance plans.

For consumers, the result would be a much fuller range of options. Some would opt for the least expensive, bare bones coverage, a choice that might work well for the young and healthy. Such plans would be a big improvement for those without insurance today.

A few consumers might still buy all the coverage that the president believes is appropriate. Most, though, would end up somewhere in between the extremes. The key is not what choices people make, but the simple fact that everyone would have many more affordable options to choose from.

Perhaps this could be called the Affordable Insurance Act.

The Wizards of Washington Can’t Deliver[2]