James Damore Was Right: The Inconvenient Truth Behind The Google Memo

“In my document, I committed heresy against the Google creed by stating that not all disparities between men and women that we see in the world are the result of discriminatory treatment.” – James Damore[1] 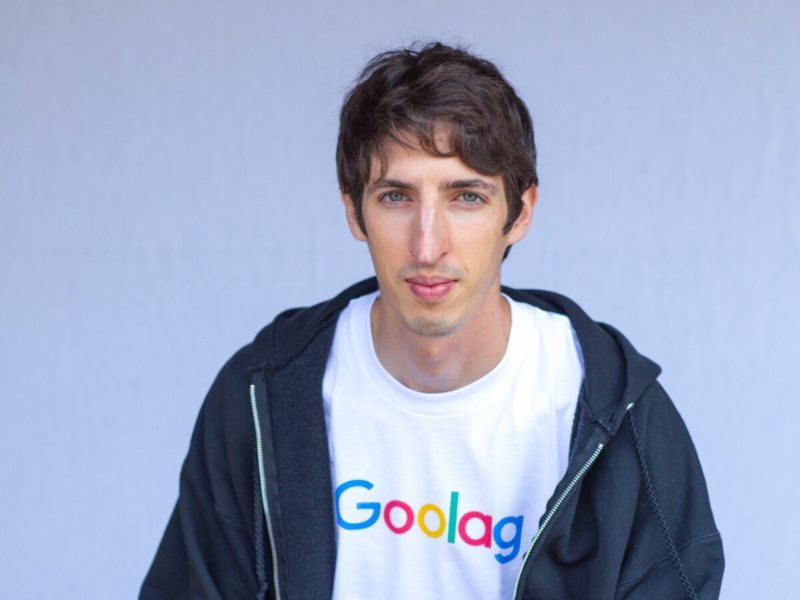 For black liberals, it’s always that ugly period between slavery and the Civil Rights era when they’re horribly oppressed while to feminists, we’re always stuck in the bad old days when women couldn’t vote, were encouraged not to go to college, and were generally thought to belong in the kitchen when they weren’t making babies. In fact, a feminist who sees the world as it really is in 2017 no longer qualifies as a feminist in the eyes of most liberals.

……Which brings us to James Damore’s now notorious memo at Google.

Let me suggest something that’s incredibly controversial: for the most part, Damore was right. That’s something you’re not supposed to say because the Gods of Feminism demand that we all bow down to the false idea that men and women are all exactly equal in every way that benefits women and that any differences that don’t work to the benefit of women must be explained by discrimination.

Of course, before we explain what James Damore was right about, it’s important to note the things liberals FALSELY claim he said.

Liberals always seem to find it easier to lie about what someone says and then kick the stuffing out of the strawman than to deal with their real argument.

So, what did Damore argue? Well, the crux of his argument is that Google’s engineers are mostly male because of a combination of cultural and biological reasons, not discrimination against women.

Was Damore right? Evolutionary psychology professor Geoffrey Miller[3] (whose work I’ve read and enjoyed previously) says that he was spot-on.

For what it’s worth, I think that almost all of the Google memo’s empirical claims are scientifically accurate. Moreover, they are stated quite carefully and dispassionately. Its key claims about sex differences are especially well-supported by large volumes of research across species, cultures, and history. I know a little about sex differences research. On the topic of evolution and human sexuality, I’ve taught for 28 years, written 4 books and over 100 academic publications, given 190 talks, reviewed papers for over 50 journals, and mentored 11 Ph.D. students. Whoever the memo’s author is, he has obviously read a fair amount about these topics. Graded fairly, his memo would get at least an A- in any masters’ level psychology course. It is consistent with the scientific state of the art on sex differences.

Want some real-world evidence? Well, in our overwhelmingly liberal college system, 57% of college students are female. Additionally, women outnumber men in grad school by a 136 to 100 ratio[4]. Of course, if those numbers were reversed and male students made up 57% of college students, it would be considered a national crisis. But who cares as long as men are the ones getting the short end of the stick, right?

In any case, our college system is liberal. It pushes “diversity” and “girl power” non-stop. There are more women than men going to college. The percentages skew even more in women’s favor when you’re talking about grad school. Yet, 67% of the math degrees and 75% of the engineering doctoral degrees[5] go to men. Meanwhile, women dominate fields like education, public administration and social sciences. Ever note that it’s not a crisis that most teachers are female? That’s curious, isn’t it? Especially since boys tend to be doing worse than girls in our education system. In any case, if women are CHOOSING not to get math and engineering degrees, is it any shock that men dominate tech companies like Google? A women’s studies degree may help you get “woke,” but it doesn’t prepare you to code for a firm in Silicon Valley.

Are women less capable of doing tech on a high level? That’s entirely possible, especially when you consider IQ differences. Keep in mind that although men and women have equivalent IQs and there are certainly many female geniuses, female intelligence tends to be closer to the average intelligence while male intelligence tends to be much more variable. Put another way, there are more dumb men than dumb women, but male geniuses also outnumber female geniuses 7-to-1[6]. So when you’re talking about a highly competitive, highly intellectual field, men are typically going to outstrip women in numbers almost by default. That doesn’t make men better or women worse; it just makes us different.

Setting that side, you also have to consider that there are different incentives for men and women when it comes to finding a career. Culturally, men are still expected to be providers in a relationship. That drives them to find high paying jobs. Meanwhile, 95% of men don’t care if a woman is an engineer or a maid as long as she’s pretty, treats them well and they enjoy being around her. As a practical matter, most women are not wired that way. A man who makes good money and has a prestigious job tends to have a leg up on one that doesn’t. In other words, a man may feel more compelled to pursue a STEM education than a woman simply because it’s much more likely to benefit him with the opposite sex than a degree in education or social sciences.

If you ignore those realities because they clash with a feminist agenda, you end up with a CEO noting that Google “strongly support(s) the right of Googlers to express themselves” and “co-workers shouldn’t have to worry that each time they open their mouths to speak in a meeting,” right before he fires someone for daring to state a truth that didn’t line up with liberal dogma. Google likes to say that the company motto is, “Don’t be evil.” It should try living up to it sometime.