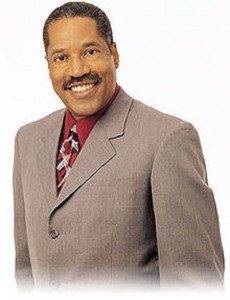 To his enthusiastic audience, Williams reeled off lie after lie, all in the name of black “resistance” over the “oppressor” — meaning anyone he believes benefits from “this invention called whiteness.” Time magazine called his discourse “powerful.”

Where are fact-checkers when the fact-devoid desperately need fact-checking? After all, Williams practically (SET ITAL) begged (END ITAL) to be fact-checked when he said, “What we’ve been doing is looking at the data and we know that police somehow manage to de-escalate, disarm and not kill white people every day.”

The “police … manage to … not kill white people every day”?

Let’s start with 2014, the last year for which there are official records. According to the Centers for Disease Control, the police killed 261 whites and 131 blacks. The CDC also found that from 1999 to 2013, the police killed almost twice the number of whites compared to blacks, 3,160 and 1,724, respectively.

Criminology professor Peter Moskos looked at the numbers of those killed by officers from May 2013 to April 2015 and found that 49 percent were white, while 30 percent were black. “Adjusted for the homicide rate,” says Moskos, “whites are 1.7 times more likely than blacks to die at the hands of police.” So if anything, whites have more to complain about than Mr. Williams.

What about traffic stops and race? Surely cops racially profile blacks, wrongly and disproportionately stopping them? Not according to the National Institute of Justice, the research arm of the Department of Justice. In its 2013 report, “Race, Trust and Police Legitimacy,” the NIJ found that 75 percent of blacks admitted that they were stopped for “legitimate reasons.” And it turns out blacks disproportionately commit traffic offenses, whether speeding, driving without a license, driving with expired tags, driving without the seat belt on or without a car seat for a baby, and so on. Numerical disparities, said the NIJ, result from “differences in offending” in addition to “differences in exposure to the police” and “differences in driving patterns.”

What about 2015, a year in which Black Lives Matter protested a number of high-profile police/black suspect encounters? According to The Washington Post, the police killed 965 people. But the Post found that “white police officers killing unarmed black men represent less than 4 percent of fatal police shootings.” Remember, a black man, extremely popular among blacks, has been president for over seven years. He has nominated, and Congress has approved, back-to-back attorneys general. Nothing stops the Department of Justice from filing civil rights charges against the officers for “murder.” But the DOJ has not done so.

Williams attacked whites for engaging in what has become known as “cultural appropriation,” although he did not use that term. He said: “This invention called whiteness uses and abuses us, burying black people out of sight and out of mind while extracting our culture, our dollars, our entertainment like oil — black gold, ghettoizing and demeaning our creations then stealing them, gentrifying our genius and then trying us on like costumes before discarding our bodies like rinds of strange fruit. The thing is though … the thing is that just because we’re magic doesn’t mean we’re not real.”

That’s a mouthful, especially when the primary buyers of rap music, a black-dominated genre, mostly are white consumers. Snoop Dogg, Ice-T, Run-D.M.C. and Jay Z got rich while happily being culturally appropriated by white kids living in the suburbs.

It’s also interesting to note that Williams is a product of a white mother and black father, both of whom were in the audience. So his mom is an “invention,” while his dad is “magic.” Must make for interesting conversation in the Williams’ home at dinnertime. And a rich, half-white actor delivered an attack on whites on a cable channel owned by a corporation whose primarily shareholders are a family headed by a patriarch named Sumner Redstone, a Jew.

Larry Elder is a best-selling author and nationally syndicated radio talk-show host. To find out more about Larry Elder, or become an “Elderado,” visit www.LarryElder.com[2]. Follow Larry on Twitter @larryelder.

The Embrace Of Socialism — Despite Its Track Record[3]